The name Charles Duke might not ring that many bells today, but back in the day of the Apollo program, he was one of the major figures of the American effort to make a playground out of the Moon. He’s now back into the spotlight after becoming the guy who used electric vehicles for transportation on two different worlds.
17 photos

Duke, now 85 years old, was part of the tenth crewed mission to the Moon, Apollo 16, acting as lunar module pilot. His crew was one of three (together with Apollo 15 and Apollo 17) to have been assigned and used a Lunar Roving Vehicle, or LRV, for exploration purposes.

For all intents and purposes, the LRV is the first Earth-made means of transportation that carried humans on the surface of another world. Put together by Boeing, it was a 210 kg (463 lbs) contraption, in fact nothing more than a chassis with seats in it, resting on generously-spaced wheels.

The LRV was electric, being powered by two 36-volt silver-zinc potassium hydroxide non-rechargeable batteries. Also, there were four Delco electric motors to spin and steer the wheels, each of them developing no more than 0.25 horsepower.

Duke is thus one of the men who got to experience how an electric vehicle behaves on the surface of another world. And now that EVs are all the craze on our planet, a point of reference can be established.

Taking advantage of the 50th anniversary of the first LRV landing on the Moon (which, to be fair, will be celebrated in July 2021), German carmaker Porsche put Duke inside one of its electric Taycans and allowed him to take it for a spin at a small airport near Austin, Texas. You can see how that went in the second video attached below.

“I’ve driven golf carts of course but down here on Earth I had never driven a car that was all-electric. But I think I have the same mental outlook for a new car as I have for an airplane,” Duke said in a statement.

“First I have to sit there and take it all in. The visibility and layout of the cockpit, throttle and controls. It’s an amazing car, and the technology in the Taycan is an order of magnitude over our rover.” 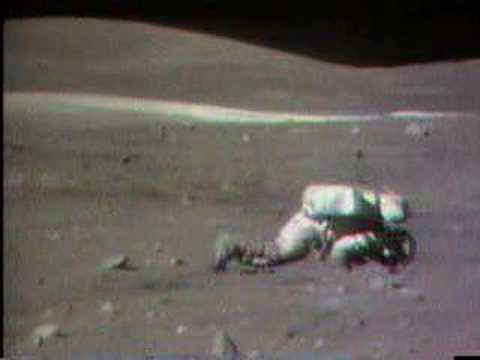 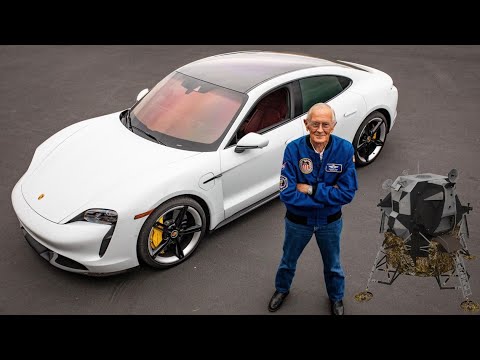