4 The Lavish Life of the Tinder Swindler, With Private Jets and Supercars

5 Best Way to Cross the Owner of a Crashed Ferrari F12: “You Can’t Park There, Mate”
Coverstory

This Ferrari F430 Is a Toyota MR2 Coupe in Disguise, but It Didn’t Fool the Police

Home > News > U-turn
Elena Gorgan
Not all that glitters is gold, and not every Ferrari-badged red car is a Prancing Horse, regardless of how convincing a fake might be. Like this Ferrari F430.
12 photos

Ferrari fakes or replicas (if you’re feeling a bit more generous towards whoever is building them) are not as rare as you’d imagine. Because Ferrari ownership implies a certain social and financial status, it is usually an aspirational vehicle – one that many home builders will try to replicate. Call it a sort of Ferrari manifesting, if you’re still in that generous mood: faking Ferrari ownership until the real thing happens.

Usually, Ferrari fakes get builders in trouble with the Maranello brass. Ferrari has a reputation as the one carmaker that will sue for the silliest reason, including longtime clients. It goes without saying that fakes are at the top of the list at all times.

For once, it’s not Ferrari who’s getting a builder in trouble, but the police. Last week, the Guardia di Finanza (Finance Police) in Asti, Italy announced the completion of Operazione Cavallino – Operation Little Horse, not an incredibly inspired name, but an accurate one. It resulted in the arrest of a 26-year-old man, the owner and driver of a red car that resembled a Ferrari F430 but was in reality a convincing fake based on a Toyota MR2 Coupe.

According to Italian media, the fake F430 featured real Ferrari badging and even legit manufacturing parts, so whoever worked on it clearly invested a lot of effort and money into making it convincing. Original parts included the wheel arches, rims, brake calipers, front and rear hood, and of course, the Ferrari and Pininfarina logos and badges both on the interior and outside.

No details on the origin of the fake are offered, but conflicting reports say that either the 26-year-old built it himself or he bought it from the previous owner, who had obscured the Ferrari badging. Whether the dude did it because he was trying to sell it off and make a profit, or just to show off is also unknown. A Ferrari F430, which was in production between 2004 and 2009, can fetch as much as €200,000, so about $207,000 at the current exchange rate.

That said, faking a Ferrari is a crime, so the man was charged with using trademarked elements without authorization. On social media, he’s emerged as some kind of unsung hero, who, while still in the wrong for doing something illegal, should at least get some recognition – if not a job with Ferrari – for how convincing the fake F430 came out. 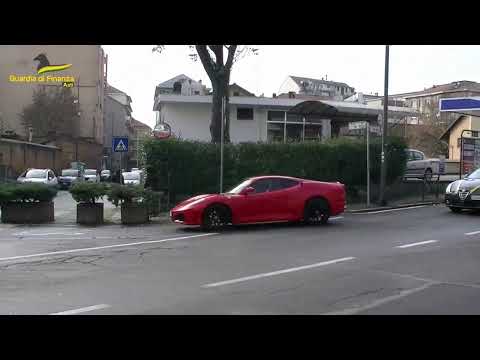