5 Lorry Driver Using Laptop Kills Family of Six
Up Next

Toyota Built an Unique Yaris that Giggles and Laughs When Tickled

Ionut Ungureanu
Seeing how the love for cars spreads throughout generations is something we simply have to write of. And that's exactly what this video is all about, since it shows the moment a father is surrounded by his entire family to celebrate his 60th anniversary. Things get really emotional when the man is gifted with a restored 1968 Pontiac GTO, the same car model that he and his wife drove around for 16 years.
1 photo
The YouTube video was recently uploaded and had us feeling all emotional. We’re not usually that soft to be honest, but is there anything better than sharing the love for cars with your parents? The story seems quite regular, if not simple, yet it will most likely bring a tear to you eyes.

As far as the video details stand for, it appears the man used to own a green 1968 Pontiac GTO he drove for 16 years, bought and paid for with his own hard earned money. The car was also the vehicle his wife and him would use as a daily driver, so it obviously came with a lot of memories on board.

Since the married couple were celebrating their 60th birthdays, their son decided it would be the best thing ever if he was to find a similar if not identical car, restore it and gift them with. Finding some old pictures with the Pontiac obviously helped with the search and the emotional impact was probably bigger than they thought.

At some point you can hear a 3-year old kid saying the keys are from a new car, but don’t worry, the surprise is not ruined after all. 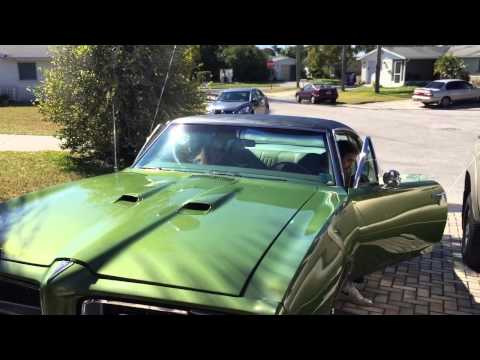