Beauty is in the eye of the beholder, they say. There is plenty of that with this custom car, regardless of who is doing the beholding.

Yet John Martin’s Mako is the kind of custom vehicle that is bound to get auto enthusiasts divided. It’s a restomod of a replica of inarguably the most influential (and famous) Chevrolet prototype in history, but it’s also a beautiful, masterfully fabricated automobile. For Marin, it’s a piece of rolling art, controversy be damned.

This Mako is also a dream come true: as Martin explained in an interview with Vettes of Atlanta earlier this year, he’d been dreaming of the Corvette Mako Shark since he was a boy. He’s a Corvette guy through and through, but owning a Mako Shark was a dream he didn’t believe could ever come true.

It did by mere chance, with a most unexpected barn find. Technically, it was a field find, since he noticed the hood of a Mako Shark peeking through the tall grass, as he drove through a rural area outside Red Bridge, North Carolina. Of course, it wasn’t an original Mako Shark, but it was an original ‘70s replica and, once he decided it could serve as basis for his dream Corvette, it was better than his highest expectation.
The Corvette Mako Shark is one of the most influential functional prototypes ever, inspiring future generations of Corvettes and becoming lodged in the collective memory as the coolest and coolest-looking car created that could not be had. It spanned two models (Mako Shark I and Mako Shark II, the latter being the inspiration for Martin’s own Mako), but with various modifications from showing to showing. The Mako Shark II (XP-755 by its official name) was introduced in 1965 as a $3 million rolling piece of conceptual art, but it was turned into a legit James Bond car within months.

It was the work of General Motors’ Styling and Design head Bill Mitchell and designer Larry Shinoda, and it was inspired by a Mako shark Mitchell fished off the coast of Florida. Shinoda doubted it was actually a Mako shark, but what mattered was that Mitchell believed it to be – and that he wanted a car that would replicate the aesthetics and the menacing stance, which had to translate into impressive performance.

The Mako Shark became so popular that customers, not content with getting just styling influences in the next generation of Corvette, opted for kits that would replicate the real deal. One such kit was the basis of Martin’s Mako, which was done on commission by Larry Bartley and his shop The Bad Boys of Corvette Restauration. When Martin found the Mako, it was badly damaged by the elements and decades of neglect, which compounded the damage from a frontal collision.

Some might think this kind of damage didn’t leave too much to work on as a restauration project, but Martin and The Bad Boys saw in this an opportunity: a blank slate on which to write Martin’s dream Mako, or the Fako Mako, as the shop called it. The frame of a ‘73 big-block Corvette race car that had also been damaged in the front end was used, original and period-correct Corvette parts were used, many parts were fabricated by hand, and upgrades were made to bring the resulting vehicle in modern times.

As Martin explains in his most recent interview (see the video below), these include custom suspension, air conditioning, hydraulic clutch, power brakes, and ‘80s leather seats, because he loves that styling better than the seats of previous decades. The rear end is from a 1997 Corvette, he says in another interview, while the vents on the hood and the grill were fabricated by hand. The Fako Mako is powered by a 1973 Chevrolet 454 engine, developing 390 hp and mated to a Muncie M22 Rock Crusher transmission. Martin hardly ever takes it over 60 mph (96.5 kph), because he wants to preserve it.

The restomod Mako took its maiden voyage in June 2020, after more than 1,750 work hours, one year and a half in the shop, and an unspecified amount of money spent on it. In the time since, it’s been attending car shows and Corvette meets across the country, enjoying its status as a modern-day Mako Shark – kind of like a fantasy future Mako, if the original had ever gone into production. Martin calls it his “Michelangelo of rolling art” and “like a unicorn” for the way it gets people to want to touch it to check if it’s real. 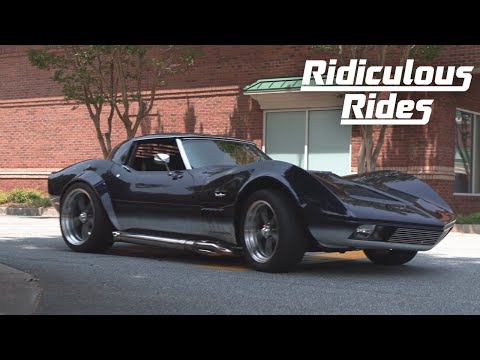 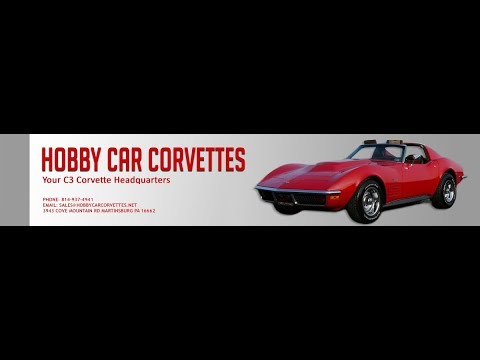