3 Defiant Helicopter Effortlessly Flies for Over 800 Miles, Leaves Florida for the 1st Time

4 Defiant Helicopter Zigzags and Flies External Loads at 115 MPH, Taste of That Inside

5 Defiant Helicopter Hiding in the Trees Is Something We Should Get Used To
Car video reviews:
Up Next

There are just a few helicopters in human history as successful as the mighty Black Hawk. Born in the hangars of Sikorsky back in the 1970s, the machine quickly rose to star status in the ranks of the American military, and later allied ones, and in the years that have passed since, some 4,000 of them rolled off the lines. But the Hawk is getting old, and the American military plans to rid itself of it starting the end of this decade.

This 7,500 HP Beast of an Engine Will Spin the Blades of America’s Next Assault Helicopter

To achieve that, the U.S. Army kicked off in 2019 a program called Future Long-Range Assault Aircraft (FLRAA). Since then, three companies have signed up to deliver something for this program: Bell with its V-280 Valor, and the coalition between Sikorsky and Boeing, with their SB-1 Defiant, or Defiant X.

It is the Defiant we’re here to look at today, or more specifically the mighty engine that will underpin it once it’s ready, and if the Army decides to go for this one.

You see, Sikorsky and Boeing both promise the helicopter will be the “fastest assault helicopter in history,” and even if in the case of rotary-wing aircraft that’s generally not that fast, compared to airplanes, it should break new norms.

The two companies already have a prototype helicopter being put through its paces, and we’ve seen plenty of it in action this past year, performing anything from high-speed zig-zag maneuvers to hovering in the trees and even departing Florida for the first time, for a 800-mile (1,287 km) trip (with stops) to the Army Aviation Association of America’s annual summit in Nashville, Tennessee.

For what it’s worth, we were never told what engine this prototype uses, but Sikorsky and Boeing both announced that should production begin, Honeywell will be the engine supplier.

This company is already a huge name in the industry, its engines powering a wealth of military machines. One of the most famous powerplant Honeywell makes is the T55, which spins the blades of helicopters like the CH-47 and MH-47 Chinooks.

The T55 will not be used for the Defiant, but a successor of it called HTS7500. It comes with the promises of 42 percent more power than the most recent T55, but an 18 percent reduction in fuel consumption as well.

Honeywell says this thing can “fly farther, faster with a higher power-to-weight ratio than any comparable engine,” and it does so thanks to the 7,500 shaft horsepower it develops at 15,000 rpm.

The current Black Hawk comes with a never exceed speed of 222 mph (357 kph), but the Defiant will likely drastically improve on that. The “fastest assault helicopter in history” should be capable of reaching a cruise speed of 286 mph (460 kph) once it’s ready for duty. For now, during testing conducted at the start of the year, it got to 272 mph (438 kph).

A great helicopter engine is not only about speed, though. It also has to allow the machine it powers to lift weight, and perform aggressive maneuvers. As tested until now, the Defiant proved it could easily navigate 60-degree banked turns and lift up to 5,300 pounds (2.4 tons) of external payload.

As per the calendar announced by the Army (somewhat delayed by now), the critical design review of the selected helicopter should take place in 2024. By the turn of the decade, the first new assault helicopters should start replacing the aging Black Hawk.

The price of a single unit of the FLRAA helicopter is estimated at over $50 million, but if we are to judge by past experience, that’s probably just wishful thinking. 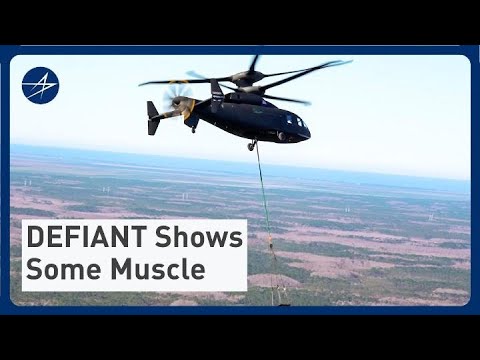 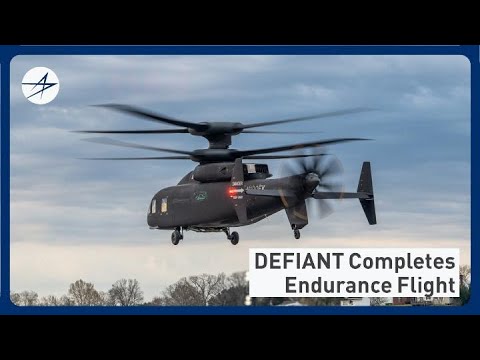 Remembering the Mighty Duck, the World’s Most Iconic Amphibious VehicleSee all coverstories