Making it second only to the original 1953 Chevrolet Corvette in scarcity, just 700 units of “America’s sports car” were built for the 1955 model year. But this example is even more special, allegedly.
50 photos

During 1953 and 1954, Chevrolet offered the Corvette for sale with a mandatory-option Powerglide automatic transmission. Even part of the build quota for the third model year continued so, until General Motors finally introduced a new three-speed manual transmission later during the MY’s run.

Naturally, the Detroit automaker didn’t just start production of Corvettes with the new stick shift without proper testing. And, allegedly, this 1955 ‘ Vette produced in June 1955 was “used by the manufacturer as a prototype to evaluate the three-speed manual transmission.” Now, one can choose to believe or not the dealer's description (goes by the 911r username on Bring a Trailer).

What remains is the fact that we are dealing with one of just 700 Corvettes created for 1955, and possibly one of the very first examples to have a stick shift in the cockpit. According to the story shared on the auction portal, the crimson on light beige with red stitching upholstery Chevy was a California dweller during the 1960s before moving to Oregon in 1988.

Once there, it underwent a proper refurbishment procedure and a second refresh was completed recently after the current owner bought the ‘Vette in 2018. Naturally, it looks pristine and the consigning dealer knows how to put in the perfect spotlight – just check out the professional photo session tucked inside the gallery and dare say it isn’t so.

Power comes from an equally stunning 265ci V8 engine and other highlights include a tan soft top, headlight grilles, heater and AM radio as creature comforts, as well as an NCRS Top Flight award, along with a clean Oregon title. With a little over eight hours left on the auction clock, it’s no wonder the current highest bid has surged to $82,500. Still, it’s anyone’s guess if that will be enough to cover for the reserve... 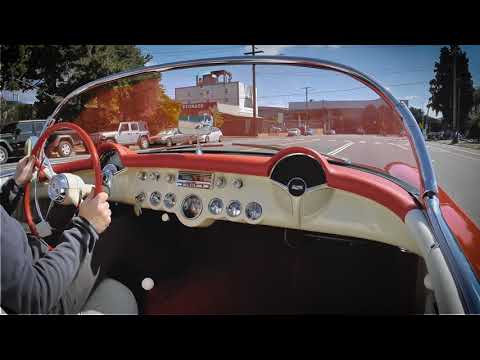 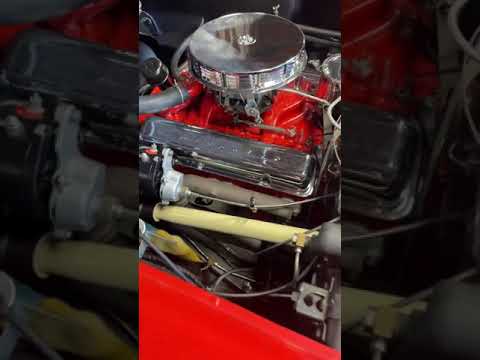