1 Pilatus P2 Served in the Mighty Swiss Air Force, Is Cheaper Than a McLaren GT

4 This 1945 Supermarine Spitfire Missed the Nazis, Flew Over Asia Instead

This 1951 Bell 47 Helicopter Was in MASH, Then Went On to Count Cattle

MASH stands for Mobile Army Surgical Hospital, and since 1945 it’s basically a military medical unit deployed in combat areas. It is also the name of one of the greatest war comedy-drama series ever made.
5 photos

The M*A*S*H TV series became a worldwide phenomenon thanks to the way it showed the grim realities of the Korean War, wrapping them in a package all of us could understand and react to. It also created a series of icons back in the 1970s (some of them enduring to this day), like Hawkeye, Hot Lips, or Radar. Oh, and let’s not forget the funky shaped helicopters that flew above the set.

The insect-like machines were Bell 47 helicopters, not unlike the ones the U.S. military deployed in Korea during the three-year war. They were used for a variety of purposes, from reconnaissance to medical evacuation.

Since M*A*S*H was centered on medical care, there were quite a number of Bell helicopters featured in the series. One of them is this example here, a 47-D1 made in 1951. Apparently, the helicopter was first used by the U.S. Navy as a trainer until 1958. It then entered the private circuit and was completely rebuilt in 1973.

The Bell is for sale and, according to the description, it is one of two such machines being shown in the opening scene (the one closest to the camera), where two of them are flying in formation. It also shows up in the second scene as it approaches the landing pad.

Allegedly the helicopter stayed on set and was used on various occasions “both as set dressing and in flying scenes.“ It is also the one shown in the final departure shot of the final episode, “Goodbye, Farewell and Amen,” one that has been watched at the time by some 106 million people.

After it ended its filming career, the 47 moved on to a farm, where it was used for crop-dusting and counting cattle. It was saved from that life and once again brought back to its former glory.

The helicopter is now for sale for an undisclosed price, and has been so for a while now. 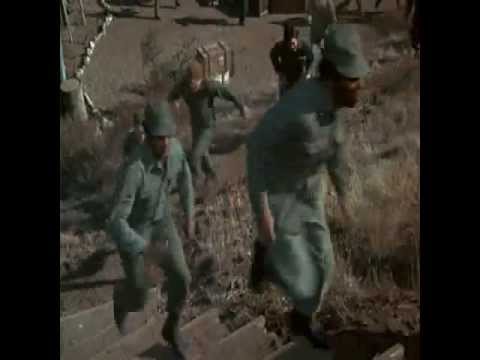