3 The Navy Is Working on a Flying Submarine Drone, and It’s Scary

4 The Government Is Developing a Naval Mine-lookalike Surveillance Drone

We all know that what the military is using in terms of technology regularly is the best. It doesn’t get any better than that, and the reason they have this priority is more than obvious. So when you talk about a tiny device inspired by a dragonfly that is capable of staying aloft up to 25 minutes and that costs about $40,000 a piece, you know there’s something interesting to it.
1 photo
Regular unmanned aerial vehicles created for civil use get lighter, faster, smarter, and more battery efficient by the month. But whatever these companies will do, the military is most likely going to be one step ahead. Take this 18-gram bug drone created by Norway’s Prox Dynamics. Not only is it light, fast and almost unnoticeable, but it’s also packing some useful surveillance gizmos.

According to Defense One, the PD-100 Black Hornet can bear regular and thermal cameras about a kilometer and stay aloft more than 25 minutes. It lifts off from a small box that straps to a utility belt, which is also where the data is stored. Instead of flying around with all the information it records like most of the drones do, this bug will have nothing "to say" in case the enemy captures it.

Flying the drone bug is done manually via a videogame-like one-handed controller. The mini-chopper can also fly itself according to previous waypoints the operator sets. It may seem like last-minute technology, but according to the source, the PD-100 has been in operational use for three years, including extensive use by British Brigade Reconnaissance Force in Afghanistan.

Apparently the U.S. Army Special Forces are also utilizing a couple of these puppies, so we wouldn’t be surprised one day a bug drone like that would be available on the civil market as well. Let’s face it, folks, information is the one thing worth all the cash and that's what the future is all about. 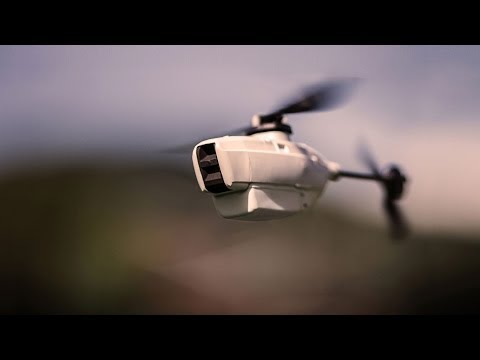