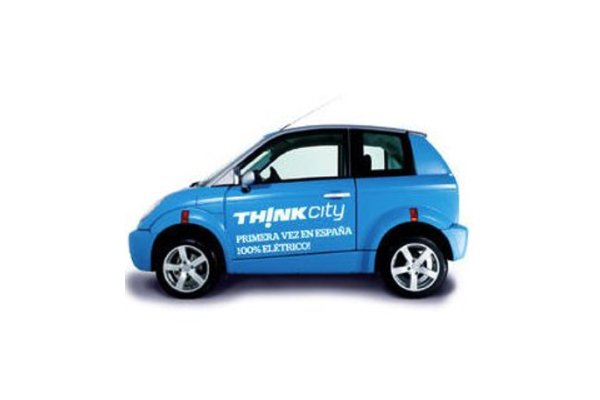 If you have been watching what is about to become the Think saga, then you know that the little Norwegian EV car has just about the best chances to become the world's first wide-spread electric vehicle. Think, the company behind the City Car, has taken yet a major step in that direction by signing an agreement with Spanish government officials.

The Think City Car, 550 of them, will enter the Spanish market during the second half of 2009, all the way through early 2010. The car will enter a test program, meant on gaining "driving experience of running and operating EVs in Spain."

Think has, as we said, the support of the Spanish government. As Juan Luis Pia, the country's manager of transport with the industry minister said, “The Spanish government is providing 10 million Euros to support the early introduction of electric vehicles. I am delighted to see that Think’s cars are being delivered already this year, so we can prepare the ground for a fast transition to clean vehicles."

Spain will become the company's first Southern European market. "Spain is an important and large market for us, and the Spanish government’s decisive action to move to electric vehicles will enable Think to continue to take advantage of our first-mover position in the European EV market,” Richard Canny, Think CEO added.

The cars are intended to be distributed to retail customers, corporate clients, government and municipal customers. In Spain, the "national retail network is now preparing for the introduction of Think city EVs to their customers throughout Spain,” Gonzalo Alonso , Managing Director of Going Green.