2 VPG MV-1 to Be Unveiled in Washington

5 Wheelchair Motorcycles Come to the US
Coverstory

Thieves in Wheelchairs Tracked Down in Snow 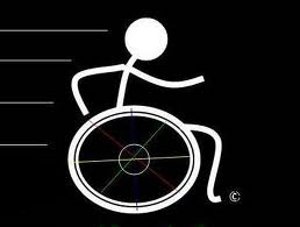 The two guys we're going to tell you about here have two major handicaps when compared to others from their line of work: first, they have a physical disability which forces them to use wheelchairs and second, they appear to be brain dead as well.

Swedish police were alerted by witnesses who have seen a group of people breaking in and carrying out objects from two basement storage areas of an apartment building in Helsingborg, southern Sweden. In all, three people, a woman and two men, have been seen by witnesses.

Police didn't have a hard time finding the happy trio, mostly because two of them where in wheelchairs. Since the entire area was covered in snow, all police had to do was follow the parallel tracks left in the snow by the wheelchairs.

"People had seen them at the spot, but they had managed to escape. However, since two of them were in wheelchairs, they did not get very far. The tracks were not difficult to follow in the snow. We did not even need a dog," Leif Nilsson, the head of the Helsingborg police was quoted as saying by Kvallsposten.

After they got the thieves, officers were surprised to find that they knew the perpetrators, but none of them was known to have had problems which required the use of wheelchairs. On the other hand, officers were not surprised when they recovered basically nothing of the stolen property.

“However, we have recovered a pipe wrench in the seizure, which we presume was used as a theft tool," Nilsson added.