3 SkyDrive's Full-Scale Flying Car Leaves Japan for the First Time, Is on Display at the CES

5 Archer's Ultra-Silent eVTOL Soars to the Skies for the First Time
Car video reviews:
Up Next

There's a New eVTOL in Town. It's Called a Volar and It Nailed Its Test Flight in Dubai

If you’ve never heard about volars, don’t beat yourself up. Neither have we, until now. According to British startup Bellwether Industries, it is the term they use to define a new category of transportation. A volar is a UAM (urban air mobility) aircraft for personal use, and this company just released a video with one of its prototypes flying in Dubai, just to get a better picture.
7 photos

We’re all sick and tired of reading about all the eVTOL (electric vertical take-off and landing) advancements because all we want at this point is to fly the darn things already. Bellwether is yet another startup promising to revolutionize transportation with its flying hypercar, getting all our hopes up. Founded in 2019, the company has kept a very low profile until now, but it recently decided to change that and let the world know what it’s been up to for the last 24 months.

The Bellwether website offers close to zero information on the highly appraised volar, but we now have a fresh video shared by the startup on its social media channels. It is footage of a test flight that took place in Dubai in November but was only released today.

According to Bellwether, as reported by evtol.com, the aircraft in the video is a half-scale prototype of the volar, a two-seater that was remotely piloted and managed to take off and fly at an altitude of just 13 ft (four meters), cruising at a relaxed speed of just 25 mph (40 kph). But Bellwether claims the production model will have a capacity of four or five passengers and will measure around 10.5 ft (3.2 m) in width. That would make it 5 ft (1.5 m) wider than an average car.

That’s all we know so far about the Bellwether volar, with the company adding that it plans to launch the eVTOL in 2028. As far as its initial price goes, if this thing does hit the market, expect to pay for it as much as for a private jet. 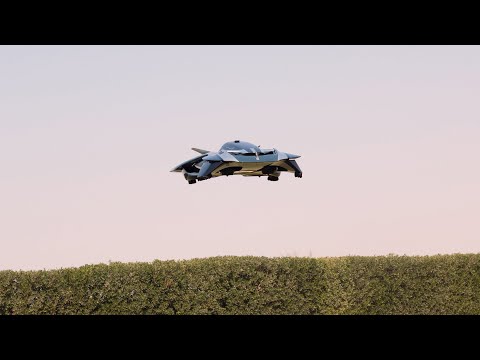