4 You’ll Get Your 2018 Yamaha Star Venture On Christmas, Maybe

Gabriel Brindusescu
Kawasaki just debuted its all-new Z900RS model at the 2017 Tokyo Motor Show, and we have to say the retro is very strong with this one, from its colors to the overall shape and details, everything is a throwback to the manufacturer’s history.
19 photos

Two years of rumor end now with the reveal of the 2018 Kawasaki Z900RS which was created to pay homage to the legendary Z1 model. The new addition also represents the Japanese manufacturer’s debuting model in the very popular neo-retro niche these days after the classic W800 was discontinued last year.

As the name suggests, the engine that powers this beauty is borrowed from the standard Z900, but we can tell you it has been modified to offer peak power at lower revs, making it even more fun to ride in and around the city.

On top of that sits a very important piece for the overall look of the bike; a 17-liter (4.5 gal) teardrop tank, which is a key element in showing its grandfather DNA. This is further emphasized by the retro one-piece seat and the slim rear fender-tail piece, which together make for a pretty flat waistline.

Other retro elements include dual analog dials, a round headlight, oval stoplight, round mirrors, engine case chrome fins, and a neat stainless steel exhaust with one-piece headers, no connector pipes, and a neatly hidden underbelly catalyst.

The new Kawasaki Z900RS might look like an oldtimer, but don’t be fooled by its appearance as it has more features than its Z900 donor. For starters, the RS is fitted with two-modes traction control, which can also be switched off.

One of the modes allows for maximum acceleration and torque wheelies, while the other mode tones down the power delivery for riding on wet, slippery surfaces. Aggressive clutch-up wheelies are not allowed while traction control is on.

Another interesting thing is the fact that the RS comes with sportier radial calipers and all-LED illumination, features that are not found on the standard Z900.

The RS will be available in Candytone Brown & Candytone Orange, Metallic Spark Black, and Metallic Matte Covert Green & Flat Ebony. All it needs is a cafe version, which we’re pretty sure it’s on its way. 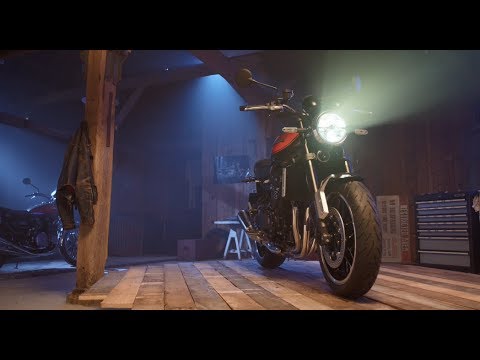 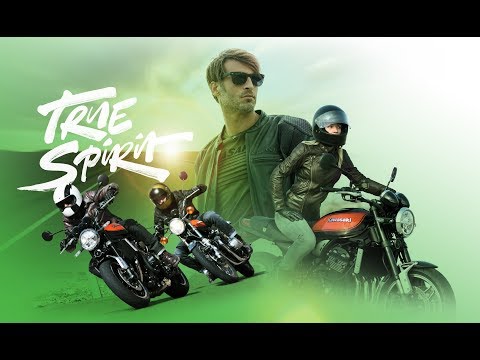