4 BMW Shows the Real Meaning of 'Brings Me Women' Nickname

BMW Shows K 1600 GTL Armrests, Not the Cheapest Upgrade Out There

The World's Fastest M5 Gets Some Strange Sort of a Commercial

After the guys from Manhart Racing announced that they created 'the world's fastest M5' most people were reluctant. Considering how many modified M5s are out there, it's hard to point out which is the fastest.
1 photo
However, after announcing that their project is now for sale, Manhart thought that it may be a good idea to create some sort of a commercial to make you want one and forget about the price tag it has.

The promo video had a great idea behind it but, unfortunately, the end result is dreadful. We're not sure if it's the bad acting of the German 'stars' in front of the camera or just the script but something is definitely wrong here.

We can relate to the overall story though. How many times didn't you storm out of the house after a fight with your girlfriend/fiancee/wife and went for a furious drive in you BMW? We totally understand that but the part with the shaking glasses at the 5th floor and the one where the car is just too fast for the radar are pretty much just funny, instead of being impressive.

Furthermore, the ending scene makes it look like a bad thriller from the 80s where the killer stalks his victims driving by the diner in which they drink their coffees. Oh, and let's not forget the shaking glasses.

Anyway, it's obvious that they are desperately trying to sell this car and, if you have money and want to save us from having to watch another one of these clips, just buy their car and become the proud owner of the planet's fastest F10 M5. 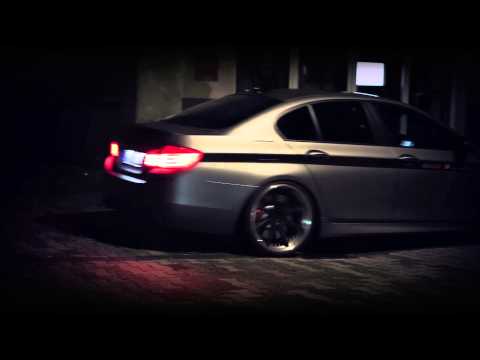