1 What Women Hate About Cars

2 What Bugs Women while Driving

3 Keep Yourself Safe while Driving Alone
Up Next

Home > News > Girls Only
Madalina Iancu
Women taxi drivers in pink-rooftop-colored taxis. Ladies in mini-skirts driving you home. Calling for a taxi and the operator asking you to choose between a male or female taxi driver to take you to the destination. That would be a wonderful scenario in an idealistic world where psychos, murderers and robbers didn’t exist at all. Until then, driving a taxi remains one of the most dangerous professions around, especially if you’re a night driver. Especially if you’re a female taxi driver! “She works hard for the money…”
A few years ago, I was going on a trip around Europe by bus and one night, our driver failed to find the hotel in one of the most mazed capitals of Europe, Budapest. The only wise solution to get to the hotel and enjoy a few hours of good night sleep until the next morning was to call for a taxi to guide us to the address we were searching. The taxi driver that reached us about 1 o’clock in the night spoke only Hungarian and German, so being the only tourist that was speaking Goethe’s language, I was asked to accompany our guide in the taxi to communicate with the driver.

So, I got down and dashed into the taxi that seemed to be a yellow-painted older BMW M3 Coupe. The vehicle was equipped with latest high tech devices, including a GPS. It was obvious it belonged to the luxury cabs category, but the real surprise didn’t consist of the black leather seats but of the driver himself... better said herself. To my surprise, the taxi was driven by a 30-year-old blonde lady, wearing a strapless dress that brought to light her beautiful legs. The woman wasn’t exactly a top model due to the few extra pounds she seemed to have acquired as a result of lack of physical exercise, but she was surely pretty enough to become a victim of sexual harassment of her male clients.

The world has changed and women are now outperforming men in some fields. “She works hard for the money” as Tina Turner says, but what are difficulties of being a female taxi driver?
Carjacking 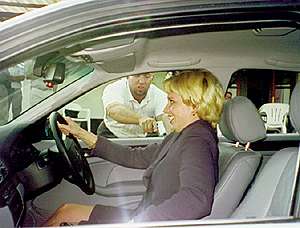 Taxi drivers are usually victims of carjacking, but female taxi drivers may be perfect targets for robbery. Women are more likely to be mugged or otherwise assaulted because they are seen as vulnerable. It's the nature of the business: taxi drivers work alone, deal with customers of all kinds, carry cash and drive to remote areas. Most women work as taxi drivers because they have no other choice due to lack of education.

While we were driven to the hotel by the beautiful female taxi driver, I couldn’t refrain from asking her if it wasn’t dangerous to work in the night shift as a cab driver. You could get killed if you walked on the street in the middle of the day, so if you were going to die then there will be nothing go to do to avoid it, she confessed to me. Of course, the danger increases when you’re female taxi driver working the night shift, but she “afforded the luxury” not to pick up customers that looked suspicious. Moreover, her customers were coming mostly from the telephone operator and knew from the very beginning what was all about.
Rape and murder
Some women working as taxi driver in African countries can consider themselves really lucky if they get away with only being robbed. Rape and murders are something extremely common in many countries from the third world, but women continue to choose this profession to earn money for survival. Many husbands and boyfriends wouldn’t want to see their women working as cab drivers, but there are many ladies who are single and must make a living.

In this job, it happens all the time to deal with drunk or violent customers and it’s no that easy to deal with them. My Hungarian taxi driver told me every time she dealt with some suspicious customer, she always let the dispatcher know where she was going, especially if she had to drive in remote areas.
Attitude makes the difference 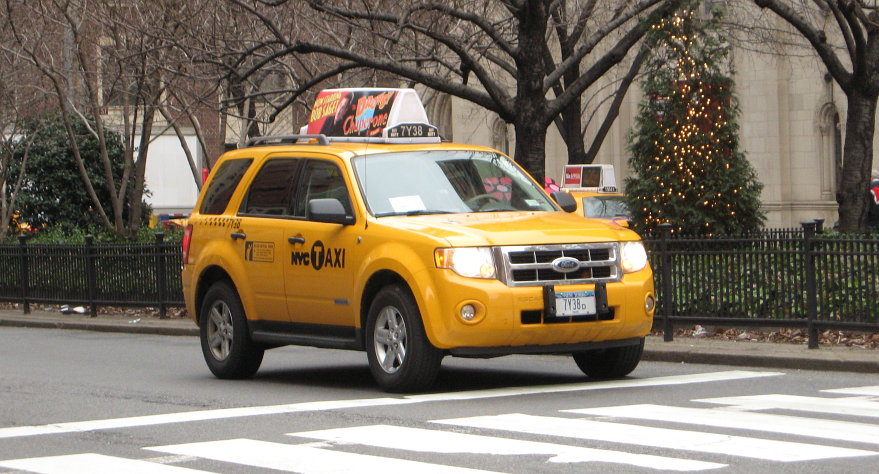 There are, however, women who have abandoned their boring office-jobs for some more adrenalin. Being a taxi driver is surely not as challenging as bungee jumping for instance but it definitely brings more diversity than a secretarial job. If you entered a male area, you sometimes must act like one and be cold-blooded when necessary.

Questions such as “Can I have your number?” or “Can you come up to my room with me?” are extremely frequent in female taxi drivers’ every-day lives. If a simple “no” is just not enough to calm down the dumb-ass, then you must ask him categorically to get off your taxi. A woman that is sure of herself will never be an easy target. If she also has some judo knowledge or a gun with her (if that’s allowed in the country she’s living in), no one will dare to mess up with her.
Are you talking to HER?
Being a female taxi driver is neither a job to envy nor to blame. Yet, one thing is sure: not many women would be able to face this challenge in a still men’s world. In an era when jobs are few and women are still struggling to find equal-paying jobs to their male counterparts, female cab drivers are one successful example. Magazines are full of female managers within multinational companies driving luxury cars but where are the women who have one of the most dangerous professions in this world? They might not be as important as the name of a sales vice presidentfrom a car company, but the female taxi drivers are making history every day on the city streets.