We don't know if you've noticed, but not only have we accepted the term "artificial intelligence" as something perfectly normal, but it's also started popping up in daily conversation more and more often.

AI is in your smartphone and, pretty soon, will be in all vehicles on the road one way or another, but the really scary part is that it's starting to branch out in areas where you wouldn't normally expect to find it. Take yesterday's news of BMW's latest series of Art Cars, for example, which were developed by a silicone brain that had been fed tens of thousands of existing artworks to teach it art.

All of a sudden, the thought of AI taking over vehicle controls doesn't seem so bad anymore. We're OK with giving it something to do if it agrees to leave some for us as well so we won't experience what retired people feel like immediately after we finish school.
Well, if this continuing rivalry between Arrival's racing AI and actual racing drivers that dates back to 2016 is anything to go by, either we get very good at what we're doing, or it'll be game over pretty soon because artificial intelligence, as it turns out, doesn't mess around.

The first time a human driver went against the Arrival's AI driver was five years ago in Rome. Ryan Tuerck, a professional drifter was pitted against the self-driving vehicle on the "Circuito Cittadino Dell'eur", and despite the former's relative lack of experience in this type of racing, he still managed to beat the AI by almost half a minute (01:57:07 to 02:18:04).

Two years later, Formula E veteran Lucas Di Grassi joined on the human side of the fight and raced the AI in France, on the "Circuit de Croix-en-Ternoi". Despite Lucas' experience, the robot driver was able to close the gap to just over two seconds (00:58:11 to 01:00:31). That's serious progress for just two years.

The pair's latest match came back in 2020, this time at the British circuit "Bedford Autodrome". According to Rowland French, the not at all French Creative Director of Roborace, the AI-controlled car looked extremely fast during the testing phase, driving quite literally at the limit. However, there was one caveat: it all happened during one of Britain's few sunny days.

On the day when the confrontation was planned, it started raining. Lucas was the first to go out, and after getting a feel for the track, he decided it was best to avoid the wet patches even if that meant straying off the otherwise ideal racing line.

When Arrival's Roborace car rolled on the track, the conditions had worsened. It made comparing the times of the two quite irrelevant, but only if the AI's turned out to be very poor. Except they didn't. Despite the soaking wet track and the fact the AI decided to follow the racing line no matter what, it was still only 0.26 seconds slower than Di Grassi.

That's enough to give the Arrival team hope that the fourth time will be the charm. There were other reasons to be optimistic as well, such as the AI's quick correction that prevented an unwanted powerslide. "I've never seen it correct like that before," said one member of the team, which is a great thing to hear because it shows the AI might have more things in its locker it hasn't revealed so far, but also kind of scary.

The fourth race has been already announced, we just don't know when, where, or who will compete in it. Since we don't have any official answers, we'll just provide our own: this year, anywhere but the UK, and hopefully still Lucas Di Grassi, taking his eventual defeat like a champion. 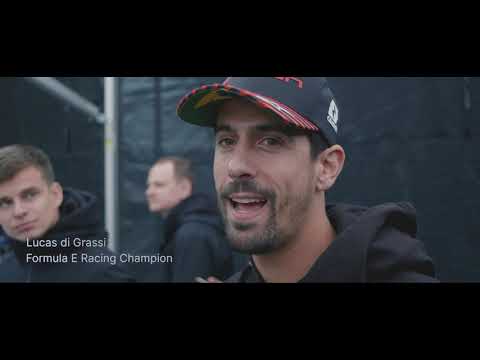