2 Vespa 98 Is the Beautiful, Electric, Modern Take on the Classic Scooter

Vespa: perhaps the most famous, popular and beautiful two-wheeler in the world. To many, Vespas are a symbol of functional elegance. To the Rebel Riders of Indonesia, they’re just a modular two-wheeler that they can customize to their liking.
10 photos

The latest video in the Human Condition series from The Big Story tells a brief but fascinating story of the heavily and uniquely tricked-out Vespas of Indonesia. You will find it at the bottom of the page.

Rebel Riders are a group of self-taught mechanics and builders who use Vespas as their two-wheeler of choice in order to build what would best be described as pure Mad Max material. Using metal sheets, scrap metal and even tree branches, they create motorized scooters that can resemble anything from (miniature) tanks to kickscooters.

Some retain the two-wheel form, others feature up to ten tires – on the back alone. Not a single one is alike another, but they all have in common the same thing: they are born out of the desire to build something new and to use it to experience pure freedom. On that last part, these custom builds are not that different from the OG Teslas.

Each year, the Rebel Riders come together to swap stories and, presumably, trade secrets. Unlike with other groups of this kind, there is no actual sense of ownership of the builds, with Nando saying in the video that any one member’s bike is every other member’s bike. And when that member’s Vespa breaks down, they will use their own to tow it to the nearest location where they can work on it.

Just as impressive is the fact that most of the Rebel Riders are self-taught. They do the work themselves, from the cutting to the welding to the actual build of the new bike frames, whatever they might be.

Are these things safe? Some Most are probably the opposite of safe. They are not that fast, either. But they do attest what creativity and a pair of very skilled hands can bring forth. 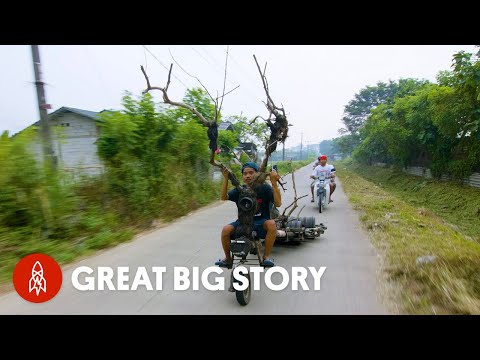