5 Mercedes-Benz Unimog Proves Ideal for Asphalt Repair
Up Next 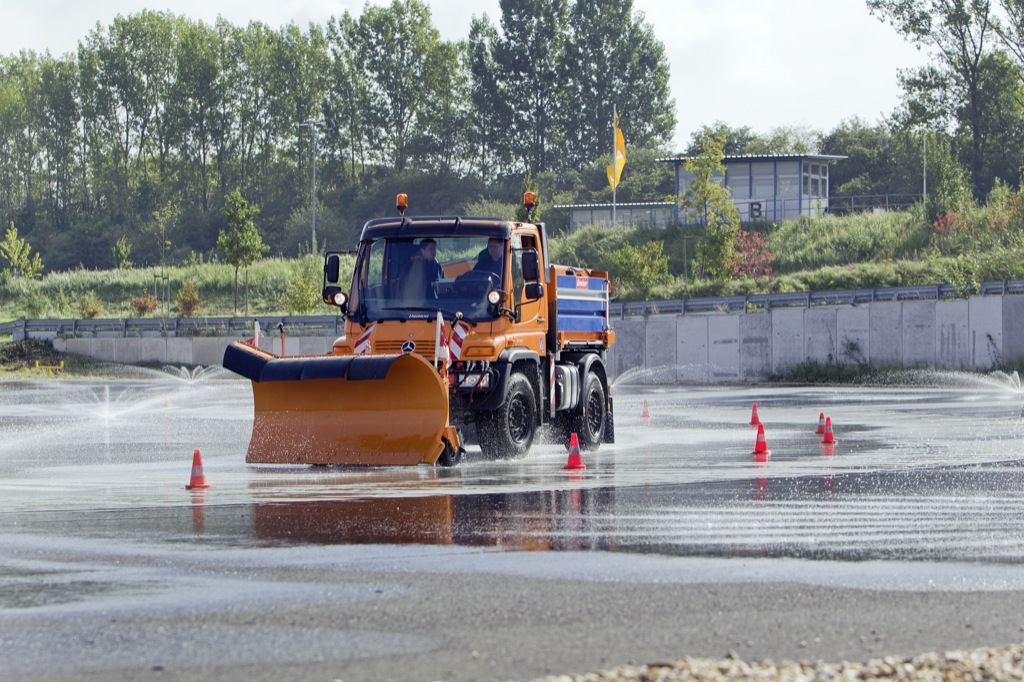 The extremely versatile Mercedes-Benz Unimog, celebrating its 60th anniversary this year, has recently been tested by the ADAC experts in terms of safety. The Unimog, in fact, comes with numerous safety features such as optimal visibility, track-keeping while driving, controlled braking on roads with uneven surfaces, very good impact protection in case of collision, as well as good ergonomics due to a multitude of other features such as vibration protection for the driver.

In addition, blind spots and dangerous situations such as zebra crossings are considerably reduced thanks to the five mirrors on both driver and co-driver sides, and the large panorama windscreen. Also, the rear lighting makes the Unimog clearly visible for following traffic: four rear lights, two blinkers, two reversing lights, two reflectors, one rear fog light and two braking lights. 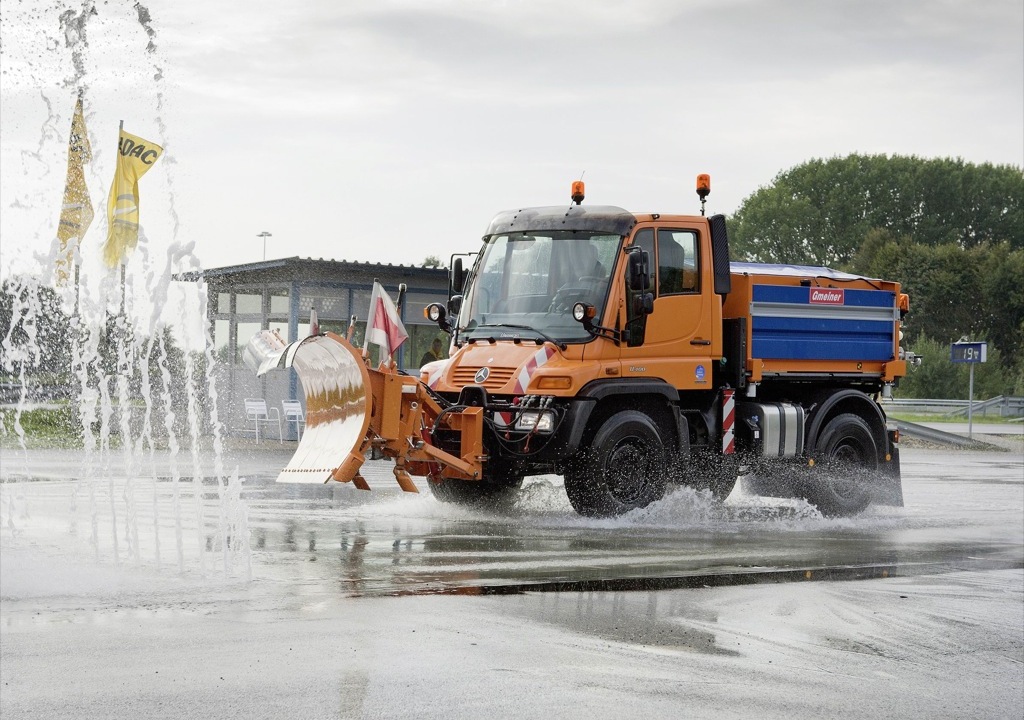 In addition, two side lights and contour and limiting lights make sure that the Unimog can be seen in every situation. At the front, headlights which can be adjusted according to distance provide light in the darkness.

The Unimog is fitted with 4-channel ABS as a standard feature which prevents the wheels from locking. Furthermore, an automatic load-dependent brake (ALB), a pneumatic dual-circuit braking system and the two-stage engine brake, are also featured on the Unimog.

According to the ADAC test, the low vibrations comply with job health and safety regulations and make work for the operator less tiring. If there should by any chance be a rear-end collision in moving traffic, the impact energy is absorbed, while the driver is protected with his 3-point seat belt and integrated headrest which comply with truck standards.