2 A Look Back at the Timeless BMW 3.0 CSL, the Forefather of All M-Badged Bimmers

4 BMW Brings Out the Only E31 M8 Ever Created, You Can See It Too

If you happen to have a special place in your heart for M-tuned Bimmers and small, two-seat sports cars, the thrilling M Roadster is the perfect car for you. A well-kept, low-low mileage example can be had for around $25,000 – about as much as a new, hybrid Toyota Corolla.

Sure, it gobbles up a lot more gas, maintenance costs are high, you won’t be able to drive your kids to school in it, and your better half will probably hate you for buying it, yet owning this German-built bundle of joy will soothe your soul in a way that no hybrid Corolla can.

Before we discuss why spending money on the M Roadster might be the best decision that a high-performance enthusiast can make right now, let’s take a look back at the history of this marvelous machine.

In 1992, BMW kicked off the development of a far more conventional, yet more refined replacement for the quirky Z1. The project was overseen by the head of development, Burkhard Göschel, and the exterior design was handed down to Joji Nagashima. The car was completed in the summer of 1992, but the company decided to put it on ice, fearing that the global markets weren’t too keen to accept a new BMW roadster just yet. Fortunately, it only took about two years for them to change their minds, and by 1994, work on the production version had resumed.

Dubbed Z3, the car arrived in dealerships in the fall of 1995, and it was the first BMW to be exclusively assembled outside of Germany, with the Greer, South Carolina plant receiving the task of building each unit.

Although it looked a lot better than the Z1, it was available with a couple of crappy four-cylinders that couldn’t even hit 120 hp. The manufacturer had a bunch of six cylinders lined up for the 1997 model year, but these too were modest in terms of power.

It was around this time that the M engineers took interest in the Z3. With its E36-derived chassis and low-slung body, it seemed like the perfect base for a thrilling high-performance model, even if upper management disagreed and reluctantly gave them the green light after months of debate.

When it debuted in 1997 alongside its closed-top M Coupe sibling, the M Roadster distinguished itself from the standard Z3 in more ways than one. Exterior upgrades included redesigned bumpers and side vents, more aerodynamic wing mirrors, quad exhaust pipes, or custom Style 40 17-inch wheels.

Inside, the car was as spartan as the conventional Z3, with only a pair of M-styled bucket seats and extra gauges serving as improvements. Most people stated that such a plebian cabin was not what a BMW should offer, but for true enthusiasts, the simplicity and analog feel of it all were refreshing.

This model was not built for comfort, which was made clear by the series of mechanical modifications it received. The chassis was strengthened at key points to improve rigidity, it now donned bigger, E36 M3-sourced brakes, a limited-slip diff, the front, and rear tracks were widened by 0.4 inches (10.2 mm), the ride height was reduced by 1.1 inches (27.9 mm), while the suspension received stiffer components as well as a thoroughly revamped geometry in the front.

All that was nice but the biggest, juiciest upgrade of them all was found under the hood. Initially, the M Roadster (and Coupe) was powered by the same naturally-aspirated, straight-six engines as the M3. This meant that Euro models got the 316-hp, 3.2-liter S50, whereas North American customers had to settle for the emissions-compliant, S52 which could make 240 hp. These units gave the Z3 chassis some oomph, and, coupled with the aforementioned modifications, it finally made it feel like a thoroughbred sports car.

Thankfully, things got even better in 2001 when the M Roadsters aimed at both the European and North American markets received a new engine. Capable of spitting out between 315 and 321 horses (depending on the market), the E46 M3-sourced S54 was a breath of fresh air for this model. Build around a sturdy cast-iron block, it came with forged conrods and new, high compression forged Mahle pistons, an improved double-VANOS system (BMW’s continuously variable valve timing tech), and new cast iron hollow camshafts, finger followers, and individual, electronically actuated throttle bodies.

From 1997 to 2002, no less than 15,322 M Roadsters were produced. In the last two decades, enthusiasts have been obsessed with more typical M cars like the M3 or M5, which has led the prices of a used Roadster to drop.

So, why should you buy one today? Well, first of all, you get M3 power figures and sub-five-second 0 to 60 mph (0-97 kph) acceleration times in what is arguably a sexier, two-seat roadster body. Secondly, you get one of the last, great analog BMW M cars, which makes for an incredible driving experience.

Some will say that its archaic suspension design which uses rear semi-trailing arms that can be traced back to the E30 3 Series of the 1980s, makes it scary to handle at high speeds, especially through tight corners. While I can attest that that’s completely accurate, flirting with danger on a twisty road is what an M-tuned roadster should be all about. With a good, old-fashioned naturally-aspirated six that sends up to 258 lb-ft (350 Nm) to the rear wheels via a five-speed manual, it's raw and seemingly untamable, but that’s exactly what makes it special.

It’s also one heck of a cruiser with a surprisingly comfortable seating position and great visibility that’s perfect for a romantic getaway. Your spouse is guaranteed to forgive you for not buying the Corolla once the breeze flows through her (or his) hair on the open road.

Lastly, spending money on an M Roadster might also prove to be a good investment for the future. While prices have been dropping in recent years mainly because it looks so much like a regular Z3 and it was initially powered by a mediocre M engine in North America, an early Euro-spec model or a latter S54 version will most likely go up in value in the future. It’s rarer than an E36 M3 and arguably cooler, so as it becomes even more vintage, it’s guaranteed to become more sought-after.

If you want to learn more about this grossly underrated car from an owner’s perspective, I recommend the video below posted on YouTube by Exhaust Sports Auto. 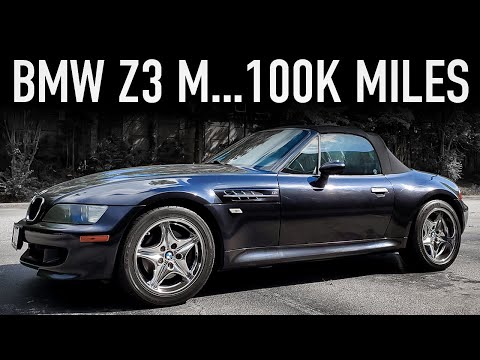