2 Spry+ Near Indestructible Drone Does It All: Swims and Even Takes Off from Water

Ever wonder what the rich are up to with all that cash? Well, some of them go out and buy luxury yachts and cars, while others acquire personal submarines with which to explore the world around. Don’t worry, there’s a chance you can too.

Folks, a company known as DeepFlight broke ground back in 2008 by entering the market with a high-performance submarine made for recreational and adventure purposes. Heralded for their abilities to offer a comfortable, safe, awesome, and non-invasive adventure through marine worlds, this crew has even caught sponsorship from teams like Red Bull.

Today, they have grown to be known the world over and include multiple submarine designs with a wider range of capabilities. Best of all, some luxury hotels around the world offer journeys or travels with some of these wonderful machines. One of the submarines you’ll have the chance of encountering is known as the Dragon, a very befitting name considering how it moves and soars through water.

One neat thing about the Dragon is that it’s electric. Powered by a brushless DC direct drive propulsion system that puts out 14 kWh (18.7 hp) of power, this trinket is not only silent, but completely non-polluting while traveling though marine environments. Believe it or not, according to the manufacturer, the Dragon has an autonomy of 8 hours, but is fully recharged in just 4 hours. That's good compared even to urban mobility vehicles.

Last time this team was in the news, a Dragon was going for $1.5 million (€1.27 million at current exchange rates), nearly three times the average home on the market, maybe even more, depending on the neighborhood. But for this price, owners will receive a 5-meter (16.4-fooot) submarine that needs little to no retrofitting to fit most yachts on the market. With a width of just 1.9 meters (6.2 feet), the craft is suitable for only two occupants, a driver and a passenger, and can only carry a payload of 250 kg (551 lbs).

At just 1,800 kg (3,968 lbs), you could probably devise a towing platform for this sucker and bring it with you to places like Lake Havasu. Not to mention that when you throw down this much cash for a Dragon, DeepFlight includes the launch and recovery solution for your craft.

Inside the submarine the controls have been designed to be as easy to control as possible, allowing owners with no experience to enjoy a morning underwater cruise. Don’t worry about messing anything up as safety features and parameters are all over the place, as they should be when you’re cruising 100 meters (328 feet) under the sea.

An emergency flotation system, dynamic self-righting, programmable depth protection so that you don’t fall out of range beyond construction limits, and a fault detection system are just a few of the safety features that you’ll find aboard the Dragon.

Speaking of cruising, the max speed this sucker will fly is only 4 knots (4.6 mph), and while you may feel as though this is quite a slow speed, anything faster and you wouldn’t be able to see the local wildlife.

As for the exterior of this machine, it’s what drew my attention to it, aside from the fact that it’s a personal submarine. The first image that popped into my mind when I saw it was of a Formula 1 car, albeit adapted for the seas, with propellors instead of wheels.

So you like what you see? Well, lucky for you, you won’t need to spend $1.5 million to get a ride on one of these machines because the manufacturer’s website also features a little section known as DeepFlight Adventures. If you click on that section you’ll be transported to a webpage where you can book a stay...at the Four Seasons in the Maldives at Landaa Giraavaru. Get to traveling. 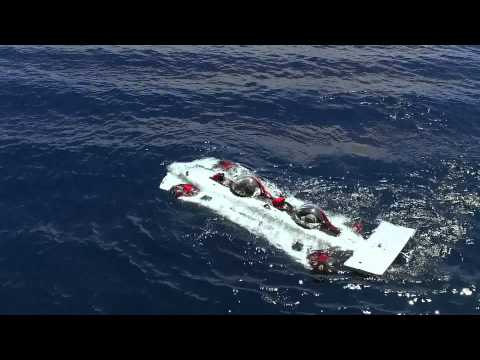 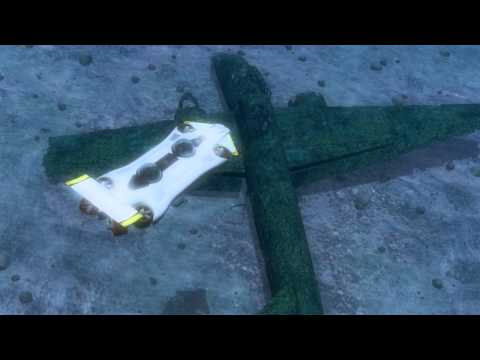