1 Andrea Iannone and His Revised Ducati, Almost as Fast as Marc Marquez at Mugello

3 Is Ducati Hiding Something?

5 Living and Dying with a Racer
Car video reviews:
Coverstory

Being a MotoGP rider is only of the dangerous jobs in the world of motorsport, but it is also a very well paid one. Setting aside the fact that these fellows are lucky enough to have their biggest passion as their daily job which pays quite a lot, the risks they are taking each time they throw a leg over a prototype are a tad harder to measure against a sum of money. With all the riders having broken several bones and undergoing surgery being a part of their lives, someone might ask themselves how much these chaps are paid for their performance.

TheRichest has made a round-up of the salaries at the beginning of the 2014 season, and we’re bringing it to you days before the half-season break. A break that will definitely change the way things are, as some names will change places, while some others will be replaced. Without much ado, here’s the top 10 wages in MotoGP…

10. Colin Edwards. The oldest rider on the MotoGP grid, the Texas Tornado brings home around $950,000 (just under €700,000) each year. He currently rides for NGM Forward Racing Yamaha, and the paycheck in Valencia will be his last MotoGP one, after having announced that he will hand his leathers at the end of the season.

9. Andrea Dovizioso. So far, the top factory Ducati rider has dressed red leathers and has gotten on the GP14 Desmosedici for around $1,000,000 (€735,000). Rather low compared to his actual riding and performance, but things are most likely about to be revised as his contract expires this year and Ducati looks like more than happy to have him around some more. 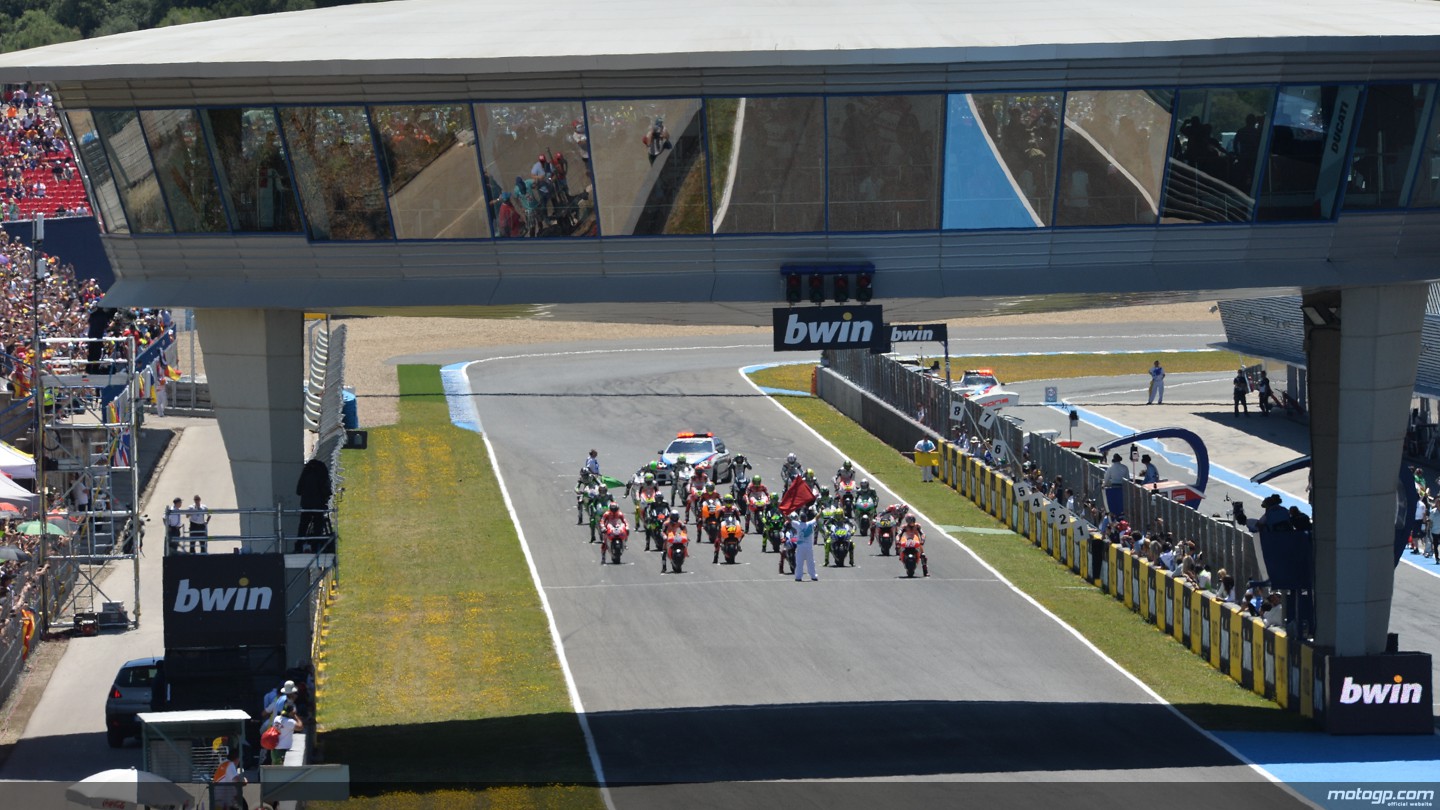 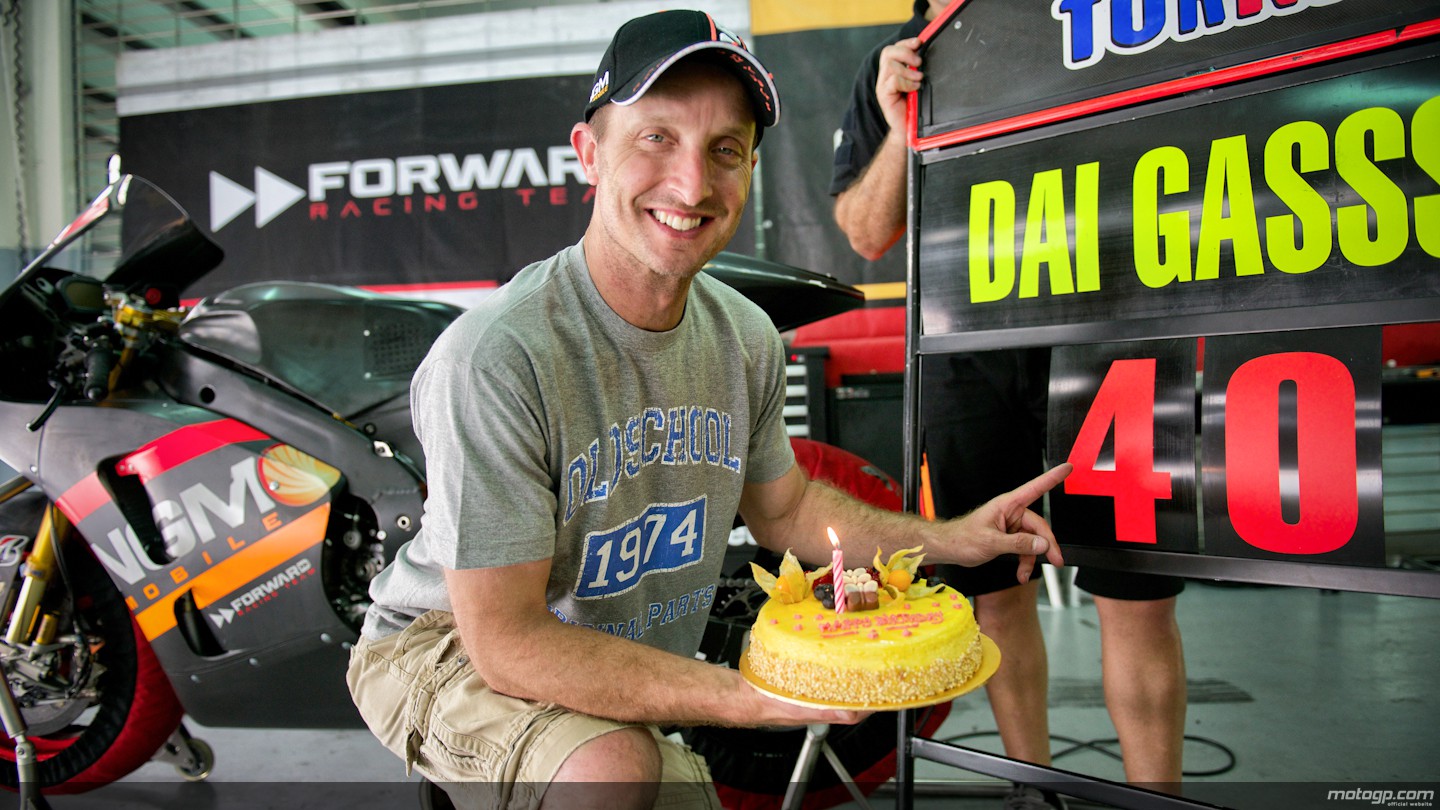 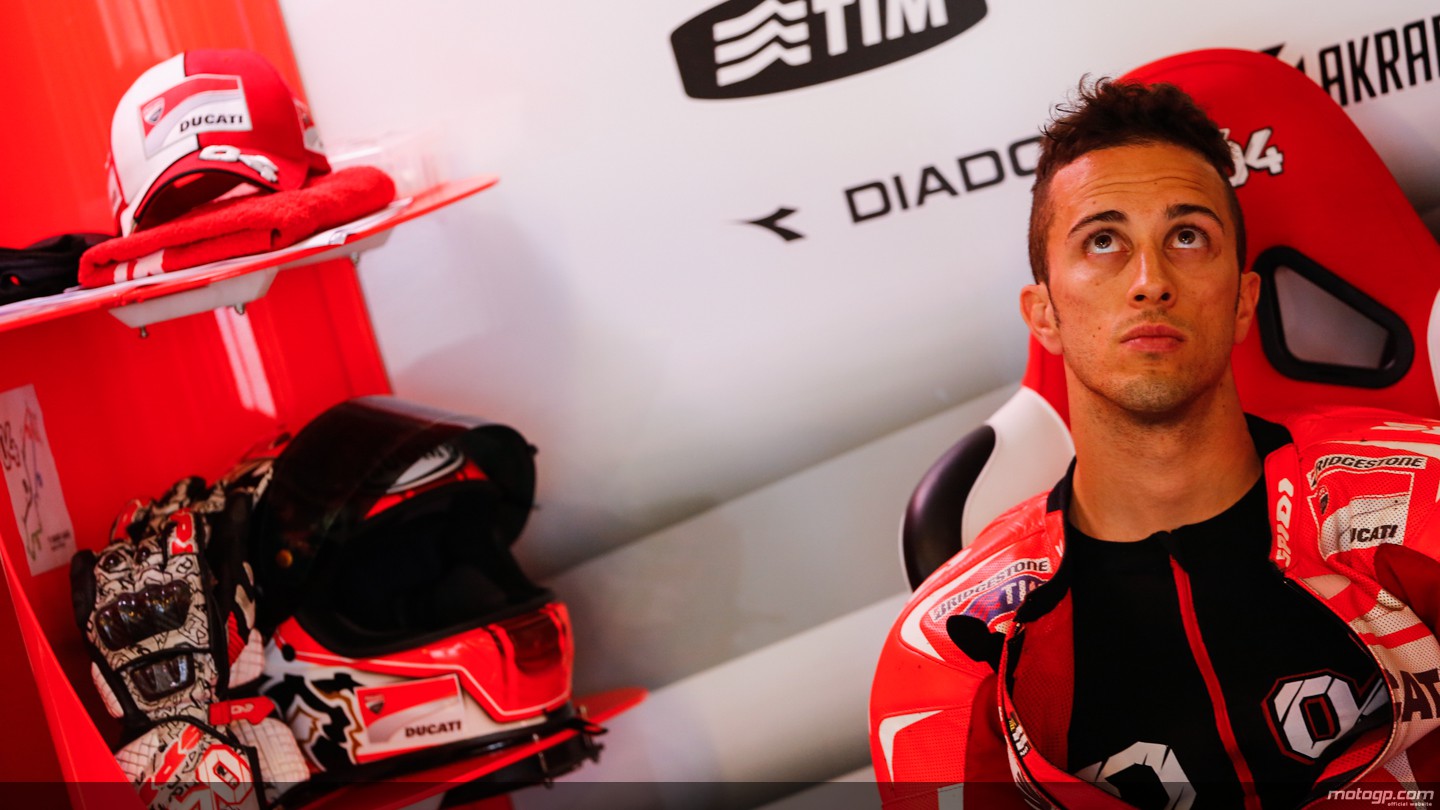 8. Cal Crutchlow. Dovi’s team mate left from Herve Poncharal’s Yamaha Tech3 team at the end of 2012 and joined the ranks of Ducati as a factory rider. He cashes in a $1.2 million (€882,000) yearly check, but his results in the first half of the season are rather disastrous, after a crash and most of the 8 races ending prematurely in DNF because of technical problems.

He has an option to pull out of the contract earlier, and if Crutchlow decides to try his luck with other teams, he can do so making a decision until the end of this month.

7. Seventh on the best-paid list is Alvaro Bautista, whose office is in the shape of a Honda bike bearing the GO&FUN Gresini colors. His annual wage is $1.4 million (€1,030,000). Whether he will continue with Honda is still undecided if we are to believe Honda MotoGP top hat Livio Suppo.

6. German Stefan Bradl is sixth on the list, and this has nothing to do with his racing number. Also a pilot for one of the Honda satellite teams, the LCR rider inked a $1.7 million (€1.25 mil) deal for 2014. Just like Bautista, his 2015 ride is not certain yet, with rumors saying he could end up at the Audi-owned Ducati team.

5. Riding for Drive M7 Aspar, the former 2006 champion Nicky “Kentucky Kid” Hayden left Ducati for a $4 million (€2.94 mil) annual paycheck. He rides a Honda production racer, but the rather disappointing performance level of the bike prevented him from ranking higher in the 2014 championship. 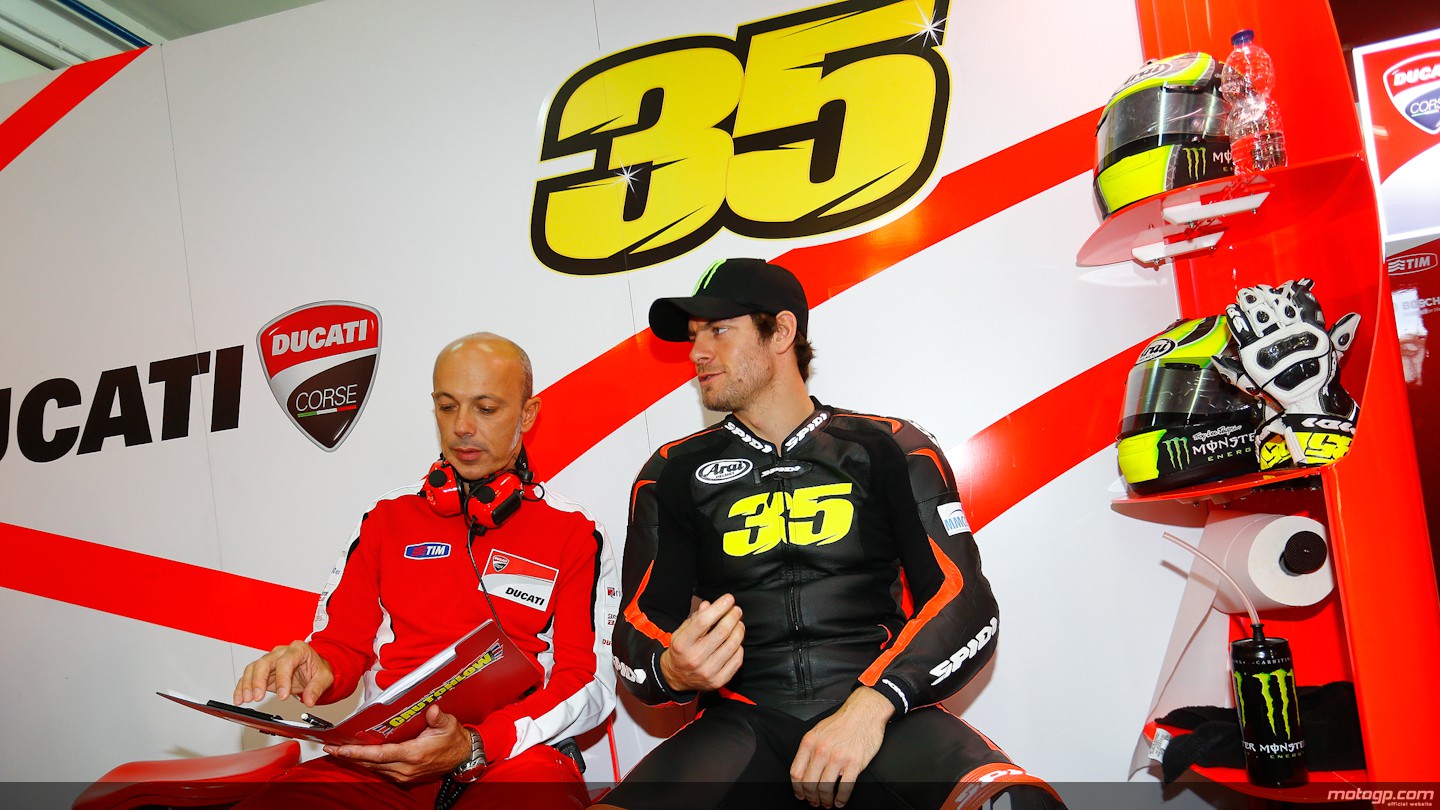 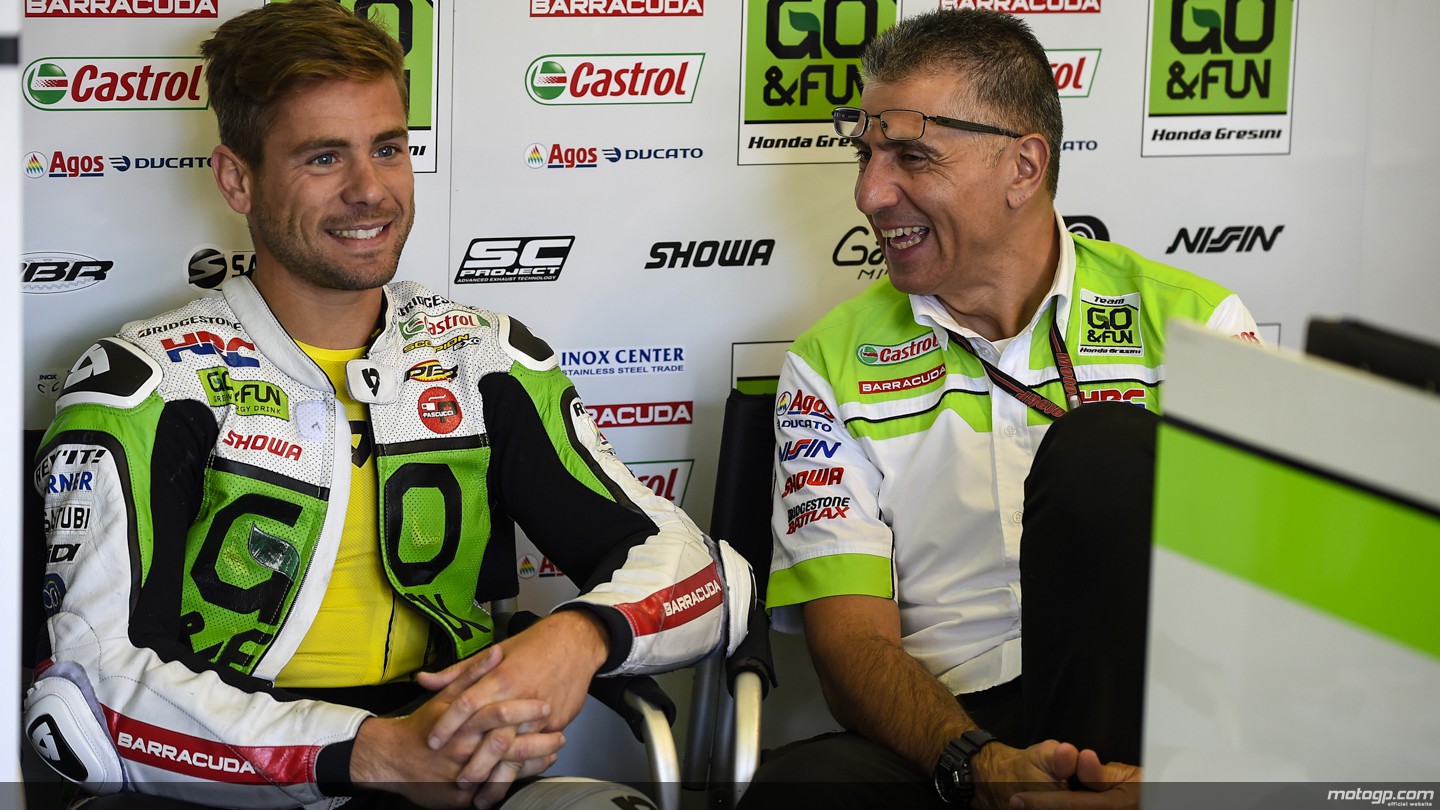 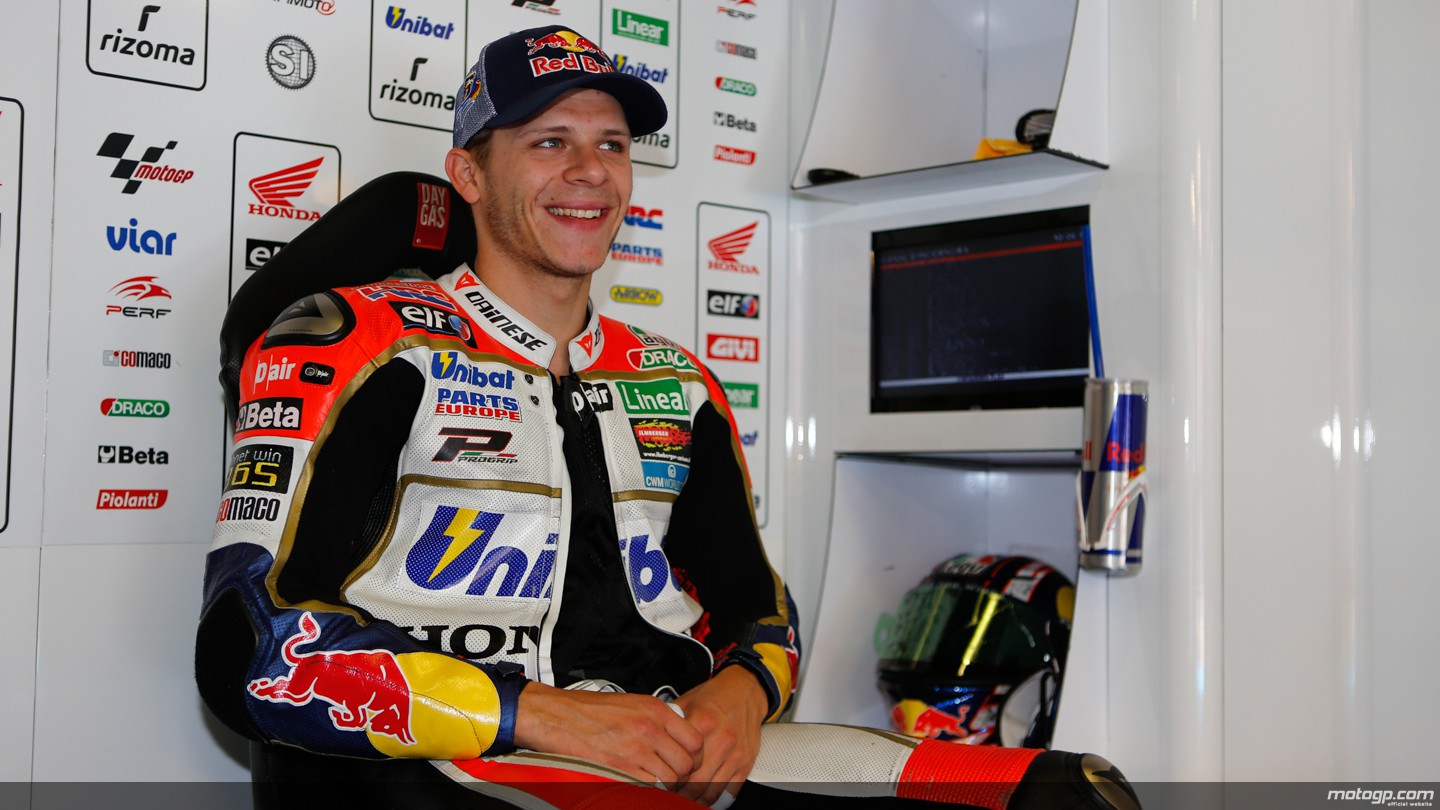 4. The youngest MotoGP champion in the history of the sport, Marc Marquez, rode the Repsol Honda factory team bike for a wage equal to that of Hayden’s, $4 million (€2.94 mil). “Rode” as in certainly getting a substantial raise for the new two-year deal he just inked recently. With Marquez having already won all the 8 races in 2014 so far, we can bet Honda was more than eager to make him happy with a solid raise. How much, this is still a secret.

3. MM93’s teammate Dani Pedrosa is third on The Richest’s list, with his accountant having to do taxes for the same $4,000,000 (€2.94 mil) yearly income. Suzuki asked Pedrosa whether he would consider riding a Hamamatsu bike in 2015, and the Spaniard allegedly asked for €8 million ($10.875 mil), a sum Davide Brivio said he could’t afford. Pedrosa’s current contract is also reaching an end and we’ll see if he stays with Honda or revises his demands for Suzuki. 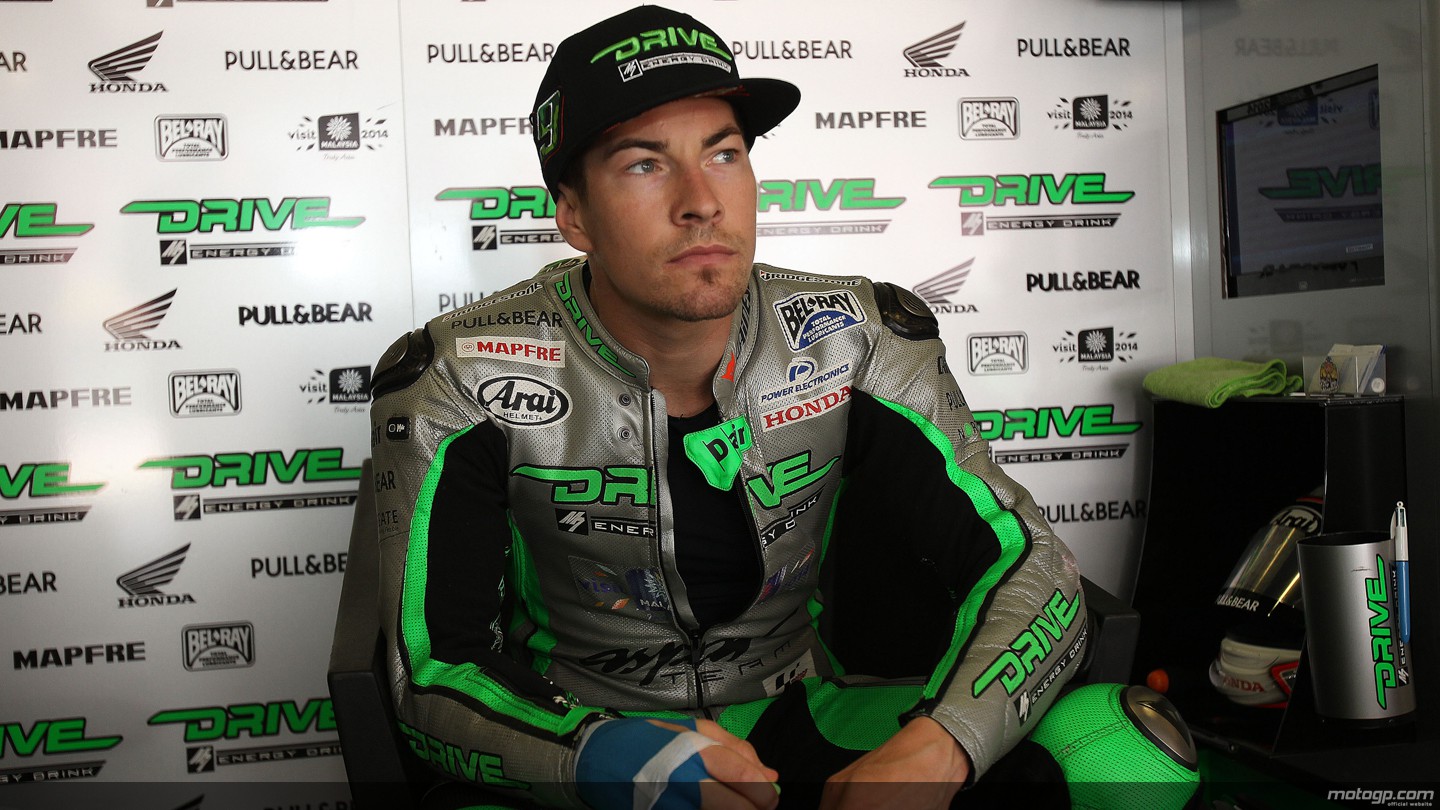 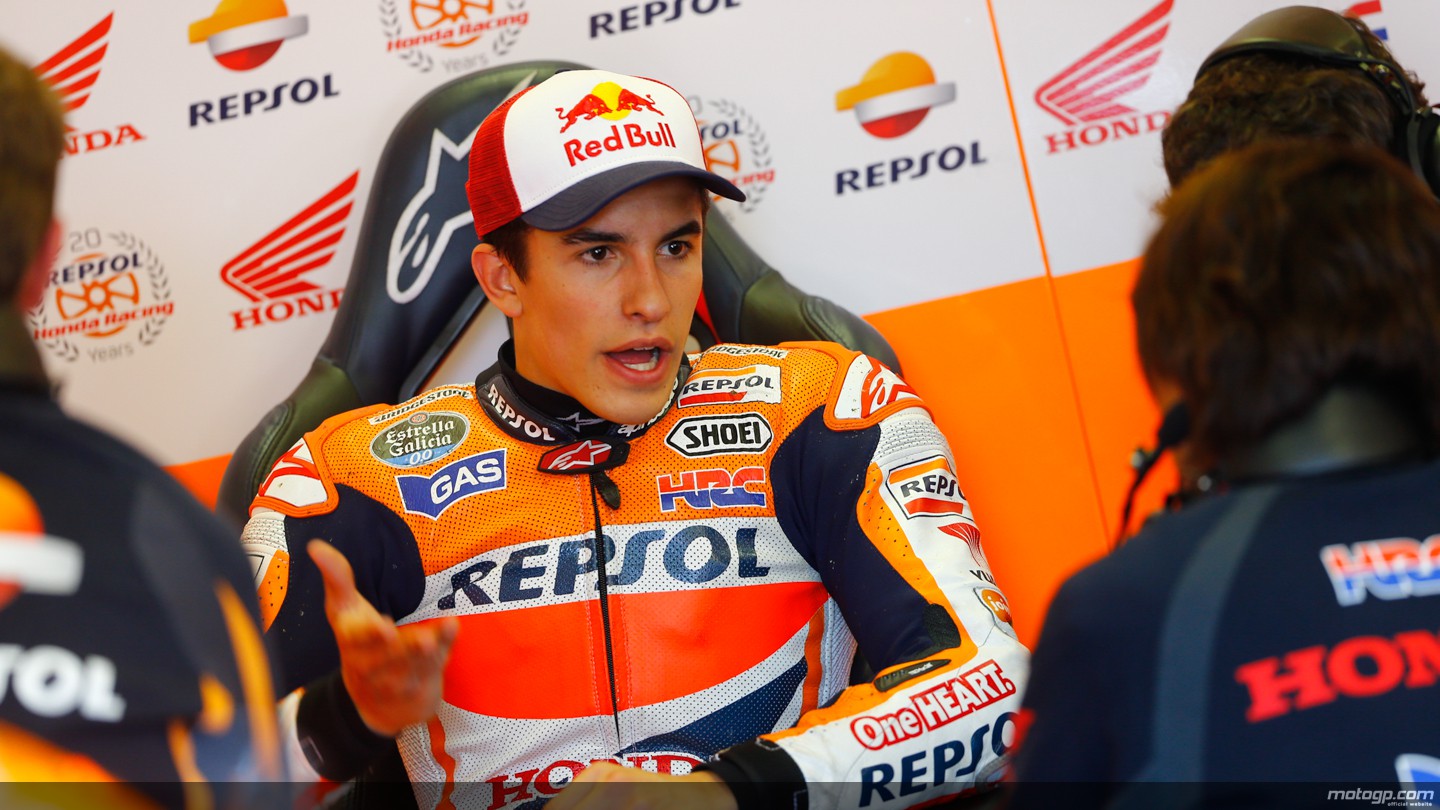 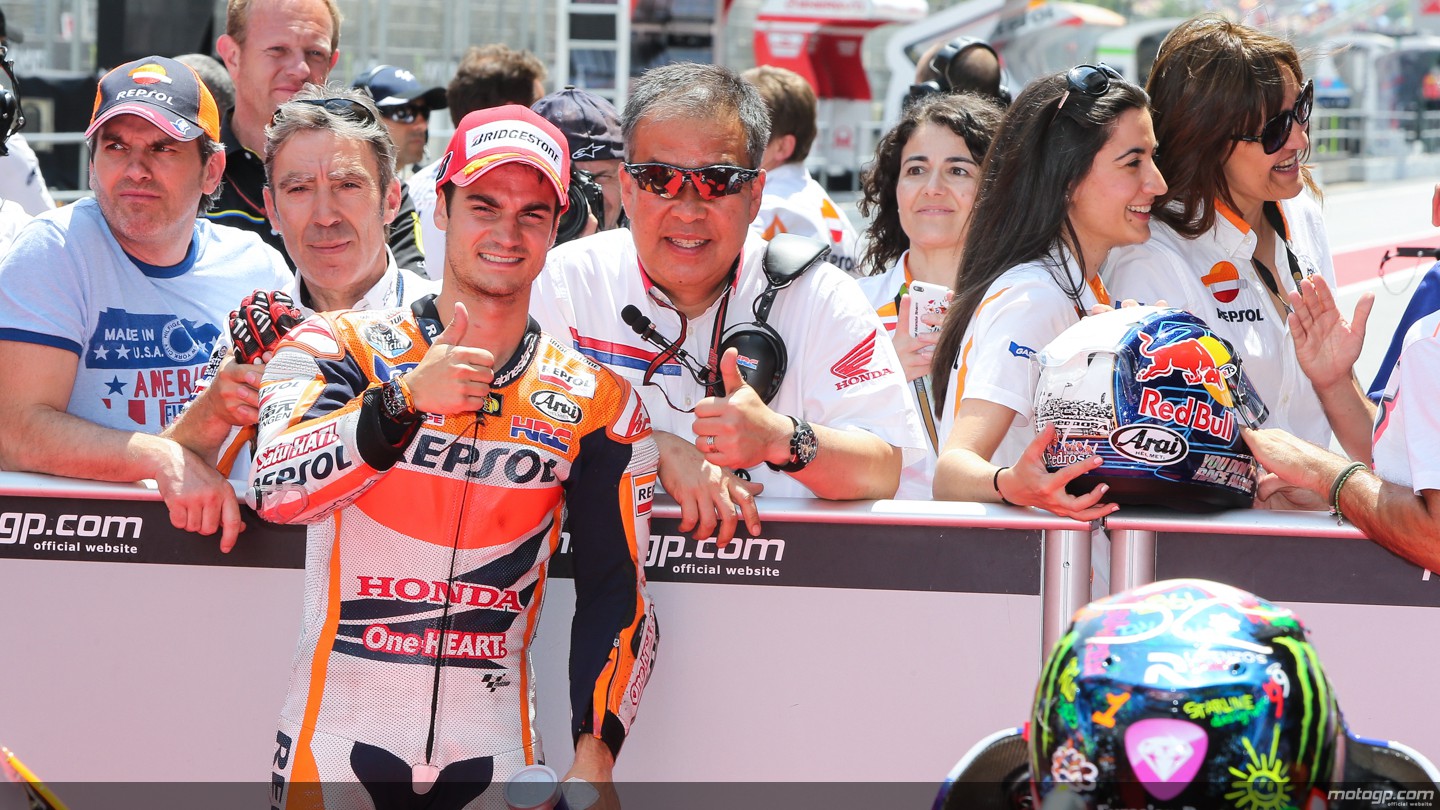 2. Yamaha’s two-time world champion, Jorge Lorenzo, is making his parents proud with a $7.2 mil (€5.3 mil) paycheck for 2014. Still, being a top rider, various endorsement contracts bring him 2 extra million dollars (€1.47 mil) each year. Just like several others, he is currently talking to Yamaha about his new contract and negotiations are underway, according to the Mallorcan.

1. The best-paid MotoGP rider is the Italian legend, Valentino Rossi. Il Dottore enjoyed yearly earnings as high as $35 million (€25.75 mil) in 2007, according to Sports Illustrated, but his current year with Yamaha brings him $12 million (€8.83 mil)… and another $10 million (€7.35 mil) from his endorsement contracts. Rossi is the only motorcycle racer in the Forbes charts for the best-paid motorsport competitors.

Even more, given his noticeably better performance in 2014, compared to the first year back with the house of Iwata, Yamaha Racing boss Lin Jarvis wanted to make sure the team retains the services of Rossi before other teams get any ideas. Rossi has just signed a new 2-year contract with Yamaha for an unspecified sum, but you can bet it’s not one smaller than the 2014 figures. 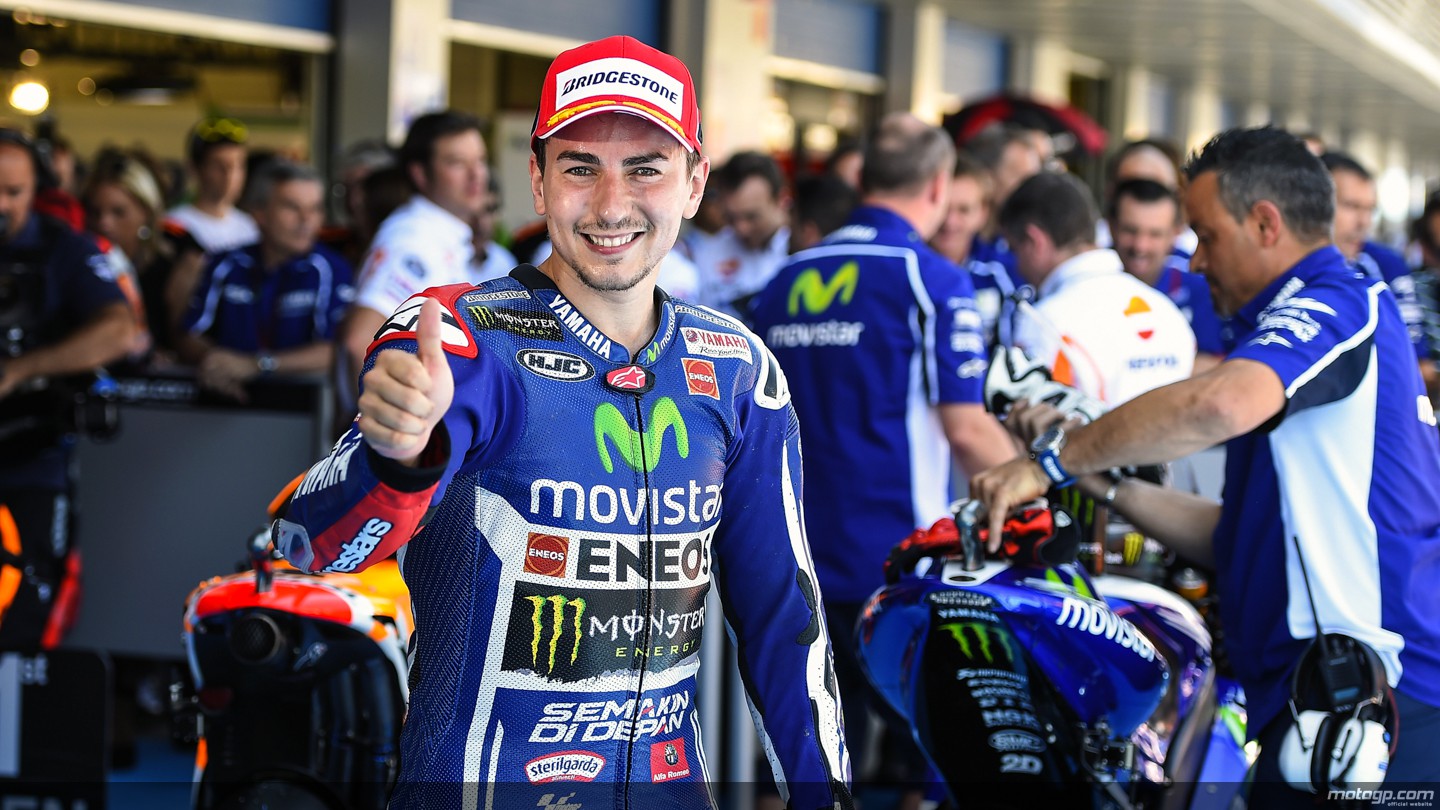 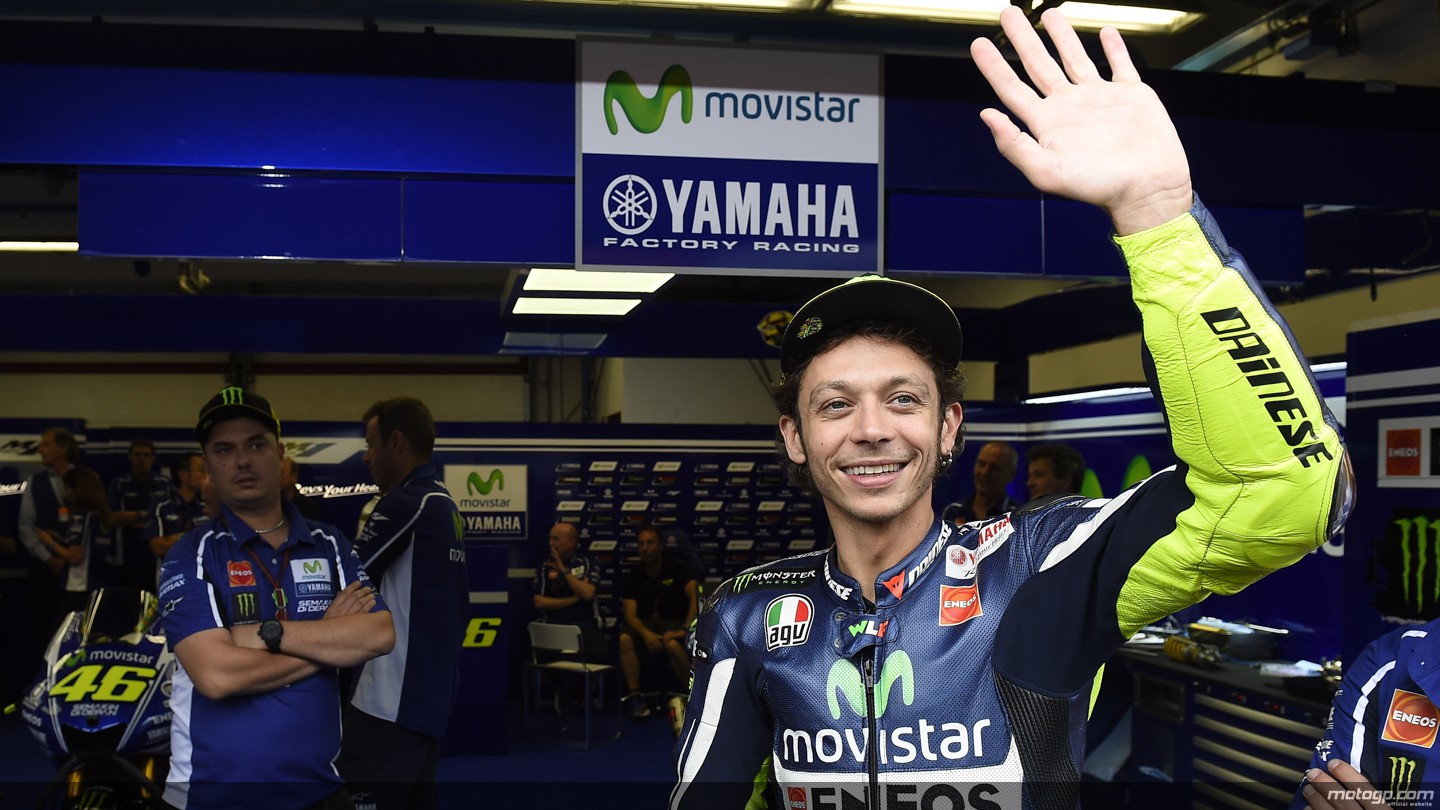 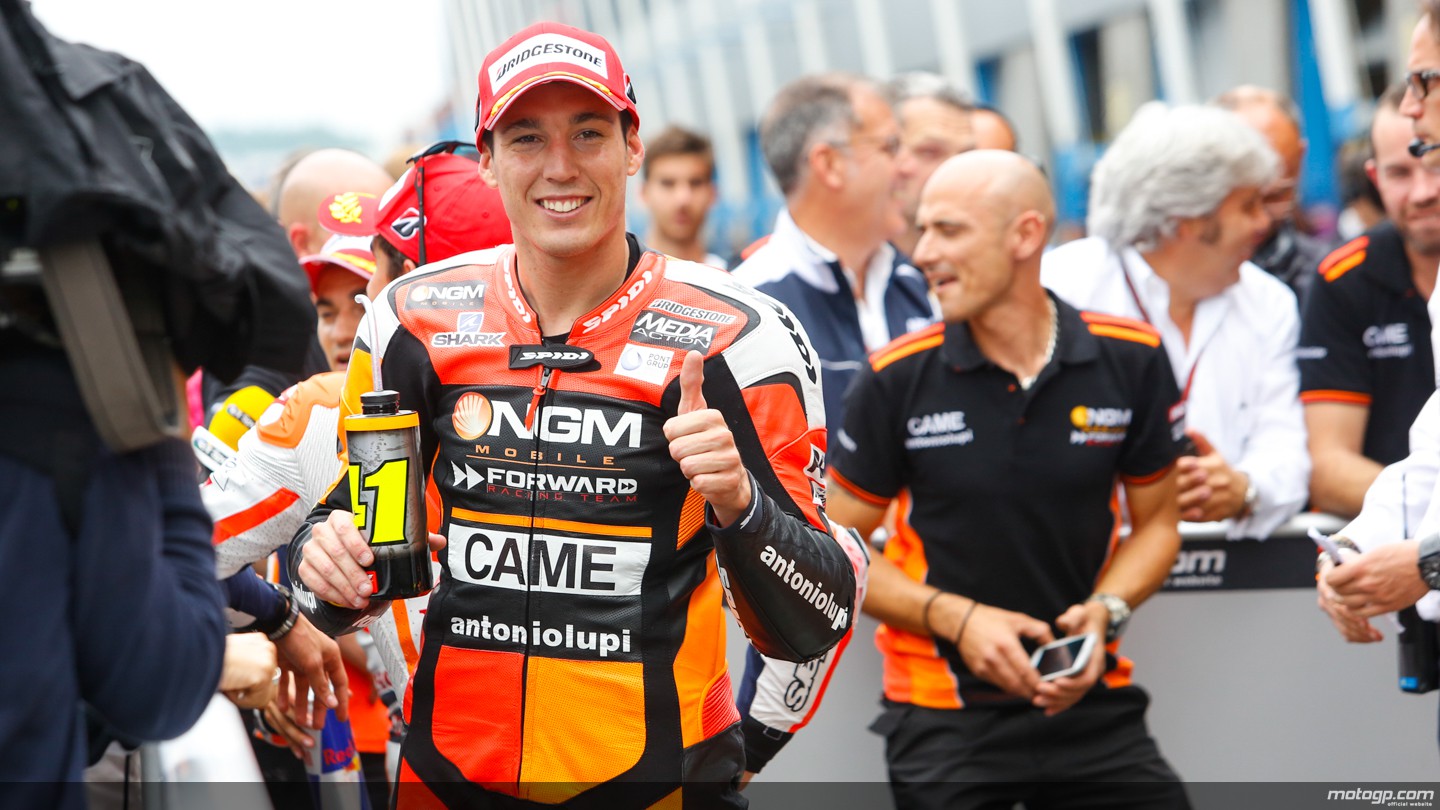 Now, this weekend we’ve got MotoGP action in Germany, for Stefan Bradl’s home round at Sachsenring, for the 9th race of the season, and the last before a well-deserved summer break. We can expect the next 4 silly season weeks to be full of rumors and speculations as to which riders will dress which leathers for 2015 and beyond.

One of the big factors to play an important role in the design of the 2015 grid is Suzuki’s comeback, with the Hamamatsu team having openly declared that it is willing to go the extra mile to secure the best riders the factory can afford, helping develop the 2016 version of the bike, when all the machines on the grid will have to run the “unified ECU software”. Whether it will be Aleix Espargaro, Cal Cructhlow, Suzuki’s test rider Randy De Puniet, or one of the Andreas at Ducati (Dovizioso and Iannone), it’s hard to tell now, but next month will surely bring light into this matter.