3 Construction Resumes on Seized $600 Million Megayacht Dilbar, but No One Knows What For

Too Old to Drive: 1965 Pontiac GTO Sitting for Decades Is Unrestored, Runs and Drives

The Russian-Ukranian war is still raging on, but it does feel like international sanctions against Russian oligarchs, which have been the main response of third-party countries to the conflict, have stalled. After an initial wave of enthusiastic seizures and international acclaim over them, the number of frozen or impounded assets remains constant these days.

That’s not to say that sanctions have been lifted: far from it, actually, because local authorities are still carrying out investigations to determine rightful owners and a just course of action to follow in these unprecedented times. Meanwhile, over in Germany, the world’s largest megayacht by volume may be doing a proverbial slip through the fingers.

That megayacht is Dilbar, the 2016 build by Lurssen, a gigantic, 156-meters (511.8-foot) vessel that comes with a reported price tag of $600 million, owned by Russian billionaire and known Putin associate Alisher Usmanov. Once one of the most outstanding examples of naval design and the kind of excellence Lurssen delivers, in March this year, Dilbar became the biggest catch in that aforementioned enthusiastic wave of seizures.

Ulisher Usmanov was included on the international sanctions list on March 3, days after the start of the war. When that happened, Dilbar was at the Blohm + Voss shipyard in Hamburg, Germany, undergoing refits. It was in a dry dock, so authorities swooped in and claimed it as a frozen asset, triggering a months-long drama that stung the regular taxpayer more than it probably stung Usmanov himself.

Last week, Dilbar was towed out of Hamburg and into Bremen, with parent company Lurssen saying that it needed to vacate the dock at Blohm + Voss for other projects. As such, Dilbar would be taken to Bremen as a dead ship (meaning, without engines and a crew) while the shipyard considered its next step.

As the move was taking place, work on Dilbar had resumed for some weeks, despite the fact that, since it was a frozen asset, it shouldn’t have: the yacht no longer had an owner or a management company, nor was there any purpose for it to be repaired since it wasn’t allowed to sail. Lurssen said that some maintenance was necessary for the “safety” of the vessel but did not elaborate further than to insist that all work was done in accordance with the law and approval from competent authorities.

As of the time of press – and as the first video below will show – Dilbar is now sitting inside the world’s largest floating dry dock, Dock 10, which is a long-term Lurssen storage facility in Berne. Superyacht vlogger eSysman points out that the propellers and the shafts have been reinstalled since the last time Dilbar was in dry dock, which is hardly routine “maintenance” work. He also notes that the floating dock can be closed off completely, which is just the kind of place you’d want to carry out work if you wanted no one to see you.

And then, there’s this: the paper owner of Dilbar is one of Usmanov’s sisters, Gulbakhor Ismailova, who was included on sanctions lists at the same time as the other sister, Saodat Narzieva, in April. Narzieva was removed from those lists on September 14, just days before Dilbar was moved out of Hamburg. This could be a coincidence, but eSysman argues that it’s probably not: Usmanov put Dilbar in Ismailova’s name when it was convenient for him to do so; what’s there to stop him from doing the same again, but this time in the name of his un-sanctioned sister?

In a statement, Lurssen says that “All our activities are fully in line with European sanctions law and we continue to work closely with the relevant authorities.” This would still be true if the work carried out was for a new, un-sanctioned paper owner, regardless of her relationship to the sanctioned Usmanov, who remains the direct beneficiary.

That Dilbar is getting ready to slip away could be a rushed and erroneous reading of all these facts, but it’s not like Usmanov and his family haven’t tried other ways of getting it back before. In late May, for instance, all three (brother and sisters) filed appeals with the EU, asking for sanctions to be lifted and their vessel back. Usmanov may be worth an estimated $14.6 billion (with a B), but he’s clearly not ready to leave a $600 million custom megayacht to German authorities without first exhausting all possibilities and legal loopholes. 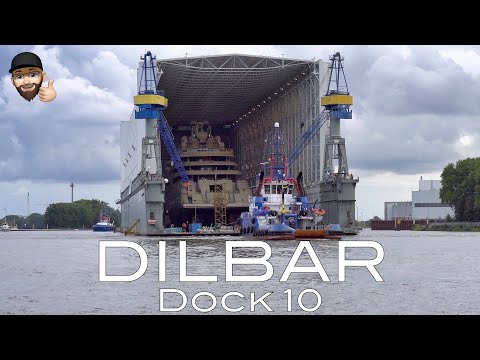 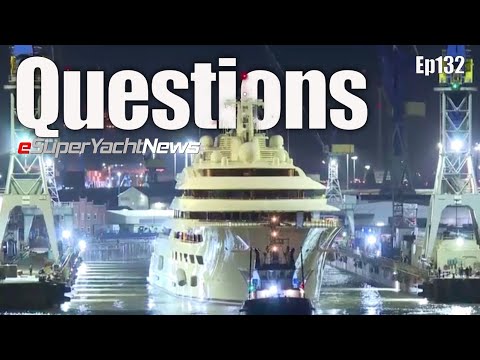