The Stig Drifts a BMW M2 CS Like Nobody's Business

Pretty much the daddy of M2s, the CS was introduced in November 2019 before BMW showed the car in the flesh at the LA Auto Show. No fewer than 2,200 examples have been made, and production has come to a grinding halt as the Bavarian automaker looks forward to the G87.
89 photos

The M2 CS from the F87 generation is described by BMW as “a blend of outstanding track performance with unrestricted everyday usability.” Despite the super-sticky Michelin Pilot Sport Cup 2 Connect rubber shoes and M DCT transmission, this fellow can also drift to your heart’s content.

The Stig makes it look pretty easy in the following video, but then again, 550 Nm (406 pound-feet) of torque is more than enough to kick out the rear end in damp conditions. Based on the effortless steering work and the driver’s composure, Stig appears to like the Active M Differential a lot.

In the context of going sideways in a controlled fashion, a limited-slip differential makes the mid-corner and exit that much easier than an open diff. The open-style design basically transfers the engine’s torque away from the outside wheel, affecting the weight transfer and the speed you need to keep the sideways shenanigans going and under control.

Priced at $83,600 in the United States, the M2 CS also happens to employ a stiffer front-end structure than its peers. The CFRP strut brace, which weighs 1.5 kilograms (3.3 pounds), has a positive impact on turn-in response and steering precision. BMW has also made a case for specially-tuned DSC, which is programmed to work in tandem with the differential.

Even though it’s the range-topping member of the F87 family, the M2 CS features two notable options that should be standard on a limited-edition model. For starters, the dual-clutch transmission is an extra over the base six-speed stick shift. And secondly, customers had to pay additional money for the Alcantara-wrapped M Sport steering wheel with a center marker. 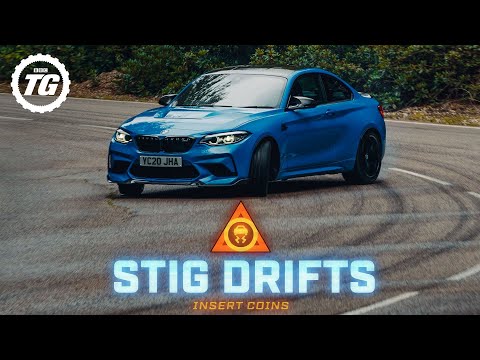