5 The Rinspeed sQuba Is the World’s Only Lotus Elise That’s Also a Submarine
Car video reviews:
Up Next

If modern-day Cinderella still needed a midnight ride after the ball, she would be proud to hitch one in the Automatron, the steampunk hot rod inspired by the classic image of the Cinderella carriage.

Created by creator and welder Paul Bacon from the UK, the Automatron was completed in 2019, after over four and a half years of work and, as Paul himself would later admit, a lot of trial and error on his part. It is perhaps the most stunning and definitely the most detailed custom build you’re likely to have ever seen.

Bacon famously hates sketches, so he didn’t bother drawing one when he started thinking about his next project, back in 2015. He already had two massive hits under his belt with the previous projects, so he wanted to do something that had never been done before.

This turned his attention to the horse-drawn carriage. As he explains in the 2019 interview with Barcroft Cars below, his idea was something that was part Cinderella, part competition car, but he also drew inspiration from dragster cars. The result is a steampunk-style hot rod, with an exposed engine and the body of a vintage carriage. The details both on the interior and exterior are insane, with Bacon using everything that came into hand as source material – and we mean that quite literally. He used everything.

The chassis of Automatron is from a 1924 Singer Sport but it’s been shaved and reshaped and modded beyond recognition. The front wheels are Austin 7, and there are huge Micky Thompsons in the back with an Alfa Romeo axle. The engine is a Buick 3.5-liter supercharged V8 mated to a rebuilt Borg Warner T35 transmission, and it delivers impressive performance and equally impressive roar.

Neither of the videos available at the bottom of the page mentions anything about top speed, but most reports from last year, when the hot rod was unveiled, mention 110 mph (177 kph). This is probably as fast as anyone would dare go in something this light and with such poor visibility.

Indeed, Bacon himself admits he can’t see much out the windshield because of the carburetors. As if to make matters worse, he also hates the attention the car brings him when he’s stationary, because everyone wants a picture and some info on it.

The interior is like Captain Nemo’s chest of treasures. A Lancaster Bomber switch gear has been repurposed, the steering wheel was built by hand by Bacon, the seats are a couple of dining chairs he spotted at Nottingham’s Barker and Stonehouse showroom, the brake pedal is made from an old Dunlop foot, while a sundial shows which gear the car is in. And this is just at a first glance.

Bacon loves to adapt as a project progresses and especially to repurpose stuff others would discard; for instance, the front lights on the Automatron are made from actual carriage lamps, while the exhaust tips are made from silver goblets offered as a wedding present, and the gas tank was originally a gas bottle. The floors are polished oak, the windows made from scratch so they’re non-functional, but they still look amazing. Bacon even mixed and applied the paint on his own.

All things considered, it’s no wonder it took him such a long time to finish this project, which he describes as the most time-consuming, the most challenging and the most expensive he’s ever worked on. For a man with his experience, that’s saying something.

“Automatron is the best thing I’ve ever built; and I’ll probably never build anything quite this detailed ever again,” Bacon was saying last year. “This car has been the most expensive car I’ve ever built, and also the most labor intensive up to now, nearly every part is custom on this car.”

For Bacon, building the car is the most interesting part of the project so, a short time after Automatron’s big unveil, he was already talking about selling it for an undisclosed amount. “When you’ve been so close to a project and built it, I don’t think you can ever fully appreciate it,” he said. “But someone else can buy it and I’m sure they’ll love it.”

We couldn’t confirm as of the time of press, but it seems this steampunk hot rod has a new owner as of six months ago. It is still in the UK. 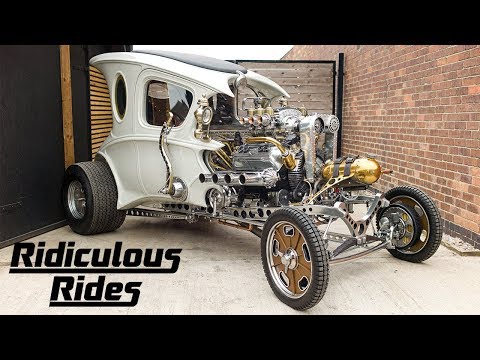 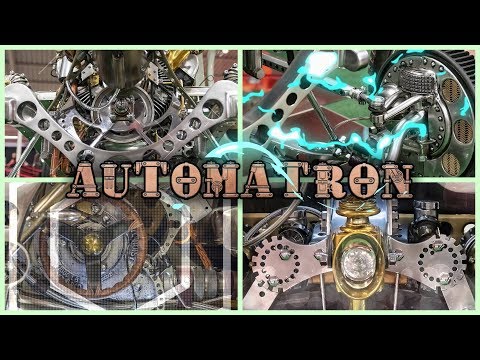