5 “Sinch” Is a Foldable, Heavy-duty E-bike That Is About to Go Worldwide
Car video reviews:
Coverstory

Ladies and gentlemen, another contender for the crown of the e-bike industry is here. However, this bike isn’t much of a contender, but rather sets a whole new bar for foldable e-bikes.

The Rocket Foldable e-bike Comes With a 100-mile Range

It’s called the Rocket, and just as the name implies, it can take you to the moon and back. This bike isn’t even out yet and still funding on Indiegogo but has surpassed its goal by over 1000%. Why? Because it’s that awesome. If you’re into foldable bikes this one is for you.

We have definitely seen bikes like these before, with the Sinch for instance, but the Rocket has a range of over 30 miles (48km) more. Are you ready? This bike is able to reach up to 100 miles (162 km) on a single charge. We’ll get into how it does this in a minute, until then let's have a look at what we find on the ride.

The frame for the bike is pretty rudimentary. Nothing really to mention except that it folds in the middle to allow the bike to occupy a smaller space during storage. It’s also made from 6061 aircraft grade aluminum and the entire bike comes in at 60 lbs (27 kg).

But we can find a full suspension on the bike. The seat post includes a suspension component. And we definitely can't miss that front fork. Yes, it is adjustable. But one other component most people don’t consider when buying a bike is the level of suspension the tires can offer. With the use of fat tires such as these, the difference in using the right tire for the type of terrain you ride can really be seen and felt. But all that is pretty standard for any e-bike of this type.

But, once we get to talking about the electronics, it’s here that the Rocket makes all the difference. We can start with the battery for the bike. Can you guess where it is? I couldn’t either until I watched the video below. I’ll give you a hint, it just slides out when you need it to.

We can find a 48V 15Ah Panasonic battery that can be recharged without being removed. But if you want to remove the battery while leaving the bike locked up on the corner, you can. With a quick recharge function we can get back up and running in 2.5 hours, while a battery life of 1,000 charge cycles will keep you riding for nearly three years of daily riding.

The next essential electronic is of course the motor. We can find an affordable but powerful Bafang 750W motor with a monstrous 100Nm of torque, all rear wheel and brushless. This motor is able to keep you rolling at 20 mph (32kph) without pedaling and reaches 28 mph (45kph) with pedal assist.

Honestly, I find this high level of torque completely necessary for the weight of the bike and for it to be able to take you to where it says it can. It can even keep you rolling at that top 28 mph while rolling uphill. However, this is for the United States model. The European model, because of EU laws, is much weaker. Only a 250W motor is allowed for Europe that tops out at 15.5 mph (25kph).

But what about that range? Well, the Rocket can reach such a high range as it employs the use of regenerative braking. When you brake, this system takes some of the energy and recharges some of the battery. Another way it works is when riding downhill. Because the motor tops out at a certain speed, anything speed over that is just energy diverted into the battery. Much like an engine brake while driving downhill in an 18-wheeler. This regenerative braking is the main reason for this bike’s insane 100-mile range.

A smart LCD display will show you everything from which of the seven gears you are in, to battery levels, and which of the five levels of pedal assist you are currently employing. Guess who is helping you switch the gears and activate your 180mm hydraulic brakes? Not Shimano! But the just-as-capable Tektro.

I don't feel anything else is needed to be said about this big little bike. I'll admit, it had me at the 100-mile range bit. 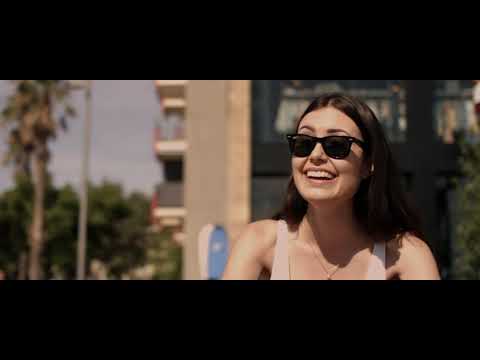