3 Cadillac Celestiq Gets Teased Again, Expect to See More of It This Summer

It has been a long time since I last drove a Cadillac. But the 3.6-liter CTS left a strong impression on me back then. It somehow felt better than any other BMW and Audi I had experienced so far. Alas, I'd still love to get my hands on CTS-V to this day, or on any V-series Caddy for that matter. And there's one particular model that I haven't even seen with my own eyes yet: the XLR-V.

The Rare Cadillac XLR Was Launched in 2003, Could Be a Future Gold Mine

The CTS was the first-ever Cadillac to become part of the company's V-series. It was made available to the public in 2004, and it used a Corvette-sourced LS V8 engine. One year after that, the XLR-V appeared during a Super Bowl commercial.

But the company's ambitious project had already started in 2003. Initial sales projections for the XLR varied between 5,000 to 7,000 units per year. Things didn't go that well in the first two years, as Cadillac sold less than 5,000 units.

Launching the XLR-V wasn't going to make much of a difference, unfortunately. Only about 15,000 XLRs were ever built, and there are several reasons why that happened. Cadillac was starting to feel the heat as imports from Japan and Europe made for a highly competitive sales environment.

Naturally, a solution was required so that the company would "Break Through," just as their motto at the time said. General Manager Mark LaNeve hoped that a strategy based on a bold design and product innovation would translate to more sales.

With the start of the new campaign, Cadillac relied on the 2003 CTS sports sedan, the XLR luxury roadster, and the 2004 SRX sport wagon for a new wave of customers to start rolling in. Looking back at what the XLR had to offer, it almost doesn't make sense why it failed so badly.

All cars came fitted with a power-retractable hardtop, head-up display, and Magnetic Ride Control, among other things. It also happened to be the first Cadillac to offer radar-based Adaptive Cruise Control.

There are still cars coming out today that don't have the benefit of an ACC system. The XLR was built on the same GM Y Platform as the Chevrolet Corvette, and it even came out of the same factory in Kentucky. But, and this is a big "but," Cadillac opted not to install an LS engine under the hood of their new roadster.

Instead, the XLR was going to use GM's most technically complex engine. Part of the Northstar series, the 4.6-liter V8 on the XLR was good enough for 320-hp and 310 lb-ft (420 Nm) of torque.

The XLR-V made use of a supercharged, 4.4-liter LC3 unit that went up to 443-hp and 414 lb-ft (561 Nm) of torque. The added complexity of the Northstar engine didn't come without reliability issues. Increased maintenance costs were also a reason for concern, and it was all worse considering the sticker price of the XLR.

In 2004, MSRP for a base-level XLR was about $75,000, which made it more expensive than an entry-level Corvette Convertible. If you wanted an XLR-V, you had to come up with an extra $20,000. It was one of GM's most expensive vehicles at the time, and most people opted for a Z06 instead.

One reviewer even described the XLR by saying: "I want a Corvette C5, but I want to pay more, go slower and not have an LS". Good or bad, it seems that the value of XLRs has been going up in recent years. And as you would expect, the rarer XLR-V is leading the scoreboard.

After all, Cadillac only built just under 2,200 units all in all! We looked at the auction history for the XLR made available by BaT. Starting 2018 until today, there are 71 different listings for this vehicle.

So how long will it take until an XLR or an XLR-V is going to cost as much as it did when it was brand new? Looking at the average prices, these have gone up by 73% in 5 years. Judging by the most expensive cars sold each year, we can see an increase of 164.91% between 2018 and 2022.

In conclusion, the quirky XLR might not be as fast as a Corvette Z06, but its market value does seem to be going up. If you can get your hands on an unmolested model, you can enjoy both the exclusivity and the prospect of making some money off of it in a few years. 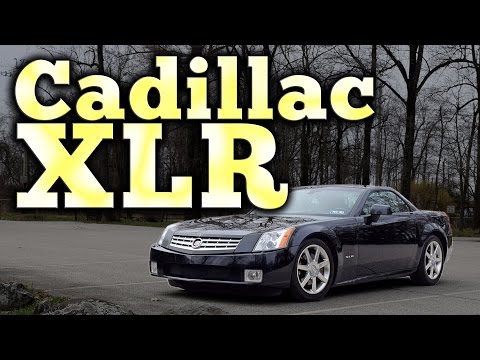