4 The Bright Side of the Financial Dowturn: Less Traffic Congestion
Car video reviews:
Up Next

The Price of Petrol Hits £6 a Gallon in the UK 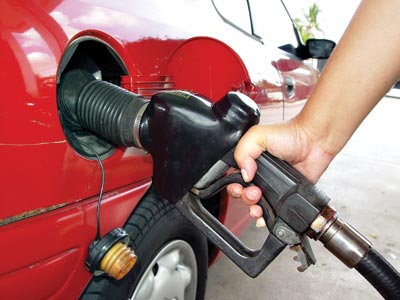 According to a post by The Telegraph, the price of unleaded petrol in the UK has climbed past the 132p a liter mark, meaning that a gallon of fuel now costs £6, the latest in a list of indications that motoring in the UK is becoming unaffordable.

A British car recovery company even reports that it has seen a big increase in the number of calls because people had run out of fuel. According to the AA, a family with two cars now spends £280.54 on petrol every month, up from 2010’s March result of £242.

"£6 a gallon is not just another milestone along the road to higher fuel prices, it marks the point at which the wheels start to come off mobility in 21st century UK. Lower-income drivers, poorer rural residents, volunteer drivers, youngsters looking to their first jobs are some of the vulnerable groups struggling to stay on the road," said Edmund King, the AA president.

With crude oil trading at more than $100 a barrel and even further the increase of fuel duties, plus VAT, there isn’t much hope for a significant reduction in prices at the pump in the near future.

“Now we see the average price of petrol hit the £6 a gallon barrier with no end in sight to the spiraling prices. It's time for the Government to act by canceling the planned fuel duty rise of inflation plus 1p in April. And something has to be done to control the price of fuel before driving becomes solely the preserve of the rich," explains Adrian Tink, RAC motoring strategist.

Kerry McCarthy MP, Labour's Shadow Treasury Minister, said: "George Osborne in the Budget should look again at the annual duty rise due in April. The last Labour Government often postponed planned duty rises when world oil prices were going up, as they are now."