“Nau” You See It “Nau” You Don’t: the Ultimate Self-Sustaining Mobile Home Pod

Friends and strangers used to laugh – and probably still do – at Bruce Pascal’s hobby of collecting Hot Wheels cars, but even after all these years, he’s still laughing the hardest. The centerpiece of his collection, the pink Volkswagen Beach Bomb Hot Wheels prototype, remains the most expensive Hot Wheels in the world.
5 photos

In 1969, Volkswagen teamed up with Mattel for the first-ever Volkswagen Hot Wheels car. It would be a VW van, with a couple of surfboards peaking out the back window, and just two of them painted pink so as to attract female buyers – little girls who maybe could be tempted to join in on the fun.

One of these pink vans is, to this day, the most expensive Hot Wheels toy in the world. It’s actually a prototype: the final version of the Beach Bomb had the surfboards on the side and was built with heavier sides to prevent it from toppling over when kids were racing it. All prototypes (with the surfboards in the back) were offered to Mattel employees, Volkswagen says, and the two pink ones soon became the must-have for any collector.

They both ended up in the hands of Bruce Pascal, whose Hot Wheels collection includes over 3,000 cars and more than 4,000 Hot Wheels memorabilia. He kept the one in the best condition and sold the other to a friend and fellow collector, and he never revealed how much he originally paid for either. However, back in 2016, as you can see in the video below, he estimated his pink Beach Bomb was worth an estimated $150,000 – a figure that may have risen to well over $175,000 in the interim.

Today, this very expensive Hot Wheels car is part of and the centerpiece of Pascal’s personal museum, outside his Maryland home, where it’s kept in a dark plexiglass case to prevent damage from sun and dust. Occasionally, he lends it to automotive museums and event organizers because he says he wants people to feel the same kind of excitement he still feels, to this day, whenever he's inside his museum.

“I want other people to experience the Beach Bomb,” he says. “I've found so much joy in learning about classic cars and Hot Wheels, and I hope I can spark some of that in other people. It’s a treasure to find these rare models.”

A literal treasure, to be sure. 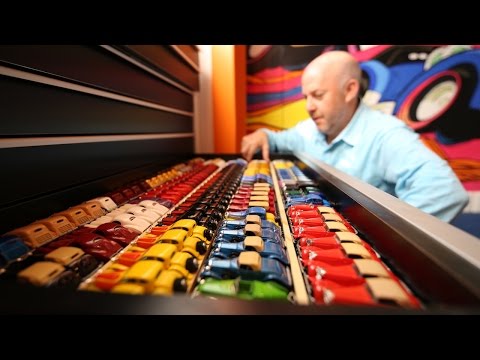