5 The New Look E-765 Gotham e-Bike Is the Best of Both Bicycle Worlds
Car video reviews:
Up Next

As electric bicycles are getting faster and more powerful, NOVUS claims to be the one to virtually bridge the gap between electric bikes and their bigger siblings, electric motorcycles.

The NOVUS e-Bike Is Unique, Gorgeous and Painfully Expensive

The NOVUS is the second iteration of a prototype unveiled in late 2019, according to Electrek. It features a sleeker, lighter frame and vast improvements on the software side. It’s an e-bike that boasts blending the lightness of a bicycle with the speed and power of a motorcycle, to deliver a product that’s both unique and visually stunning.

And it is just that: NOVUS stands out for a unique design that’s minimalist and “sexy” (as per the makers), and performance worthy of a light bike. NOVUS is also painfully expensive and, when it starts deliveries in 2022, it will probably still be one of the priciest products of the kind on the market.

“NOVUS is not just an electric motorcycle. NOVUS is not just a brand,” the introduction to the NOVUS bike reads. “NOVUS is the conviction that we are able to create things that [do] not yet exist. NOVUS stands for picking up where others say it doesn't work. NOVUS thinks ahead.”

“We don’t build motorcycles. We creates desires,” says another note.

You don’t have to be in the business to realize that a company selling not so much a product as the notion, an idea of that product is about to charge you an arm (and a leg) for selling you that idea. NOVUS retails for €46,284 VAT including and €39,900 VAT excluding. For our non-EU readers, that’s roughly $55,047 and $47,455 respectively.

This is an e-bike that costs as much as more than a car, to put things into perspective.

For this kind of cash, though, you get an e-bike made of carbon fiber, where the frame and all components have been built with the utmost attention to detail. It is beautiful and sleek, indeed, and it’s also pretty good on the performance side. For a bicycle.

The frame on the NOVUS is carbon fiber monocoque and weighs as little as 7 kg (15.4 pounds), with a total payload of 110 kg (242.5 pounds). The fork and swingarm are also made of hand-laid carbon fiber, as are the rims. Rear suspension is completely hidden in the swingarm, with the designers going out of their way to hide all components from view. Front suspension is achieved with a proprietary, adjustable mono fork.

All components are encased in the frame, for that desired clean, minimalist look. The 4.3 kWh battery is non-removable, sitting in the bottom part of the frame to lower the center of gravity of the bike. An 80 percent charge takes as little as 30 minutes, according to the makers, and estimated range is of 100 km (62 miles) at city speeds.

Speaking of which, the NOVUS is described as quite the speed demon, but here’s to hoping you didn’t get your hopes too high. Top speed is 120 kph (74.5 mph), with a 0 to 50 kph (0-31 mph) time of 3 seconds. This is impressive for a bicycle, but not so for an electric motorcycle: for instance, another premium electric motorcycle launched recently, the Tarform Luna, boasts a top speed of 95 mph (153 kph) and zero to 60 (0-96 kph) in 3.8 seconds, and costs half the money. And it’s still considered too expensive at $24,000.

Power comes from a rear hub motor peaking at 18 kW (24 hp), with both active and passive regenerative braking. Three driving modes are possible: Base, where power is limited to 40 percent, Super, with a 70 percent limit on power, and God, where there is no power limit.

A small Supernova headlight is integrated in the handlebar and guarantees maximum visibility at nighttime. There’s also a LED control display on the handlebars, and it can be swapped for your cellphone with the NOVUS app. It offers stats, settings options and the ability to unlock the bike without having to use the NFC chip.

Assuming that the insanely high price tag is no deterrent to you, know that the pre-order books are open. The NOVUS comes in Crystal White, Royal Blue, Magma Red, Horizon Silver, Sunpowder Gold and can be yours in 2022 with a fully-refundable €1,000 ($1,190) deposit payable now. 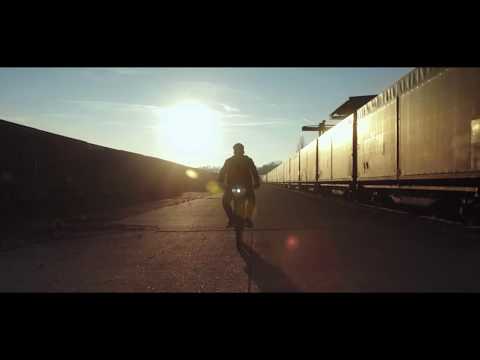