2 1987 Volkswagen Vanagon Westfalia Is a Real Survivor, Comes With an Interesting Swap

4 Superb Lancia Stratos HF Stradale Might Fetch Over $700,000 at Auction

Mircea Panait
What do you call a Pontiac Fiero-based personal luxury car? Zimmer Quicksilver is the answer you’re looking for. A rare breed penned by General Motors designer Don Johnson, the fiberglass-bodied Quicksilver is rocking plenty of stylistic influences from the Lincoln Mark series of cars.
21 photos

Gifted with a sloping nose and pop-up headlights, the Quicksilver was prohibitively expensive when it was brand-spanking new. Assembled in Florida, this blast from the past is way longer than the Fiero. Zimmer Motorcars Corporation lengthened the chassis by 16 inches, which is why non-car people can hardly tell that it’s based on a mid-engine sports car.

Chassis number 1G2PF3790GP242215 is one of the few units produced under Paul and Bob Zimmer’s ownership. Bob sold his shares in 1988, and shortly after that, Paul suffered a heart attack. The company fell into economic distress in the aftermath of these events, leading to the establishment of the Art Zimmer Neo-Classic Motor Car Company in 1997. Although he’s called Zimmer, Art isn’t related to the founding Zimmer family.

Turning our attention back to the car, what makes this white-on-red example stand out in the crowd? For starters, it currently shows just under 500 miles (805 kilometers) on the clock. That alone makes it hugely tempting for a specific group of collectors, but that’s only half of the story. As the headline implies, whoever ends up bidding the most on the car is welcome to come to the Gas Monkey Garage to take delivery of this mid-engined oddity.

Identified as a 1986 Pontiac Fiero SE in the Carfax report, the car is presented in tip-top condition both inside and outside. Even the underbody looks tidy, which is a given for a garage queen. Powered by a transverse-mounted V6 engine that used to make 140 horsepower in 1986, the 1986 Zimmer Quicksilver is currently going for $5,000 on Bring a Trailer. 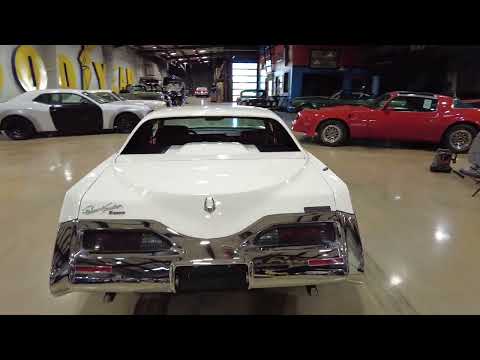