5 Entourage Trailer Has Cadillac Ciel in It, Proves the Movie Is Better Than the Series
Car video reviews:
Coverstory

Back in 2002, a young man that was trying to make a name for himself in Hollywood starred in a movie that made the world of glorified taxi drivers look incredibly cool. His name was Jason Statham and over the course of 13 years he’s become a world famous star, in part thanks to his performance in the Transporter saga.
1 photo
I remember him like it was yesterday. With a veritable British accent and the confidence to match, he created a role that is downright impossible to follow and until this year, nobody even attempted to do so.

After Transporter 3 that was launched back in 2008, there was complete silence regarding a new take on the role and action until now. At last, we have Ed Skrein trying to pick up the pieces in the brand new Audi S8.

Yes, we have to mention the elephant in the room which is the car Ed will be driving in the movie. The thing is, unlike in the previous movies, the trailer that was released this weekend seems more like a commercial for the car rather than a teaser to get us to watch the film.

It’s all looking a bit forced and, the shots where Skrein is shown manually changing gears via that automatic lever are, simply put, funny as hell. No gear head will ever take those seriously and those that will, probably have no idea what real driving is.

As a suggestion, if I may, if you’re going to make a movie that is focused on cars and driving, pick a car with a manual gearbox. I know that the whole Transporter thing is focused and only had the Audi S8 in it and that this car can only be had with an 8-speed auto but there are means to get around this.

You can use sound to emphasize the gearshifts, you can leave out the ‘hand on gearshift lever’ shots or reduce them to the minimum, not bring them to the forefront. That will not help.

Furthermore, the whole trailer looks like a commercial for the S8. In all the shots, the car is as clean as a whistle and even though it goes through some terrifying adventures, it always escapes completely untouched. Now, we know this is a movie but let's be real here...

Other than this, I really like Ed Skrein but I don’t think this role fits him. A more secluded man like, from the top of my head, Keanu Reeves or Mickey Rourke might’ve done the trick to replace Jason but Ed is just too young and too jovial to be taken serious here. 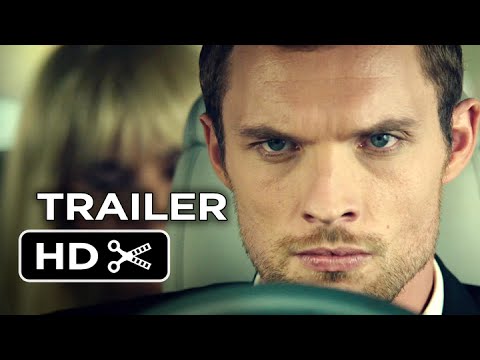