1 Sturdy, Finnish-Made Ouca Cargo Bike Is Build to Carry Everything From Parcels to Children

2 Striking Specter 1 Speed Pedelec Is Built Like a Supercar: Low in Weight and High on Tech

3 Tern Unveils the NBD, Its Most Inclusive E-Bike Yet, Has an Ultra-Low Step-Through Design

5 Orbea's Keram 30 Is Bent on Replacing Your Car As the Ultimate Mobility Machine for $3K
Car video reviews:
Up Next

Will Humans Be Able To Coexist With Robotic Trees in the Future?

Whenever technology moves forward, and innovation takes the wheel of design and functionality, it often spews over into countless industries, all, one might say. This trend is also true for cycling, and today we'll explore what's possible by looking at one single machine, the Urtopia e-bike.

The New Age of Cycling Frames Is Here, and Urtopia Is One Machine You Need To Know About

Folks, you may have seen the name Urtopia in the news lately. With its uncanny and mindboggling design, how could you not? Well, considering this machine is up for order, I decided it would be nice to see just what's in for a cool €3,300 ($3,330 at current exchange rates).

As I explored the Urtopia and the brains behind it, I was confronted with a name known even to BMW, designer Mathis Heller. Best of all, his work extends across several industries, and over the years has amassed countless awards showcasing his design prowess. This time, all that knowledge is wrapped up in an e-bike like few I've seen before. Yes, I've seen bicycle frames shaped like this before, and one, in particular, is the Urwahn Fair Frame.

What I would like to point out about such a frame design is the way it handles as you're riding along. Typically, frames rely on a seat tube to keep your triangles stiff and from falling apart when you hop on. Because the seat tube now blends into the top tube and seat stay, forming an open frame, your ride should be smoother as this shape should flex slightly under your body's weight. I haven't tried the Urtopia yet, but I am currently testing a Urwahn e-bike, and the ride is exceptional.

Now, if you look closely at the frame, you'll notice the lack of welds. This is because this puppy is built out of nothing but carbon fiber, and this includes the frame fork, handlebar, and even seat post. Best of all, once this bugger has been fully equipped with the necessary electronics, it'll only weigh 14 kilograms (31 pounds). That's lighter than my aluminum Focus Whistler which isn't an e-bike.

However, there's a good reason why this bugger is designed to be so light, mobility. Because the Urtopia is a bicycle meant for urban or city use, which often means that you may use stairs to make your way around town, it shouldn't be too cumbersome to carry around. Just sling it over your shoulder, and off you go.

Another way the manufacturer reduced weight on the bike is by opting for a rear-hub motor, cranking out 35 Nm (26 lb-ft) of torque, and running under 250 watts. For U.S. riders, the motor is limited to 20 mph (32 kph) and, in Europe, to 15.5 mph (25 kph). It's unclear just what sort of motor may be used on the cycle, but the manufacturer's website states that it's a "customized" motor.

Whatever that means, I don't know, but with a Samsung 350 Wh lithium-ion battery, this trinket boasts a max range of 80 miles (128 kilometers). That's enough to have you recharging one every three days if you ride 23 miles a day; rarely does the average human spend that much time in the saddle.

And while all that sounds amazing, the Gates Carbon CDN belt is another aspect of Urtopia that brings even more comfort and a worry-free ride. With a lifetime of around 30,000 kilometers (18,640 miles), you'll probably destroy the frame in an accident before your belt needs servicing.

Finally, what would any e-bike be without some sort of app to go along with it, and the Urtopia has it all. Plan routes, track progress and battery levels, find your bike with GPS tracking in case someone has sticky fingers, and more.

Personally, after reading all of the above, I feel there's only one thing that needs to be done, head down to my local dealership and test one of these buggers out for myself. After all, the only downside to a test ride is that you fall in love with whatever you're testing; you'll walk out with that much less cash. Sounds like a fair trade. 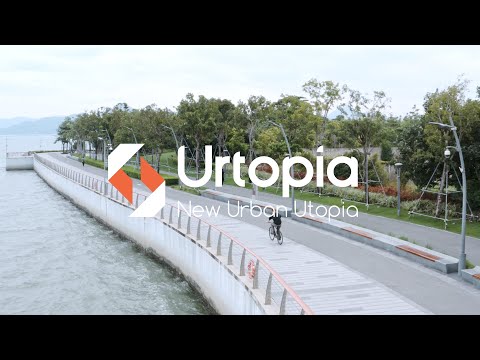 Editor's note: This article was not sponsored or supported by a third-party. Images in the gallery also display the Urwahn Vagabund Edition Fair Frame e-bike.

2022 Was a Good Year for Hot Wheels Collectors, Here Are All the 15 Super Treasure HuntsSee all coverstories