3 Supercars, Trucks and Classic Cars for Rappers: Rags to Riches

For those of you who didn’t know this already, an engine swap is the process where you take out the old engine in your car and replace it with another one. This is sometimes done because of failure, but most of the time bigger, more powerful and modern engines are installed.

The Most Extreme Engine Swaps!

This rare form of modification requires a lot of two things: time and money. This is especially true when people try to mix and match engines and cars from totally different manufacturers.

This first engine swap we’re going to talk about will give your kids nightmares. It’s a 3,500 horsepower Austin Mini, and it’s not a car, it’s a monster. Your garden variety Mini hatchback from ye old days came with very small engines, ranging in displacement from 848cc to 1,275cc. Yet somehow, its tiny frame was stretched and stuffed with an industrial sized diesel engine.

The 11-ton oil-burner is called the QSK78 powerplant, has 18 pistons arranged in a V shape, displaces 78 liters and has no less than 12 turbocharges for a total output of 3,500 hp and a maximum torque of 14,800 Nm. Normally, it’s used in those mining dump trucks that are the size of office buildings, but on the Mini’s back, it looks like a tumor.

After showing you that insane project, we remembered the petite frame of the Austin Mini also took in something a bit more refined than a diesel engine. This one could be called the ultimate sleeper if you ask us. Instead of the normal, outdated engine this Brit came with, the owner installed a powerful bike engine under the hood, a 170 hp high-revving racer from the Yamaha R1. 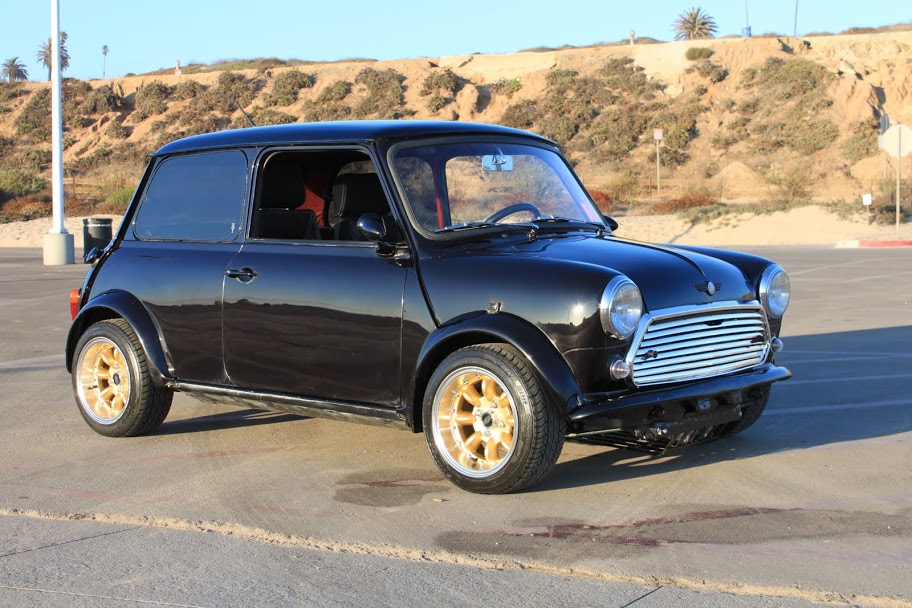 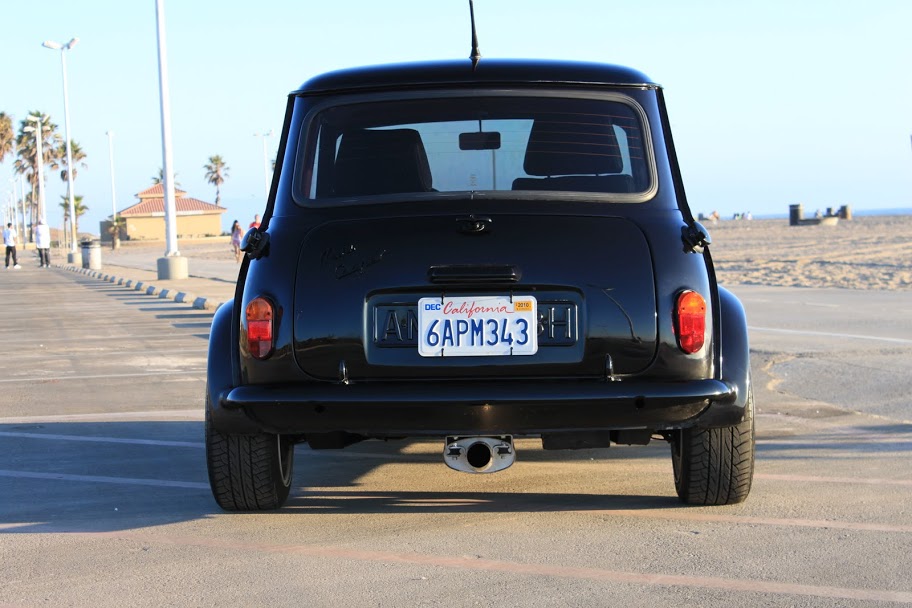 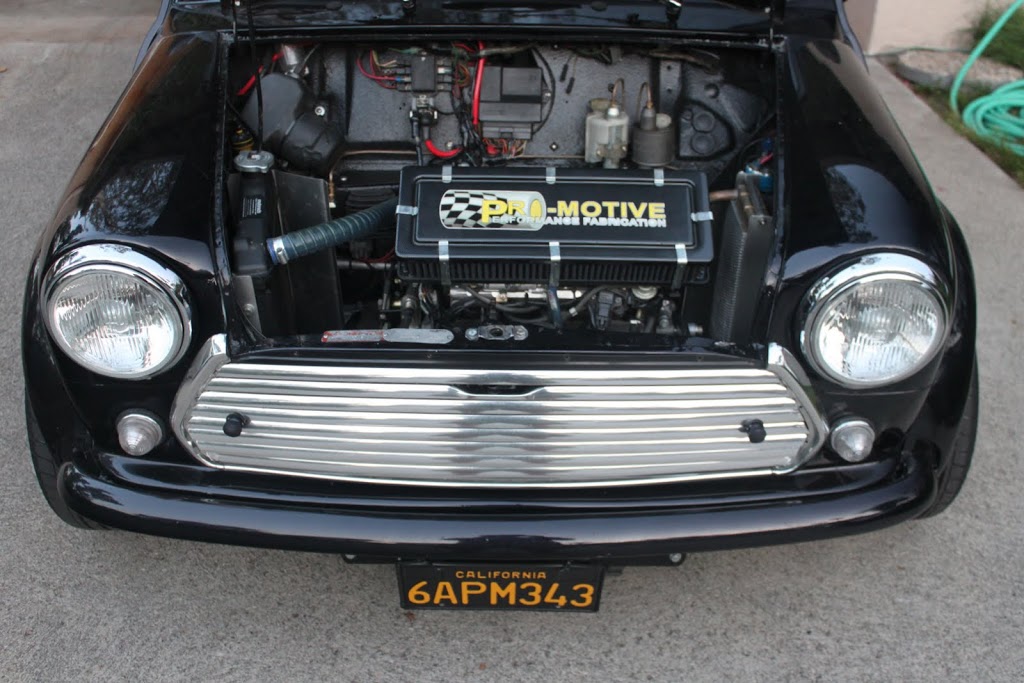 So now, the car will rev all the way to a screaming 11,500 rpm red line and will shift gears using the sequential box from the bike as well.

“It sits parked next to a 502hp Camaro and the mini scares me more. Once you get into the power band, you better hold on for your dear life. It is an utter riot,” says the car’s current owner, who listed the bike/car on eBay.

Supposedly, the engine swap is based on a kit built by a British company called Pro-motive and 40 of these little devils have been built and sold across the world already. The price? Well, this one is supposedly worth $33,000.

That’s all great, but how about something a bit more official than a bike engine slapped into a Mini by some boys in Britain? 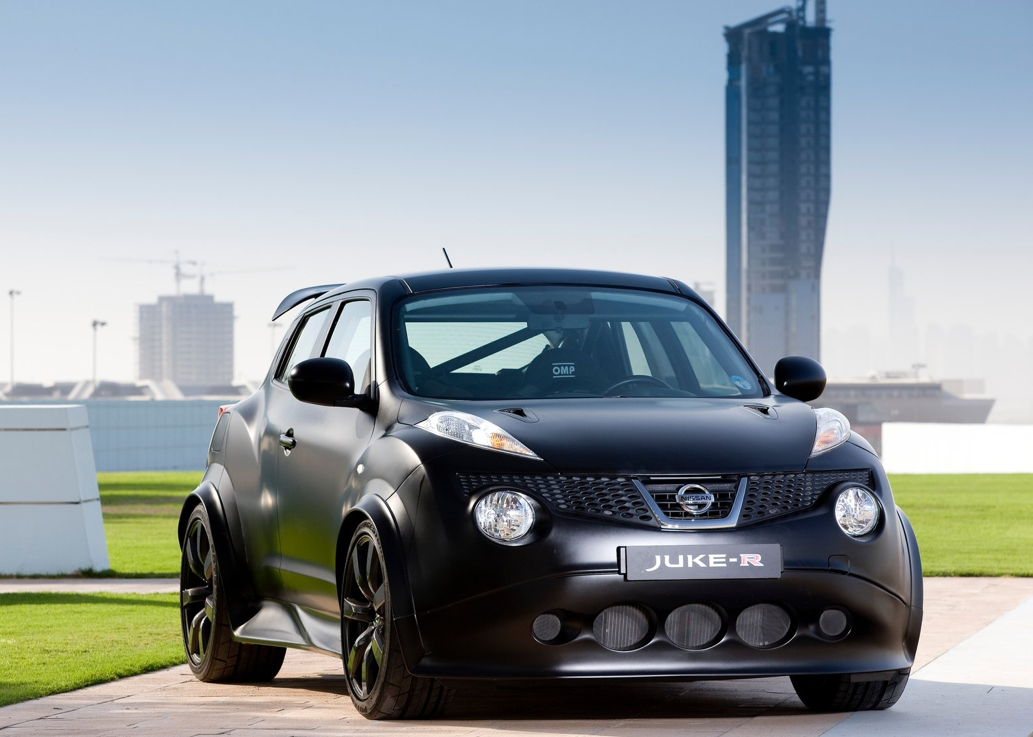 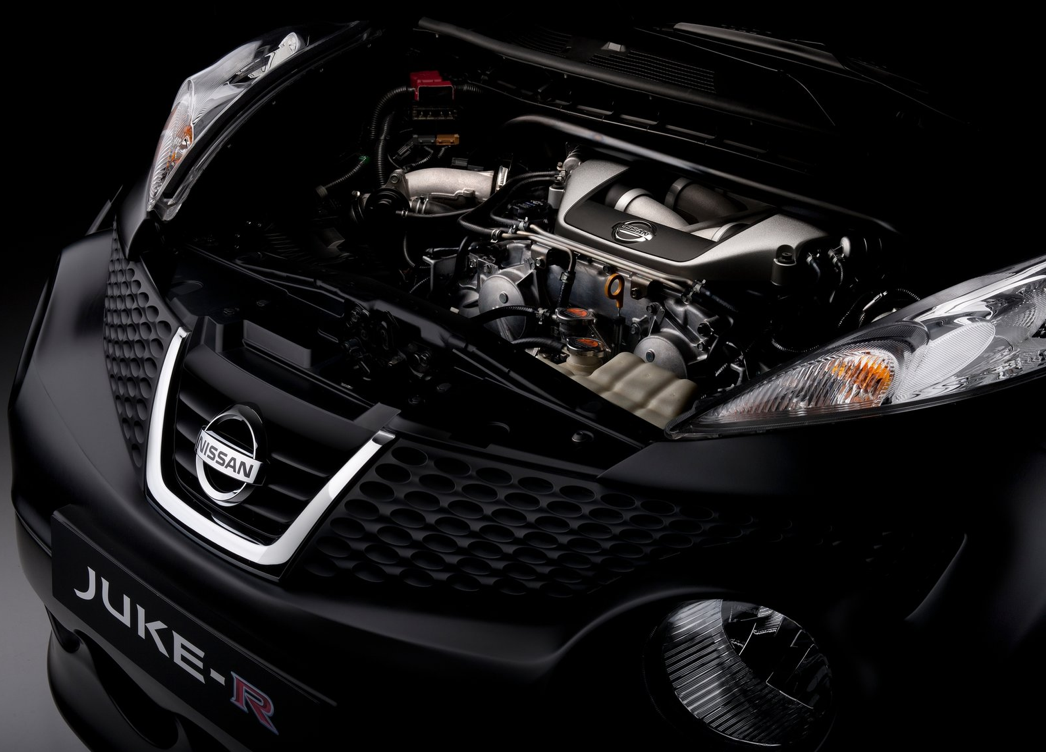 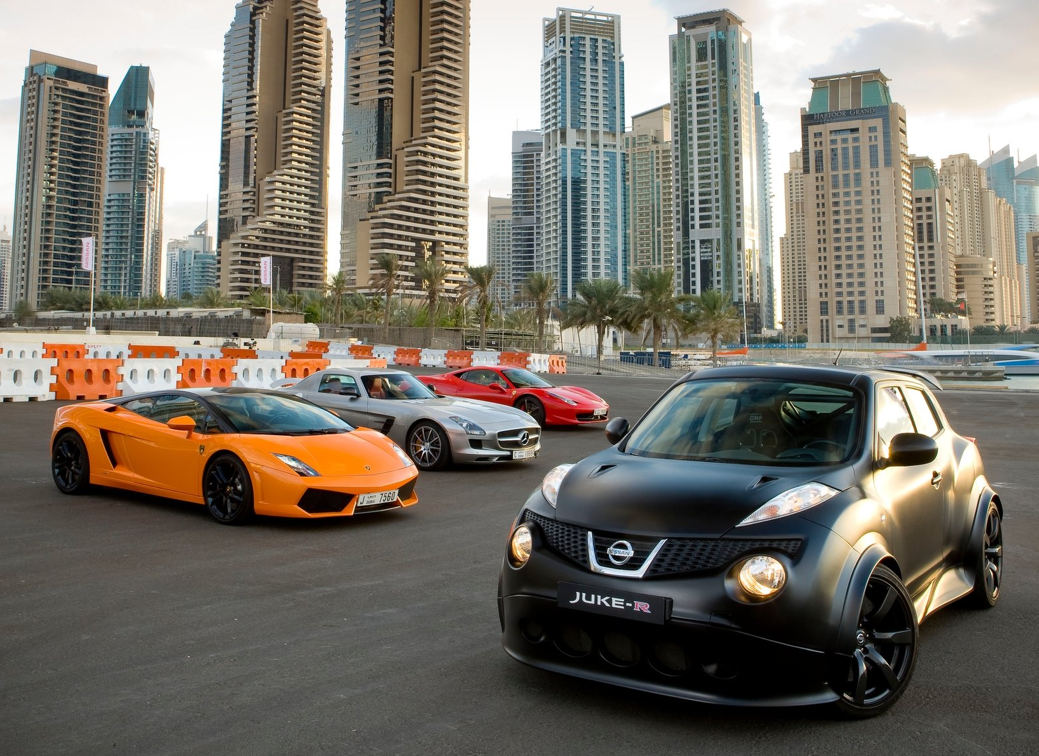 Five letters and a hyphen are now famous the world over. But why? Because of one of the coolest engine swaps in modern automotive history. In 2007, Nissan blew people’s minds with their own supercar that not only produced 480 horsepower, but could also humiliate cars that were a lot more expensive.

At it heart, a 3.8-liter V6 was helped by two turbos. Tuners went absolutely mad over that engine, and people dreamed of having it in all sort of cars, but only one ever got a GT-R heart transplant, the now infamous Juke-R.

The project was put together by NTC-E, a UK-based company, not by Nissan themselves. The normal Juke is front-wheel drive in base form, available only with very small engines mounted transversally. Clearly not the ideal car to take a huge engine and complicated AWD system.

Making the Juke-R is not as simple as putting a big engine into a little body. The GT-R running gear has two prop shafts, one going from the engine to the gearbox which is in the back and another going forwards again to drive the front wheels. Both had to be shortened because the wheelbase of the Juke was shorter by 250mm than that of the GT-R. The suspension, the brakes, steering, everything had to be re-fitted inside a little car that was originally designed to rival a MINI Cooper.

The whole thing is so extreme that it costs about half a million euros to buy. If that sounds like too much, there’s a Russian company that makes its own version and has tested it around the Nurburgring. 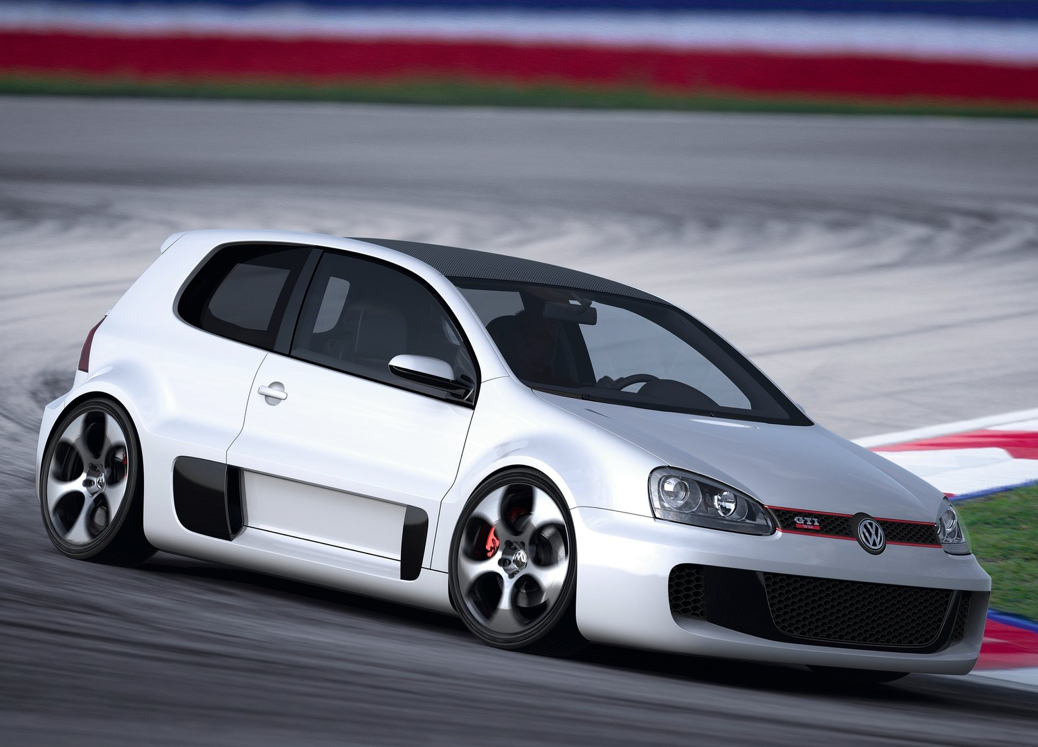 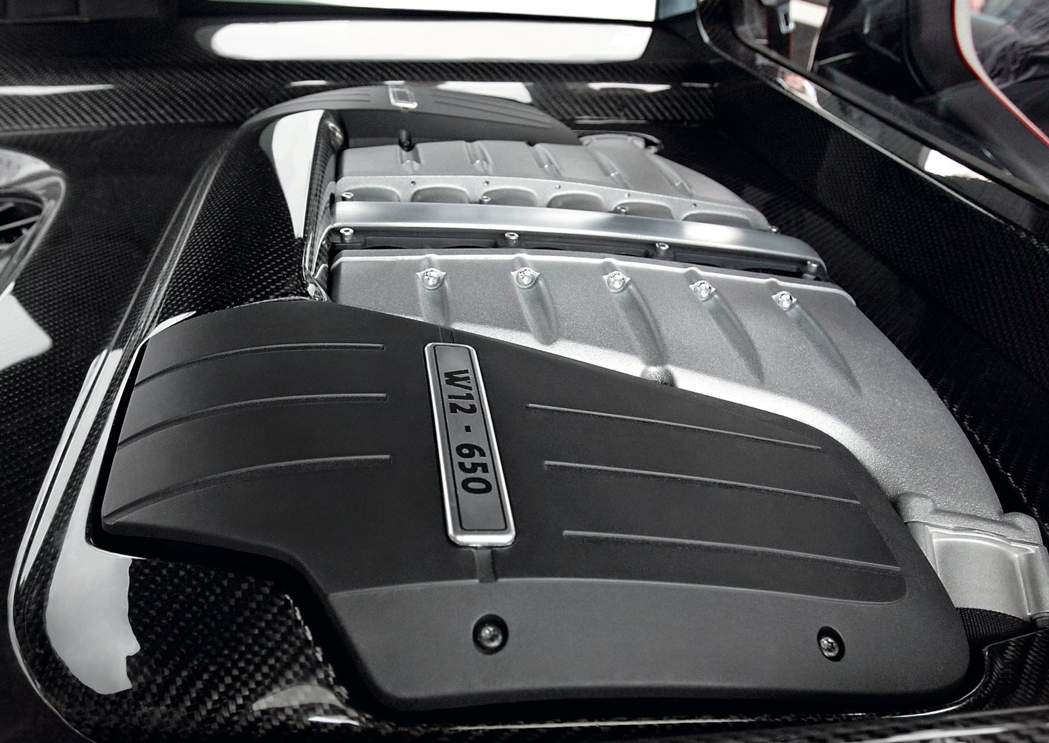 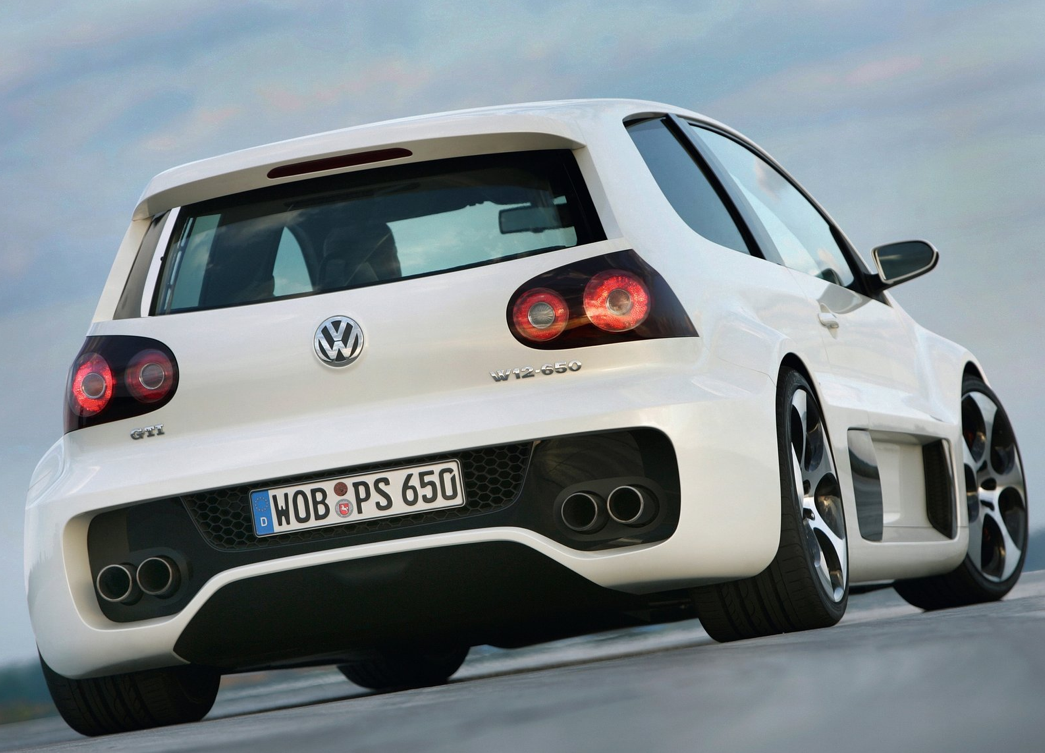 However, this wasn’t the first time that such a project had been created officially. The Golf GTI W12-650 is just as famous as the Juke-R, just a bit older. The one-off had been constructed for the VW that gather annually at the Worthersee meeting and is built with all sorts of parts from the VW Group: brakes from the Audi RS4, rear axle from the Gallardo and chassis bits from the Audi R8. But the party trick of this white ex family car is that it’s powered by a W12 engine from a Bentley Continental. Excuse us for still being impressed with this engine swap, but it’s a bit like taking two V6 engines and asking them to make love to each other in the back seat of the Golf. While they were at it, they just tossed that useless lump from under the bonnet since its measly 200 horsepower were no longer needed.


The cheapest and least powerful engine you could buy with this body of Golf was a 75 hp 1.4-liter, while this twin-turbo W12 from Bentley makes 650 hp. That’s an eight-fold increase in power over the standard Golf, or 3.5 times more than the GTI. If this were a human, he would have gone from chess club geek to super-heavyweight champion of the world. 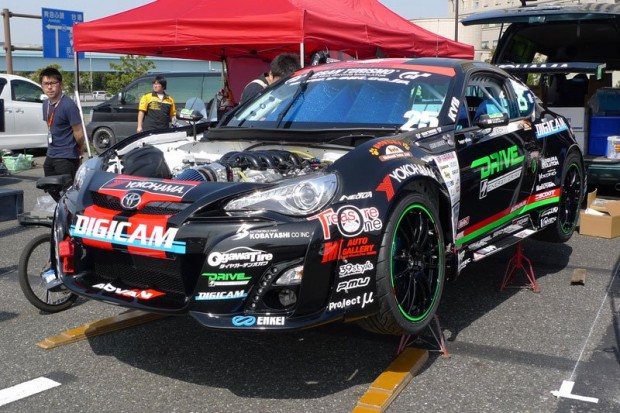 We loved the Toyota GT 86 when we drove it. We thought it was the only car you needed to have fun on a track day, but we imagined it would be much better if it had more power. Right now, there are plenty of aftermarket kits with exhausts, superchargers, carbon fiber air boxes and other goodies, but there’s only one Toyota 86 drift car that’s powered by a V8.

We just couldn’t end this collection of big engines in small cars without showing you something that’s worthy of a Mad Max movie. On an insanity scale of 1 to 10, this is a million and a bit. Jagged Edge is a twin-turbocharged, 5.3-liter V23 engine in a raw, vicious frame. The frame is from an old Kawasaki and it looks about as comfortable to ride as a pile of rocks. Needless to say, with three times the cylinders, it’s not a bike for beginners. 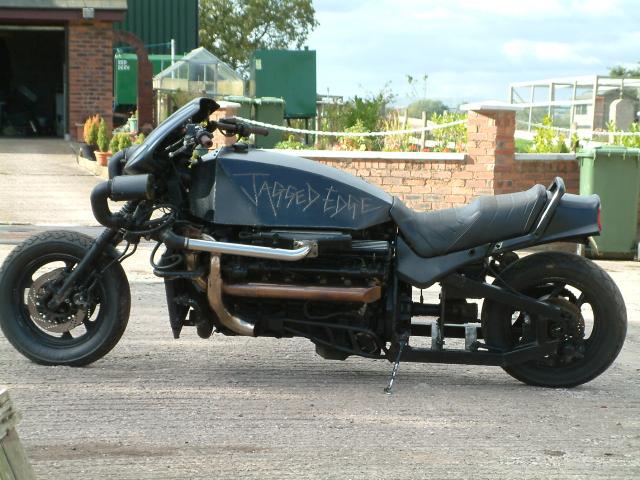 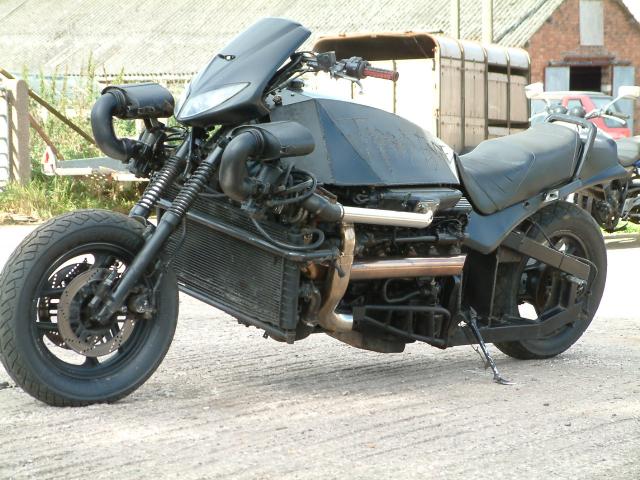 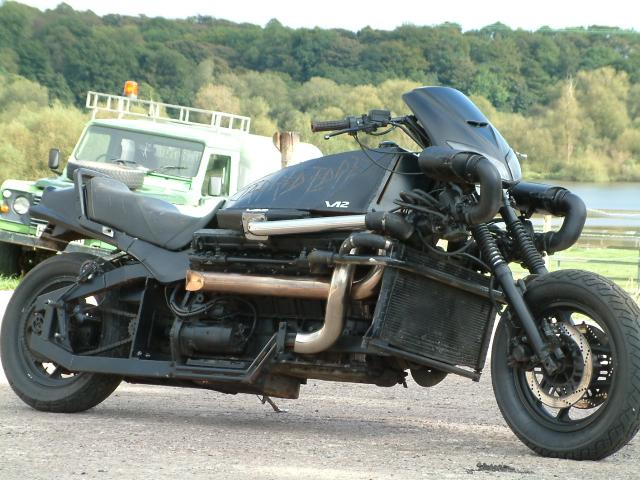