This Apollo Era Lunar Module Never Made it to the Moon, Stranded In A Museum Instead

One of the most requested GRID Legends features has finally made it to the game courtesy to Codemaster. Launched back in February, the latest entry in the GRID series lacked this non-gameplay feature, although developers revealed that it will be added at a later date.

That time has come, as EA and Codemasters announced a new, free update is now available for GRID Legends, which brings the fan-favorite “Photo Mode.” Along with the new feature, Codemasters sneaked in a host of bug fixes and general improvements.

Available on all platforms, the new Photo Mode allows GRID Legends players to capture their favorite moments. Those with experience in photography will find a wide range of options to tweak and finely tune to make their pictures look stunning.

It’s also important to mention that the Photo Mode is available on a wide variety of GRID Legends’ game modes, including Race Creator, which should provide players with total creativity freedom when it comes to capturing in-game pictures.

To mark the addition of the Photo Mode, Codemasters and EA have teamed up with several iconic brands such as Porsche, Fordzilla, The London Eye, Xite and many more to introduce the first GRID Legends Photo Mode Challenge.

The new Photo Mode Challenge is open to all GRID Legends players between July 8 and August 7. A new challenge will be presented every two days and the best images captured in Photo mode will be shared on the GRID Legends’ official website and potentially added in-game.

As far as the new patch goes, you can find below some of the changes included, but make sure to check out the full patch notes on the game’s website for more details:

General
Online Driven to Glory & Career
Performance/System/AI
Finally, Codemasters states that while some of the objective unlocking bugs have been resolved in this update, they are working to address the ones that are still present in the game. The same goes for notification flags, so if you find any issues with that know that they are likely to be fixes in a future update. 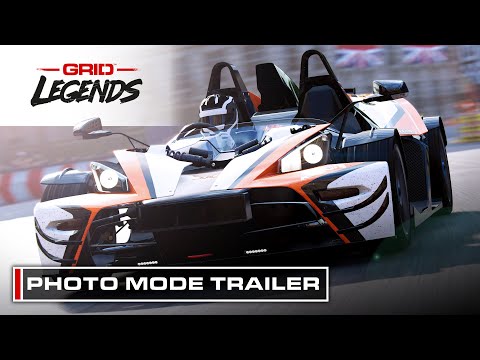