2 Toyota Is Turning a Tacoma TRD Sport Into a Truck Camper for SEMA, Names It the Tacozilla

5 This Is the Tiny House Version of a Motorhome, The Moormann Minimalist VW Streifenwagen
Car video reviews:
Up Next

What is it that makes a camper a perfect vacation vehicle? If the answer to that is the ability to go off-grid, the fact that it packs all the necessary amenities in a compact footprint, and that it scores high both in terms of capabilities and maneuverability, then the perfect camper is Stella Vita.

The Little Camper That Could: Stella Vita Completes Extended Trip on Solar Power Only

Stella Vita is a camper that runs on solar power only and, because of this, has been dubbed the world’s most sustainable house on wheels. It’s a highly habitable vehicle, an aerodynamic body made of lightweight materials, and a drivetrain that draws energy from the Sun via roof-mounted solar panels.

It’s neither the prettiest nor the most comfortable mobile home out there, but it compensates for that by being entirely self-sufficient. Stella Vita is a camper with historical importance, the sustainable icon of tomorrow.

The idea of running vehicles on solar power is not new, of course. However, real-life applications have been few so far and not as successful as they seemed on paper. In the traveler industry today, we do have motorhomes, RVs, and overlanding rigs with solar panels on the roof, but the solar system only serves as a backup for when at camp, for off-grid stays: it doesn’t power the vehicle as it moves between locations.

Stella Vita aimed to change all that by showing that it could be done. It’s not a production vehicle, so don’t reach for the wallet just yet: Stella Vita is a demonstration vehicle from a team of 22 co-eds from the University of Eindhoven in the Netherlands, and it has just completed a month-long cross-European road trip on solar energy only.

The announcement was made last month once construction on the yearlong (give or take a few months) project was complete. Stella Vita, which means “life star” in Italian, was capable of using its roof-mounted solar array and 60-kWh battery for a range of up to 730 km (453.6 miles) on a sunny day and 595.5 km (370 miles) at night. The solar array was expendable, too, allowing for more efficient charging when parked. Side expansions brought the total area to 17.5 square meters (188 square feet), double the size when not expanded, and served as awnings for the occupants.

With a top speed of 120 kph (74.5 mph), Stella Vita weighs just 1,700 kg (3,750 pounds), despite the fact that its roomy interior houses every basic amenity you could need on the road. The roof pops up, allowing for standing space. The camper has a foldable queen-size bed, a small kitchen block, and a dinette on an elevated platform, storage, a stowable toilet, and even a hot-water shower. All appliances run on solar power, too, including the TV, the coffee maker, and the outlets for charging your phone or laptop.

Built with very light materials, Stella Vita is designed as a testbed for future sustainable tech. The goal behind the project was to show that it could be done or, to paraphrase the team manager, to show that if students could build a sustainable camper in a year, automakers should have no trouble bringing one to market in an even shorter timeframe.

As if to prove the point, the team took Stella Vita on the road. After all, what good is claiming you can build a camper that runs on solar power if you’re not putting it to the test? In mid-September, Stella Vita left Eindhoven, with plans to reach the southernmost point of Spain within the month, after a 3,000-km (1,864-mile) journey, with plenty of stops along the way for recharging and to meet with local authorities, students, and private companies to discuss the project.

On October 15, the European road trip came to an end. Of the total distance covered, Stella Vita had to be towed for about 1,000 km (621 miles) due to some issues with the drivetrain that could not be fixed right away, which would have pushed the trip into colder weather. However, the issues were eventually sorted out in France, and the camper was able to go through all destination points until it reached the final one in Tarifa, Spain.

The European road trip was not without challenges, but it was well worth it. Everywhere the camper went, it caught the eye and got people asking questions about the possibility of a future, fully-sustainable travel vehicle – and that was the goal from the start.

So what’s next for Stella Vita? Hopefully, some of the innovations showcased on it will transfer to production vehicles. At least, that’s the hope with the Eindhoven team, the same one behind Lightyear and several other record-breaking solar-powered vehicles. It would be a shame if Stella Vita became a note in the annals of history, whose sole achievement remained its existence.

“It has been a wonderful time in which we all learned a lot,” the team manager says in a statement. “What will happen to Stella Vita? Well, the big dream is that there will be a company that actually takes our ideas to the next level. Has Elon Musk contacted us yet? Well, I’m expecting him to call at any moment!” 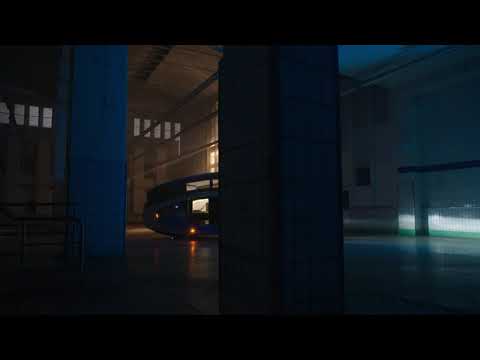