Elena Gorgan
No one likes boring, and of all the people and all the companies in the world, Latvian-based Dartz Motorz hates boring the most. Look no further than the limited series of the Dartz Prombron Aladeen SUV for confirmation of that.
12 photos

The Prombron Aladeen Edition is actually a Prombron Kombat SUV in glittery, golden clothes. The Kombat itself is based on the Hummer H2, and the Aladeed Edition was introduced in 2012 after three of the vehicles were shown in Sacha Baron Cohen’s comedy The Dictator. The rides were the vehicle of choice for the Dictator and his virgin army, and they were included in the press promo for the film.

Dartz created the car for the film; due to the film’s success, shortly afterwards, one of them had already sold, and the maker announced a 10-limited series for individuals with the same vehicular taste as His Excellency Admiral General Aladeen, Supreme Leader of the Republic of Wadiya. At the time, it was described as “the most expensive car in the world,” with prices ranging from $500,000 to $750,000. It was an arbitrarily granted title, but it served to grab headlines where its golden exterior could not.

All but one of these 10 cars, including the 3 movie vehicles, have now sold, so this is your chance to grab the very last remaining one. CarScoops reports that Dartz is selling the shimmering, golden, bulletproof SUV, with estimates saying it could still fetch as much as three quarters of a million. It’s not one of the movie cars from The Dictator, but only you will have to know the difference.

While the Aladeen Edition looks ridiculous despite its massive size, it’s not easy to discard its merits, once you dare look past the golden exterior. The interior is decked in the finest exotic leathers and is packed with gadgets, including massage seats, a biometric safe for your most prized possessions, and champagne bottle chillers. You can’t ride like a dictator and drink bottled water, we need to be in agreement on that.

Power comes from a 400 hp (405 PS/298 kW) V8 engine, and the body has armor plating offering protection capabilities from level B2 to B7+, and 3-inch (7.6-cm) glass, to protect you from whoever might wish you harm. Like the other 9 units in the limited series, this one too is offered with Wadiya symbols throughout, including a Wadiya license plate.

It goes without saying, but this limited-edition custom vehicle is not for everyone, and its appeal resides mostly in the way Dartz was able to create the fake narrative of General Aladeen. That said, if you’re going to be drawing (mostly negative) attention to yourself with your car, you might as well do it in the most shameless, outrageous way possible. 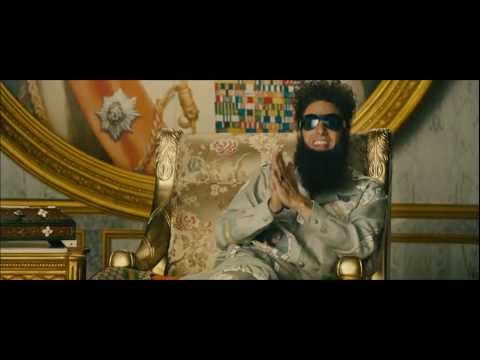 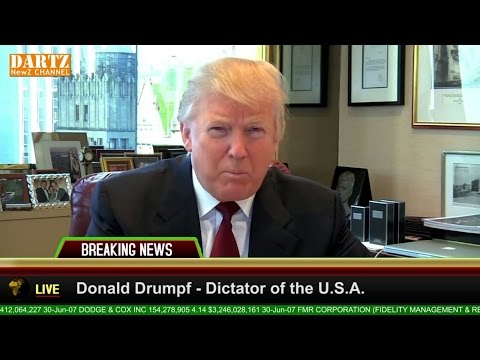