1 Kylie Jenner Has "Intimate” Birthday Bash on a Luxury Yacht, Because That's How She Rolls

4 Kylie Jenner Treats Fans to Journey to the Met Gala, Including the Trip on Her Private Jet

5 Here's a Good Look at the Kardashians' Cars and Mansions in the Trailer for Hulu Show
Car video reviews:
Coverstory

The Kardashian-Jenners Attend Kendall's 818 Party, a Chance to Flaunt Their Expensive Cars

The Kardashian-Jenner sisters gathered to attend Kylie’s 818 Tequila investors event on Wednesday evening, which included flaunting their expensive cars, with Kylie even matching her G-Wagen.
7 photos

One thing everyone knows about the Kardashian-Jenner sisters is that they love opulence and luxury. Everything they own is luxurious, be it clothes, mansions, or cars. On Wednesday, August 17, the sisters gathered to support Kendall at her 818 Tequila investors event and brought their best outfits and, of course, cars.

Kendall arrived at the event in a black, elegant Mercedes-Maybach S-Class, which has been her go-to car recently for all the events she attended. During the event, she also announced a new product, the Eight Reserve by 818.

Kourtney arrived at the event in what looked like a Ferrari 488 Spider, in black. The reality star doesn’t usually go for this type of car, but it felt right for the event. At the end of the night, she seems to have opted for a gray Rolls-Royce Cullinan, which she used for the after-party.

When it comes to Kim, she went for her gray Mercedes-Maybach S-Class, which seems to be her top choice for events and premieres. Given that it’s luxurious and customized to fit her every need, one could totally understand why.

Meanwhile, Kylie wanted to dress to impress, so she arrived at the event in a denim outfit, holding hands with her daughter Stormi, 4. Her car of choice was a silver Mercedes-AMG G 63, which matched her outfit. The SUV seems to sport several updates, including an unconventional silver bullbar, added lights on the roof, new fenders and a redesigned hood.

Their mom, Kris Jenner, and her boyfriend, Corey Gamble, were also there to support Kendall, arriving in a blacked-out Mercedes-Maybach GLS 600.

The only sister who did not attend the event was Kourtney, who is away on tour with her husband, Travis Barker. But the rest of the sisters had it all covered when it came to their expensive cars. 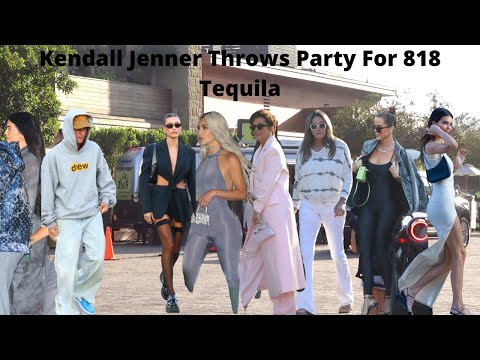