3 The Platypus Is Not the Sea Vehicle You Expect

4 These Things Are Half Boat, Half Submarine, and Double the Fun

According to its specs sheet, the concept vessel is like none before it. 30,000 pounds (13,6 tons) of water-going craft that can easily sit and navigate on very shallow water. Diving down to 500 feet (150 meters) is child's play, according to the builder, thanks to the clever dry-cabin design that can withstand the enormous pressure of the abyss.

Many other technical features make this submarine (or supra-marine?) feel equally at home riding the waves or making them from down below. 860 HP from twin V-drive Yanmar turbodiesels will take you cruising at 26 knots (48 kph). The top speed is 31 knots (57 kph), and it takes as little as eight seconds to reach it from the moment you wide open the throttle.

The Hyper-Sub can carry passengers, personnel, troops, or cargo, depending on the design features. That should hint at its alleged multipurpose uses: from recreational to warfare and everything in between. The maximum payload in the current configuration is 3,000 pounds (1,3 tons).

All of the above are just… well, above the waterline. But the Fast Boat Submarine also goes deep down with ease. While in dive mode, a 5.5 knots (10 kph) propulsion is provided from two electric-over-hydraulic 60 HP Innerspace thrusters. And, if you want to take your time and enjoy the deep without going anywhere, additional twin vertical thrusters with 10 HP each keep you stationary.

I did mention a 500 ft dive depth with the prototype cabin. However, the constructor claims the vehicle can go below more than twice as much. With a specially designed dry cabin and appropriate materials, the submariners can enjoy the ocean view at 1,200 feet (365 meters).

A worthy note is that the vessel is built with a safe margin of 1 (meaning the theoretical calculated absolute limits of failure are twice as much as standard operational ratings). In plain English, the maximum working depth is 1,200 feet, but the sub will not succumb to the colossal pressure of the ocean until it reaches 2,400 feet (730 meters). Still, I would strongly advise not to challenge the theory and physics with a test…

Gadget-wise, the boat comes equipped with a periscope (this definitely has to convince you that it is a submarine). It also sports HD cameras, six fully dimmable LED light arrays, and a multi-beam imaging sonar. This is particularly handy for zero-visibility operations, such as murky subsea pipeline or cable environments.

A unique feature of this sub-boat is the ability to resurface, even with the cabin fully flooded. Again, not something to be tested at home. Or in the ocean. Also, it self-rights (if capsized, it returns to its normal position all by itself.) For added at-sea safety, the double-hull configuration has eight separate compartments.

All is fun and games so far, but there is one question we haven't answered: "How Much Is It?" Short answer… there isn't a retail price. There are five variants available, but, being custom built to such an extent, prices may vary (by a lot!). According to the manufacturer, a "Hyper-Sub can be outfitted in an infinite number of ways. Battery selection alone can increase the price of a Hyper-Sub by $3 million or more ."
If we were in a 007 movie, there would be a guy who could build a small nuclear reactor for the Hyper-Sub (and it would suit it perfectly, I must admit!). If you have further questions, please take them directly to the seller. In the meantime, look at the photos and videos to see the prototype in action. 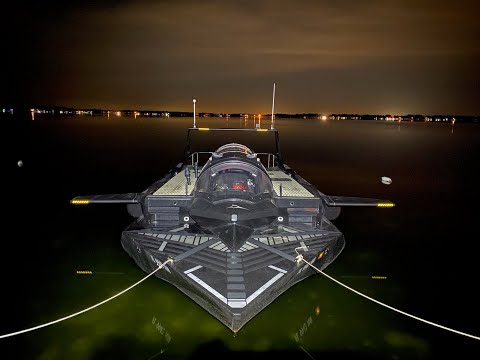 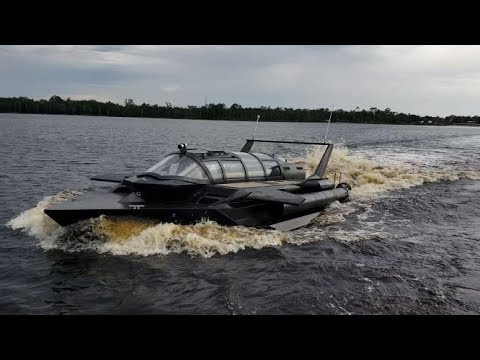