The Hills are Alive with the Sound of Audi R8 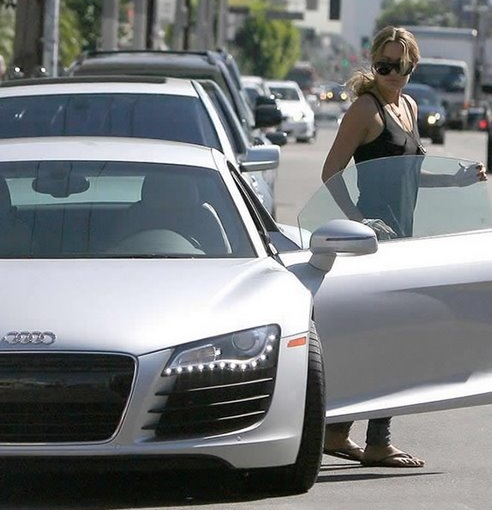 Don't you just love sexy girls on expensive cars? And when the car is yours it's even better, but when the sexy girl owns the expensive car, that's when things tend to get a little complicated. Take Lauren Conrad, star of the hit MTV reality show “The Hills” for example.

Not many can boast working for a scripted reality show and not many can boast driving an Ice Silver 2009 Audi R8. Yes, that's right, MTV does pay that well. And what better way to show off your brand spanking new wheels than to take them for a spin around Hollywood for something as trivial as a shopping trip. Girls do that, you know.

Anyway it's always nice to see what the stars are driving and Lauren Conrad seems to be no exception, especially since the last season of “The Hills” enjoyed an audience probably bigger than the Olympic festivities. That's not bad for a show that “about nothing” if we were to quote Charlize Theron. 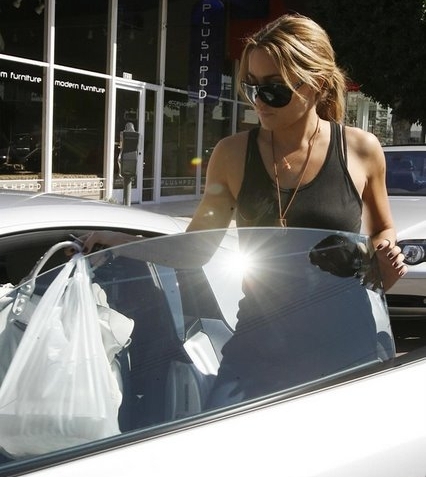 And like any self-respecting girl would do, Lauren was equipped with a matching color purse and extremely stylish flip-flops (term to be taken lightly, sort of a tongue-in-cheek expression if you will), forming a fashionable “ensemble”.

In other news, Lauren has apparently just made up with co-star Audrina Patridge in what could possibly spell another season of The Hills (say it ain't so!) so be on the lookout for more girly rides around town which will most definitely include shopping and staged outings for a soda or a root beer. Oh to be young, rich and famous!

While you ponder the possibility of a new Hills season, we leave you with the pictures of Lauren Conrad and her rad Audi R8.