You’ve probably seen at least a re-run of Wacky Races, the Hanna-Barbera cartoon from the 60s. The show was inspired by the 1965 comedy film The Great Race, and featured 11 different cars and 23 different characters competing for the "World's Wackiest Racer" title. The Helicron car is even older, dating back to the 30s, and it may or may not have inspired the show.

Marcel Leyat was born in France in 1885. He went on to get an engineering degree, then designed, built, and flew his first airplane in 1909. For whatever reason, he believed that propeller-driven vehicles will be the norm.

Well, it turns out he couldn’t exactly predict the future – but that didn’t stop him from building his first propeller-driven car in 1913, which he later developed into the Helico (or Helica) in 1919. He displayed his invention at the 1921 Paris Auto Show but failed to get funding and only continued producing such vehicles on a small scale until around 1926.

Leyat died in 1986, but some of his vehicles are still alive. His 1919 Helico (pictured above), for example, is still in good shape, residing at the Lane Motor Museum in Nashville, Tennessee. That same museum is home to a similar vehicle, also originating in France: the Helicron.

Presumably built in 1932, it looks like a slightly-modernized version of the Helico, and was found in terrible condition. There’s no clear evidence about who designed or built it, but given the name and similarities to the Helico, along with its country of origin, it’s probably safe to assume the Helicron is one of Leyat’s late creations.

The original owner abandoned it in a barn, where it took a deep slumber until the year 2000. Since then, it’s been restored and is now looking great.

The car has an Austin 7 chassis (the first BMW car, which was sold in France as Rosengart). However, the chassis was flipped backward, so the car steers via the rear wheels. The propeller is coupled directly to the crankshaft of the Citroën GS engine, which is not the original one used. But besides that, most of the vehicle’s mechanical components are original.

Now, some say that’s the only one left, but that’s not the case. Because the Malaga Automobile Museum (Museo Automovilistico de Malaga) in Spain is home to the Helicron 2. These are the only two in the world, and while they’re pretty much identical, they do show a few differences.

Helicron 2 is red and has a four-blade propeller, while Helicron 1 back in Nashville is blue and has a two-blade propeller. Moreover, the two vehicles have different dashboards and steering wheels. As for the components, “aviation parts and a four-stroke flat-four engine” were used for the Helicron 2, which are supposedly still the original ones.

As I mentioned previously, Helicron 1 went through a restoration.

The gauges needed work, and the type of old-school key used to get the car moving is so unique that some locksmiths don’t even know what it’s called. Moreover, the front axle was replaced, and a local woodworker built the shroud for the 4-ft (1.2 m) propeller. The car not only looks like a small airplane but is also just as loud as one.

Some of the major downsides of the vehicle are the huge turning circle and the very slow acceleration – it can potentially stop when going uphill. Plus, you have to be extra careful not to hit something with the rear end.

While it’s completely road-legal, you probably won’t see it in traffic anytime soon. And even though propeller-powered cars never took off (neither figuratively nor literally), we might still end up using them in one way or another. 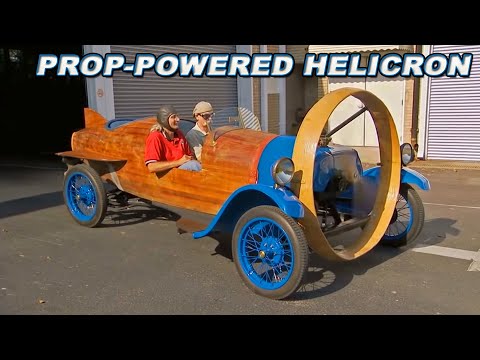 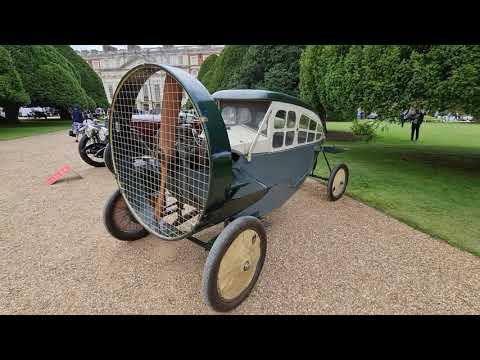 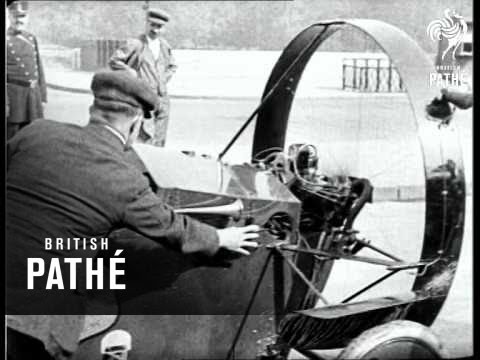