1 Clarkson, Hammond, and May Try to Explain Their Show, Fail

4 Jeremy Clarkson Gets Trolled by ATM, Then by His Twitter Followers

When a 15-second-long teaser is enough to get your heart pumping, you know you're in for a treat once the actual show starts. Which, in case you missed it, is in two weeks from now.
1 photo
Whenever you are doing something very important on YouTube (because nobody has ever wasted time on that website), it's a good idea not refrain from reading the messages before watching the video. In fact, if there's something even remotely controversial in the clip, it's probably better to stay away from the comment section altogether.

YouTube seems to be a magnet for trolls, and the first thing they teach you in anti-trolling school is never to feed the troll. You just ignore it and leave to starve to death. Well, maybe the first thing they should teach you is how to spot one, but go through the messages on ten or fifteen videos, and you'll gain enough experience.

However, this is a double-edged sword because the comments can also hide true gems. You'll often laugh harder at the few lines somebody left beneath the video than at the video itself, so browsing through them can sometimes be worth it. Well, it's the Internet, so you can never be sure what's the best course of action. Do I click on this link that says I won an iPad, or don't I?

Well, whenever The Grand Tour posts a video, there has to be that one guy who says "this is better than the whole new Top Gear series." He's just so upset with what they've done with the old show that he just needs to take it off his chest, even though the line is as old as my grandmother's wedding dress.

But you know what? In most cases, it's true. You don't need more than 15 seconds to produce good comedy, or to give people a taste of what's to come. At the same time, you can have a few hours of footage and ruin it all by using Chris Evans as your main presenter. It's just the way things go.

In two weeks from now, Clarkson, Hammond, and May will be back in our lives and, as another comment says, it's going to be epic. 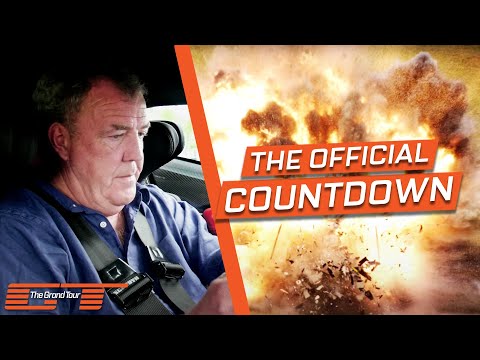