The Goodyear Blimp (the company’s fleet of blimps), one of the oldest marketing exercises still in function, has been the American tire and rubber company’s corporate icon in the sky ever since 1925. Types of blimps used throughout the history

The Goodyear Blimp: From Marketing to Military and Back

But before we move on with the story of the Goodyear blimp fleet, we must talk a little bit about the evolution of the airships. The first type of blimps were rigid airships, which used an internal frame made out of aluminum and required the vehicles to have a large size for a good weight to volume ratio. The next step was represented by the semi-rigid type, which usually featured a rigid lower keel construction and a pressurized envelope above that. Modern times have seen the other types of blimps being replaced by non-rigid airships. These rely on the internal pressure of the lifting gas (non flammable helium) to maintain the shape of the envelope. However, the helium’s pressure is maintained at a low level, so that small punctures do not affect the vehicle.The Goodyear airship manufacturing timeline 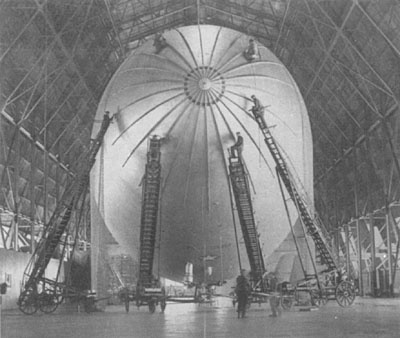 Goodyear made the first steps in the aviation industry in 1910, establishing a dedicated aeronautics department that handled rubber impregnated fabrics and coatings for airplanes and lighter-than-air airships. The company’s first airship was born two years after that.

In 1916, Goodyear debuted the construction of the Wingfoot Lake Airship Base, which today is the oldest airship base in the U.S. Airship production at the site was debuted in 1918, after the company had build airships in a large amusement park building in Chicago, with the U.S. Navy being the first customer. The base also became a training site for the the Army and Navy’s pilots, who were taught how to fly airships, observation balloons and free balloons by Goodyear instructors.

In 1919, Goodyear introduced its own, branded, airships, building the Wing foot Express and three Pony blimps. The company built and operated the first commercially licensed blimp in the U.S. in 1925, a single-engine airship dubbed Pilgrim. The company went on to develop its own fleet of blimps, with the ships’ size seeing an increase in the following years. 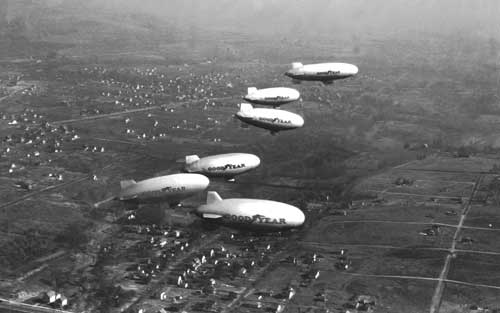 By 1930, the fleet’s itinerary included over 42 states, with the Goodyear ships spreading the company’s image. The blimps were fitted with neon night sign panels, allowing the company to be represented non-stop.

Goodyear’s engineering and manufacturing teams had developed impressive skills on airship capabilities. This led to the expansion of the Goodyear Aeronautical Department, which became the Goodyear Zeppelin Corporation. The new company was aimed at building generously-sized airships for the U.S. navy.

The tire company’s airships and the ones built for its customers crossed paths during World War Two, when two of the first were transferred directly to the Navy, one with the entire staff. In 1942, the Wingfoot Lake facility was expanded with more airships being built and erected there to serve the U.S. Navy.

After peace was restored, Goodyear resumed its fleet operations, acquiring seven ships from the Government. The advertising gear was upgraded, as the neon sign panels were replaced with incandescent light panels on some of the blimps, while others were fitted with an incandescent grid for a running sign.

The Wingfoot site expanded its range of products, starting to offer vehicles like amphibian planes and inflatoplanes. By the end of the 50s, the base was focused on supporting the Goodyear blimp fleet operations as well as developing radar microwave components, with the facility changing its name to Wingfoot Lake Test Operations in 1962.

Goodyear’s blimp fleet entered a new era in 1959, the ships receiving a new cab design, as well as refreshed engines. The blimps also featured “Skytacular” four-color running night signs with animation for the first time in the fleet’s history. These proved to be very successful and were upgraded to “Super-Skytacular” signs, which in turn evolved into “Super Skytacular 2” signs. These replaced the incandescent lamps with red, green and blue LEDs.

The Wingfoot Lake factory was closed in 1972, the operations being moved to a new site located in Spring Texas. The Wingfoot Lake site went on to serve Goodyear Airship Operations, serving as a base and and support facility for Goodyear’s blimps.Contemporary Goodyear Blimp 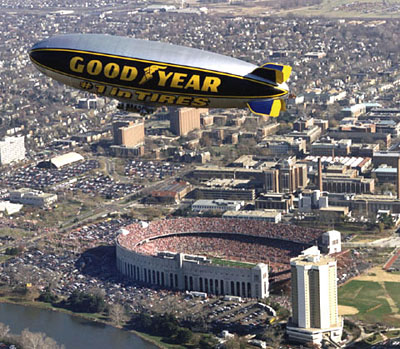 Goodyear’s current blimp fleet is comprised of three airships: Spirit of America, based in Carson, California, near Los AngelesSpirit of Goodyear, based in Suffield Township, Ohio, near Akron, Spirit of Innovation, based in Pompano Beach, Florida. These use a neoprene-impregnated polyester fabric skin and are fitted with modern LED signs dubbed “Eaglevision” that were installed in the year 2000. The displays allow them to showcase multi-colored, animated messages and images. The systems are an updated version of the Super Skytacular 2 applications and are controlled by modern software. The ships reach a typical cruising speed of 35 mph (in zero wind conditions) with a top speed of around 50 mph and offer a maximum range of 900 miles (24 hours of flight without refueling).

But the history of the Goodyear blimps also has a dark side, with several crashes recorded throughout the years. The most recent one took place in June 2005, when the Stars and Stripes airship was caught in a thunderstorm and pushed into trees and powerlines. The accident, unlike some previous ones, was casualty/death-free. 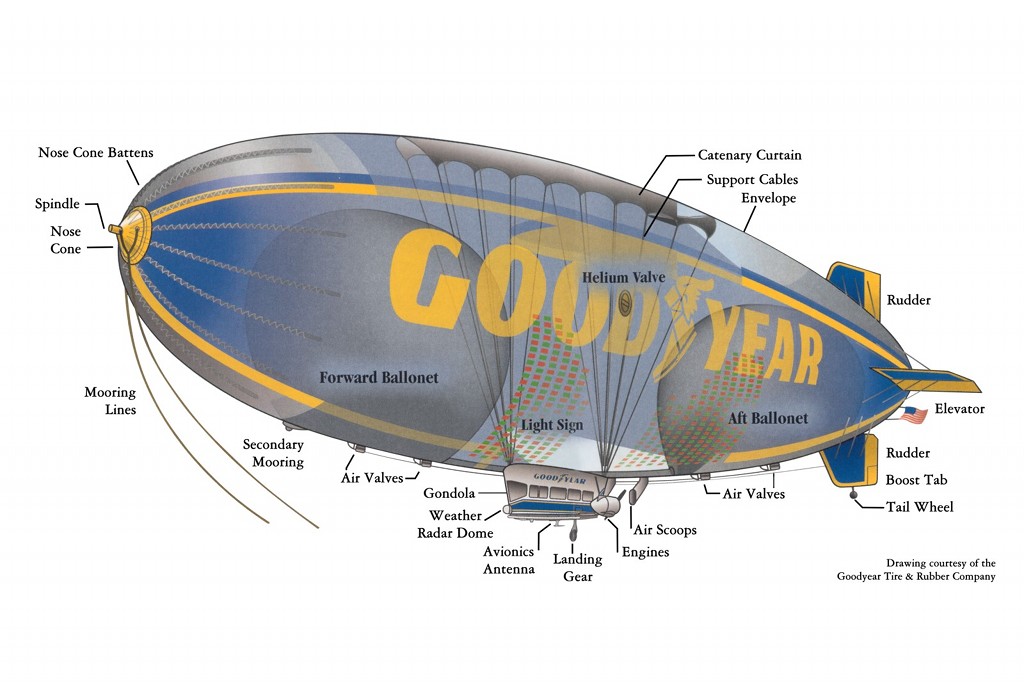 Over the years, the Goodyear Blimp made multiple important appearances, stealing the show during various sporting events and on other occasions.

Today, Goodyear also uses its blimps as camera-support vehicles for various events, as well as to transport corporate guests and members of the press. The company does not allow public rides, albeit this practice has been used in the past. In addition to that, the Goodyear Blimp supports certain nationwide initiatives, the most recent ones being the 2010 Census and the National Tire Safety Week.

You can take a virtual ride in a Goodyear blimp by watching the video bellow: