The Golf VI gets Five EuroNCAP Stars Before the EuroNCAP Testing 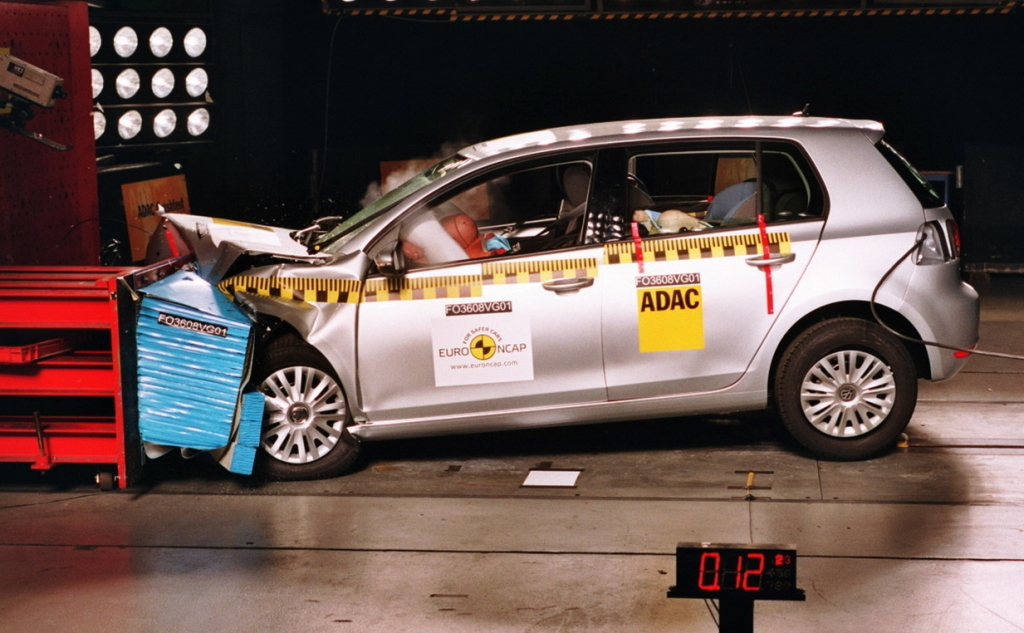 Preceding the actual EuroNCAP test, the German Automobile Association (ADAC) has performed a similar crash-test on the new Volkswagen Golf VI (or “V and a half” as some people put it). Following the same crash-test criteria as the official European NCAP organization, the latest iteration of the car that actually started the segment also known as the “Golf class” managed to score enough points to get the full 5-star rating.

In essence a heavily modified Golf V platform, the sixth generation of the most popular car in Germany (and for a time, the whole of Europe) improved in all aspects, including the safety chapter. Featured as standard are front, side and curtain airbags for the front passengers, plus an improved safety-cell, a driver knee-airbag and crash-deformable areas.

In the frontal crash-test (made at 64 km/h, just like the official EuroNCAP test) the model scored a maximum of 16 points, leaving the passenger cell to display almost no visible trace of an impact, thus securing both driver and front passenger a good chance of survival with minimal chances for injury.

The side impact and side pole tests scored another 18 points out of the 18 possible, giving the Golf VI a total advantage of four points for passenger protection over the Golf V it replaces, which also managed to sneak into the “EuroNCAP 5-star club” but with a lower point rating (33 instead of 36).

Whether this falls into the “great news!” category or it's just “ok” remains to be seen, considering just two simple facts: the official EuroNCAP organization hasn't got their hands on the new Golf just yet, plus, they are planning to switch to a harder-to-beat 6-star rating in the near future.

Check out the mini-gallery below to compare the Golf VI to its predecessor: