5 Jason Bourne Is Back and So Is the Car Action
Car video reviews:
Coverstory

Gene Hackman has been out of the film game for almost twenty years now and ostensibly retired, but he was more than happy to take part in a chance to celebrate the 50th anniversary of The French Connection - and with it, one of the great film car chase sequences in history.

The French Connection: It's Been 50 Years Since They Filmed the 2nd Best Movie Chase Scene

Now working as a novelist, Hackman gave the New York Post one of his first interviews in years and spoke about the gritty William Friedkin classic film which stunned audiences in 1971.

"Filmmaking has always been risky — both physically and emotionally — but I do choose to consider that film a moment in a checkered career of hits and misses," Hackman said. "The film certainly helped me in my career, and I am grateful for that."

As the hardcore New York police detective Jimmy "Popeye" Doyle, Hackman was the lynchpin of a film that instantly entered the hall of fame of cop dramas.

Though the Doyle role was critical to the film, it was watching Hackman behind the wheel during the adrenaline rush of a car chase through Brooklyn on the trail of an assassin for a heroine dealing ring that provided the film with staying power.

Director Friedkin somehow managed to shoot the thunderous chase sequence - with no official traffic control or, for that matter, much in the way of stunt choreography - which resulted in what I would call the second-best car chase scene in film history.

The French Connection was a huge success at the box office and at the Oscars, and it won Best Picture. The film was based on real-life cops Eddie Egan and Sonny Grosso, and the action follows detectives Doyle (Hackman) and Buddy Russo (Roy Scheider) as they track down a massive heroin shipment. But it was the chase scene that closed the film that made it iconic.


During that scene, Doyle chases killer Pierre Nicoli on foot and then loses him as the assassin hops on an elevated train. Doyle then grabs a 1971 Le Mans and starts chasing the train, and he "drove it like he stole it.” Doyle sprints through traffic, crashes into several cars and a dumpster, and nearly obliterate a baby carriage. The bad guy commandeers the train and keeps it rolling until the automatic brakes causes the train to derail and crash into another train.

The scene was filmed in Brooklyn along what was known as the D-train line, and it was indeed filmed without a permit. It didn't hurt that Friedkin has actual detectives Egan and Grosso on the payroll as advisers, and their connections within the NYPD made it a simple matter to get a carte-blanche for the sequence. The team had the department’s full support and thereby skipped official channels. Actual MTA employees took part in the train scenes as transit system rules required trained staff to operate the trains. Despite all the additional preparations, a local resident accidentally drove onto the shoot on his way to work and collided with the Le Mans. The accident actually made it into the final cut of the film.

"The only thing we had permits for was to shoot on the elevated train. I wouldn't do anything like this today," Friedkin said. He added that he was "very lucky" nobody was injured during the shoot.

And it’s easy to see why that sequence became so compelling as the spontaneity of the chase is evident in the resulting film. But according to Hackman, there is one film that includes a chase more gut-wrenching than the one in The French Connection.

"As for the car chase, there was a better one filmed a few years earlier with Steve McQueen,” Hackman says. 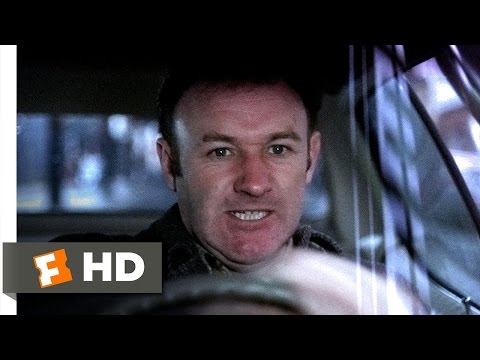 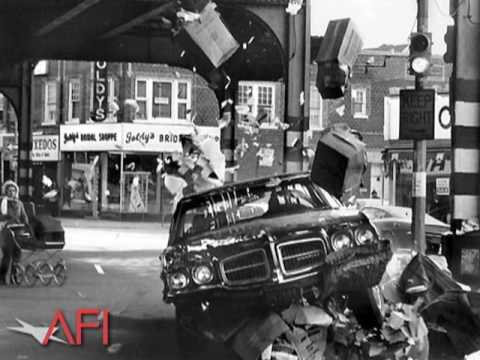