1 Video: Lamborghini Huracan Sterrato Gets Down and Dirty While Racing STO at the 'Ring

Elena Gorgan
File this under “things you didn’t imagine you’d be hearing about today.” The new, highly-anticipated Lamborghini Huracan Sterrato has the first ad out, and it’s become the laughing stock of viewers on social media.
12 photos

Some things can sell themselves, whether by word of mouth, by their exclusiveness or their value as status symbols. The new Lamborghini Huracan Sterrato is both exclusive and a status symbol, as well as the world’s first all-terrain super sportscar, and yet here we are, looking at Lamborghini’s attempt to sell by means of the cheesiest ad ever.

The first ad for the Huracan Sterrato has premiered online, and it’s getting torched by viewers. To say that it’s bad would be an understatement, and also slightly inaccurate: it’s not the ad itself that’s bad, but the mumble-jumble nonsense in voiceover, which wants but fails to serve as aspirational quotes. Or something, we can’t really tell.

“This one’s for you,” a relatively handsome and very annoying dude that’s not driving the Sterrato begins. You’d think this is standard marketing, but it all goes south from there, with something that’s halfway between a spoken verse and the worst Eminem impersonation possible. “Concrete yearner/ Tamer of curves/ Master of speed./ Wear your finest suit/ Dirt is made for it./ Let the showoff begin/ On this new concrete./ Spray paint powder on tires/ That thrive on the rim/ Dust is gold/ Dirt’s for the bold.”

And it goes on and on. “Block out the sun/ Raising red clouds./ On that dry ground/ Make gravel rain down/ Let adrenaline and fun collide/ Spraying grains of dust aside./ It’s no filth/ This is design./ Any amount of grime is fine/ The more you get dirty/ The more you’ll shine./ Dust is gold/ Dirt’s for the bold./ Dust is gold/ Dirt’s for the bold.”

Obviously, the message is that the Sterrato is made for the off-road and that’s where it’s best enjoyed, which we knew already, since that is how Lamborghini presented it back when it was still a concept, in 2019. The idea is that this is a luxury, high-performance car that can also ride on gravel and sand, but somehow, Lamborghini thought a word salad was the best way to show it off.

No wonder then that Twitter is having a serious laugh with this. Reactions range from “this is what happens when you let AI write your texts” to “is this some kind of prank?” and “the only dust involved in the making of this ad must’ve been white” – and others we can’t type here without blushing. The consensus seems to be that Lamborghini took a nice idea with solid execution (that’s some beautiful videography there, no lie!) and ruined it in post-production, with the ridiculous text and even more ridiculous voiceover work.

Also available below is one fan’s attempt at fixing the rubbish ad, in a way that would do justice to such a fine machine.

The new Huracán Sterrato.?
?
The first all-terrain Super Sports Car that ensures authentic thrills on and off the asphalt.?#Lamborghini #HuracanSterrato #BeyondTheConcrete


I suspect dust is white for whoever released this


It's mind blowing how far AI has come!


@Lamborghini don't listen to the haters - this ad is my spirit animal. Next time I get in trouble for not cleaning the kitchen, you can bet your ass I'll be dropping "it's no filth, it's design". 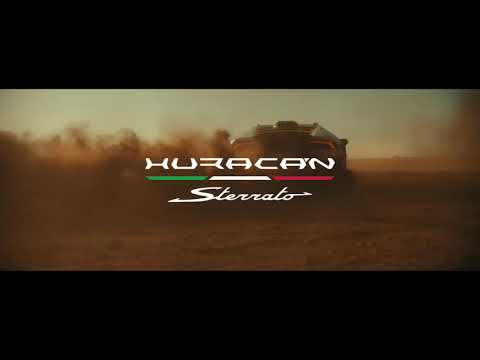