Otilia Drăgan
A lot of eVTOL (electric vertical take-off and landing) developers are competing for the first place, when it comes to the future of urban mobility. Vertical Aerospace claims that, in addition to having developed one of the most technically-advanced aircraft of its kind, it also has more conditional pre-orders than all of its competitors. A new milestone confirms that Vertical is on the right track.
7 photos

With the aviation market estimated at $1 trillion, it’s no wonder that the stakes are high for the new mobility companies that want to become leaders in the near future. Vertical Aerospace seems to be ahead of the other ones, with the largest pre-order book in the eVTOL industry, adding up to 1,350 aircraft worth over $5 billion. These aircraft will be operated by customers from all over the world, including American Airlines, Virgin Atlantic, Bristow, Iberojet, and Japan Airlines (JAL).

Another one of Vertical’s advantages is what it calls “an ecosystem of industry-leading partners,” such as Rolls-Royce, Honeywell, Microsoft, GKN, and American Airlines. Recently, the company also scored an additional $205 million in funding, led by Mudrick Capital. Another recent accomplishment was the launch of a strategic partnership with Heathrow Airport. The two are working on all the requirements for future eVTOL operations, from airport infrastructure and the potential impact on the surrounding communities to regulatory changes.

The company recently unveiled the first full-scale model of its flagship aircraft, the VA-X4. Designed to carry up to four passengers with zero emissions, no noise, and at a cost similar to that of regular taxis, this eVTOL could bring significant environmental benefits, without diminishing performance.

A high-performance powertrain, developed in collaboration with Rolls-Royce, and avionics that are equal to those of the F-35B (the famous fighter jet version that can take-off and land vertically), prove that the VA-X4 is a top-level air taxi. Thanks to its impressive 200 mph (322 kph) speed, it aims to get from Heathrow to London in just 12 minutes.

The official listing of Vertical on the New York Stock Exchange is another milestone confirming the company’s success. The next step is obtaining certification from the European Union Aviation Safety Authority (EASA) by 2024, followed by the first commercial operations, set to begin in the mid-2020s. 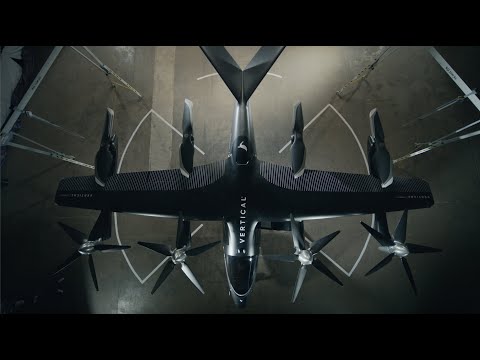