Home > News > Videogames
Bogdan Popa
As the maker of insanely fast cars, Lamborghini has a well-deserved place in the world of gaming, especially because this is pretty much the only way many of us can get behind the wheel of a car that costs more than the house we live in.
12 photos

Needless to say, Lamborghini survived throughout all these years in the gaming world thanks to its unchanged appetite for high performance. Some of its models remain quite a popular choice for those who wanted to test their skills on a digital track in various titles out there.

This is why YouTuber Cars in Video Games has decided to look back at no less than 35 different racing games and create a visual history of how Lamborghini Murcielago evolved during all these years, all starting with the 2002 PlayStation 2 version of Need for Speed: Hot Pursuit.

While the video is quite a feast for the eyes, especially if you’re into racing games, this analysis allows us to observe not only how the Murcielago made it during all these years in so many titles, but also how the gaming industry as a whole evolved and changed. It goes without saying that games have improved a lot thanks to better graphics, and this is how we ended up with super-realistic titles that make us feel almost like we’re driving a real car.

For what it’s worth, the Murcielago itself was a car that was worth every praise. It was produced between 2001 and 2010 to replace the Diablo, and the Italian company built close to 4,100 units. 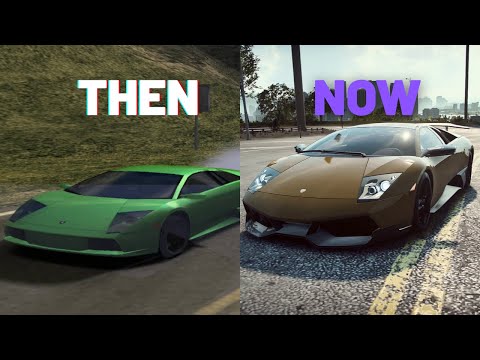