Home > News > Videogames
Cosmin Vasile
Ubisoft has just revealed what’s next for The Crew 2 players, and judging by the amount of new content included in Season 5 Episode 1, the game will keep fans entertained for quite a while. The new season debuts Stories, a brand-new game mode that offers various rewards after completing “unfinished stories.”
7 photos

Each week, The Crew 2 players will get access to two new stories. For each of them, clues will help them trace the origin of the tales. According to Ubisoft, “intuition and observation skills” will be required to successfully finish these stories.

One of the rewards from the longer stories has already been unveiled, and it’s the Porsche 550 Spyder. In addition to the rewards received after completing these stories and in the Motorpass, new vehicle dops will happen throughout the entire first episode of Season 5.

For example, the Ford Crown Victories Interception Unit will be available to purchase from the in-game shop from March 30. Besides the new cars dropping throughout the season, there will be more than 40 new vanity items added to the game.

As far as the Motorpass goes, there are several cars to unlock, such as the Chevrolet Corvette C7 ZRI Gold Nugget Edition, Dodge Challenger SRT Demon Awaken Edition, Ford Mustang Fastback Stunt Edition, and Porsche 911 GT3 RS Splatter Edition. Tons of vanity items can be unlocked for free all the way up to tier 50.

Finally, The Crew 2 Season 5 brings new Live Summits for players who love competing. The first one begins on March 16 with Porsche Addict 2. Also, the first Premium Live Summit will kick off on March 23 and will feature the Indian Motorcycle Scout The Cruiser Edition as a Platinum reward.

On a related note, Ubisoft announced support for The Crew 2 has been renewed for another year. After Season 5, Year 5 will start and will bring three new seasons of content to the game, including new features, gameplay tweaks, and technical updates. The most important one is support for 60 FPS on PlayStation 5 and Xbox Series X. 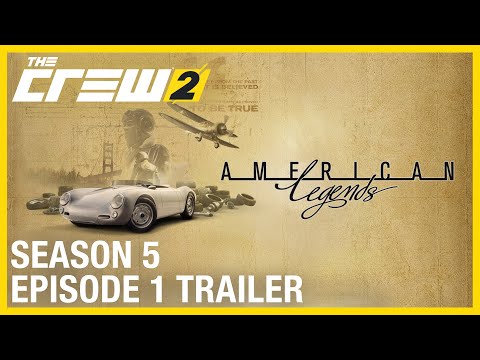