3 Porsche Should Only Make Panamera as a Shooting Brake!

Initially designed "to take gentlemen on the hunt with their firearms and dogs", the shooting brake concept has become increasingly popular starting with the 1960s. However, the niche seems to have gotten a little shaky nowadays, as the shooting brake vehicle tends to lose its sleek two-door status in favor of the "let's extend this four-door coupe's roof backwards and call it a shooting brake" philosophy. Confused? Then check out the Mercedes-Benz CSL Shooting Brake. Excuse my silliness, but every time I see one, that pink mountain lion saying "Exit, stage lelt!" springs to mind. Snagglepuss, is it?

The Coolest Shooting Brakes Ever Made

Home > News > Coverstory
Ciprian Florea
Before I get more wise ideas and start dragging Yogi Bear into this, let's head back to the 1920s, when SUVs weren't even envisioned, though tourers were comparable in size, and available cars weren't quite suited for a long weekend's hunt. It was a time when "brake" was used to describe a chassis and "shooting" was all about guns and bears or deers on the other side of the barrel. Actually, the shooting brake term is older than the car itself, as it was used in the United Kingdom to describe carriages used to move shooting parties around.

Being a passionate hunter in the early 20th century must have been pretty tough when you had to carry all your equipment, your friends, your family, and so on. In order to get a suitable car, you had to appoint a coach builder to make you a station wagon from an existing car. Having cars built like that wasn't uncommon back in the day, because many automakers such as Bugatti, Rolls-Royce or Duesenberg were providing rolling chassis. But it wasn't cheap by any means, hence very few such pre-shooting brake vehicles were built. The production shooting brake started to appear in the 1950s (the Chevrolet Nomad comes to mind), but it wasn't until the 1960s and 1970s when these type of bodies started to flourish, as more and more enthusiasts wanted a special custom-designed station wagon based on exquisite cars, such as Aston Martins or even Ferraris.

Speaking of Aston Martin, I am aware that the DB5, DB6 and DBS shooting brakes are extremely popular, and no serious Top 10 should be conceived without at least one of them, but those British masterpieces aren't among my all time favorites. Being devoted to a car is of course subjected to subjectivity, so to speak, but I like to think that I have enough sane reasons to like at least three shooting brakes more than any two-door wagon-tailored Aston Martin.
Jan Wilsgaard's Baby 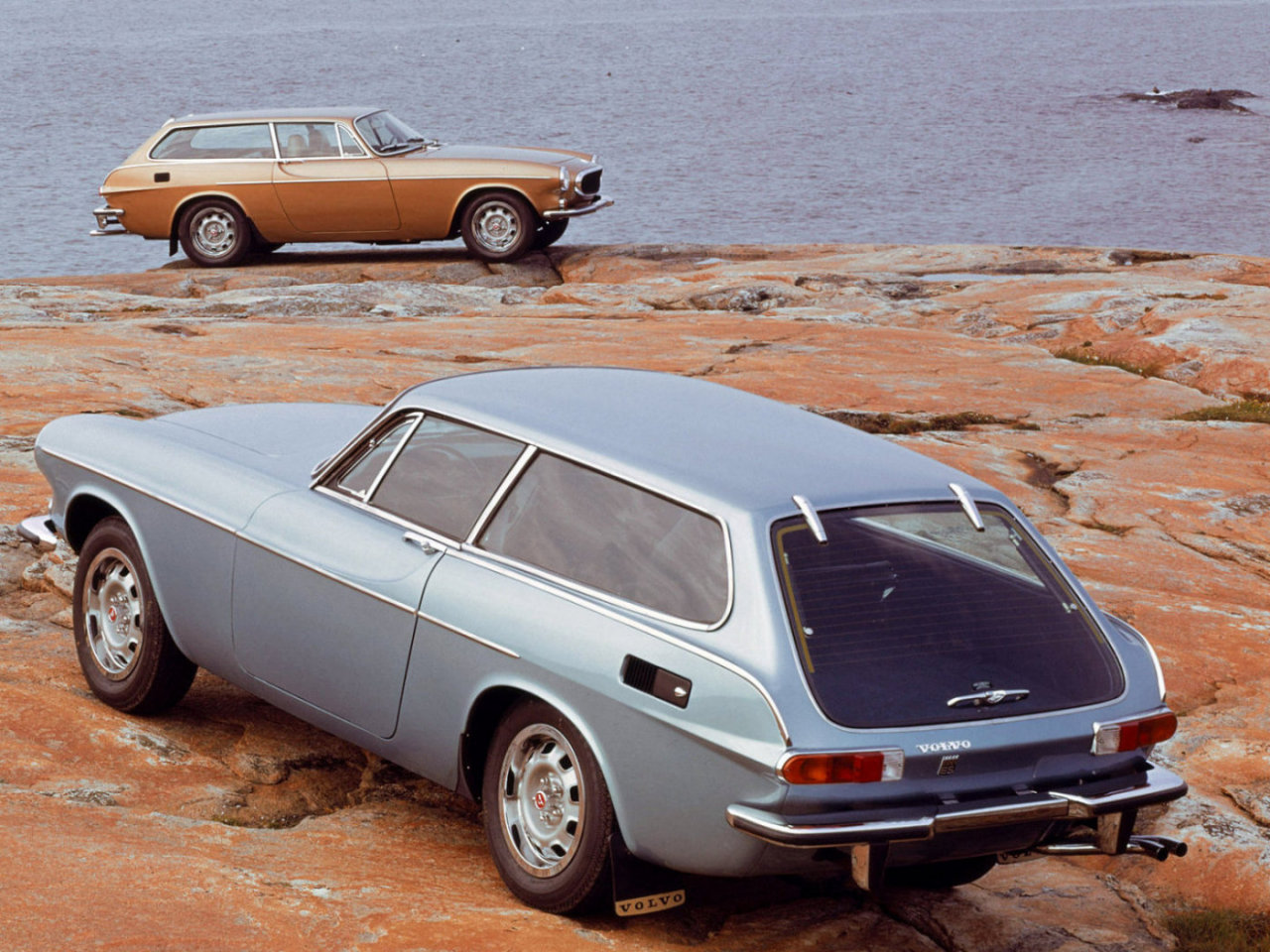 When it comes to production shooting brakes, there's one vehicle that really stands out: the Volvo 1800ES. Created by in-house designer Jan Wilsgaard, after Volvo had declined two prototypes envisioned by Sergio Coggiola and Pietro Frua for being "too futuristic", the 1800ES was an authentic coupe station wagon. Not as fast or as powerful as an Aston Martin, the Swedish shooting brake, which was based on the popular P1800 notch coupe, also known for 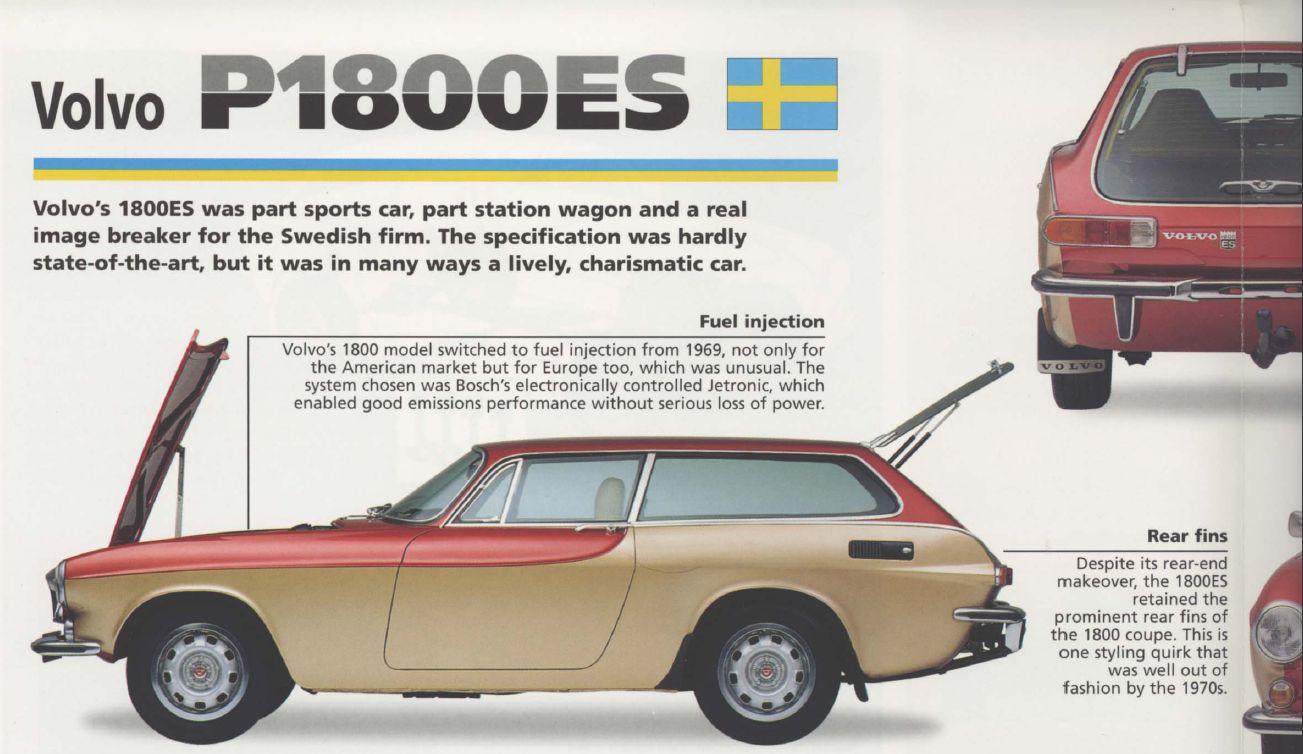 being driven by Roger Moore in "The Saint" TV series, had an all-glass tailgate and folding rear seats.

8,077 units were built in 1972 and 1973, after which production was halted mainly due to the increasingly rigorous safety requirements in the US. Volvo considered updates to be too expensive and simply pulled the plug on the 1800ES. 8,077 examples aren't that many when compared to large volume cars, but among shooting brakes is a respectable, if not huge amount. Thus, thousands of Volvo 1800ES models have survived and a lot of them can be had for decent prices, cheaper than a new mid-size sedan. Classic, great-looking, affordable? It had all that, and in my book, that beats exclusivity.
Vignale's Fairwell 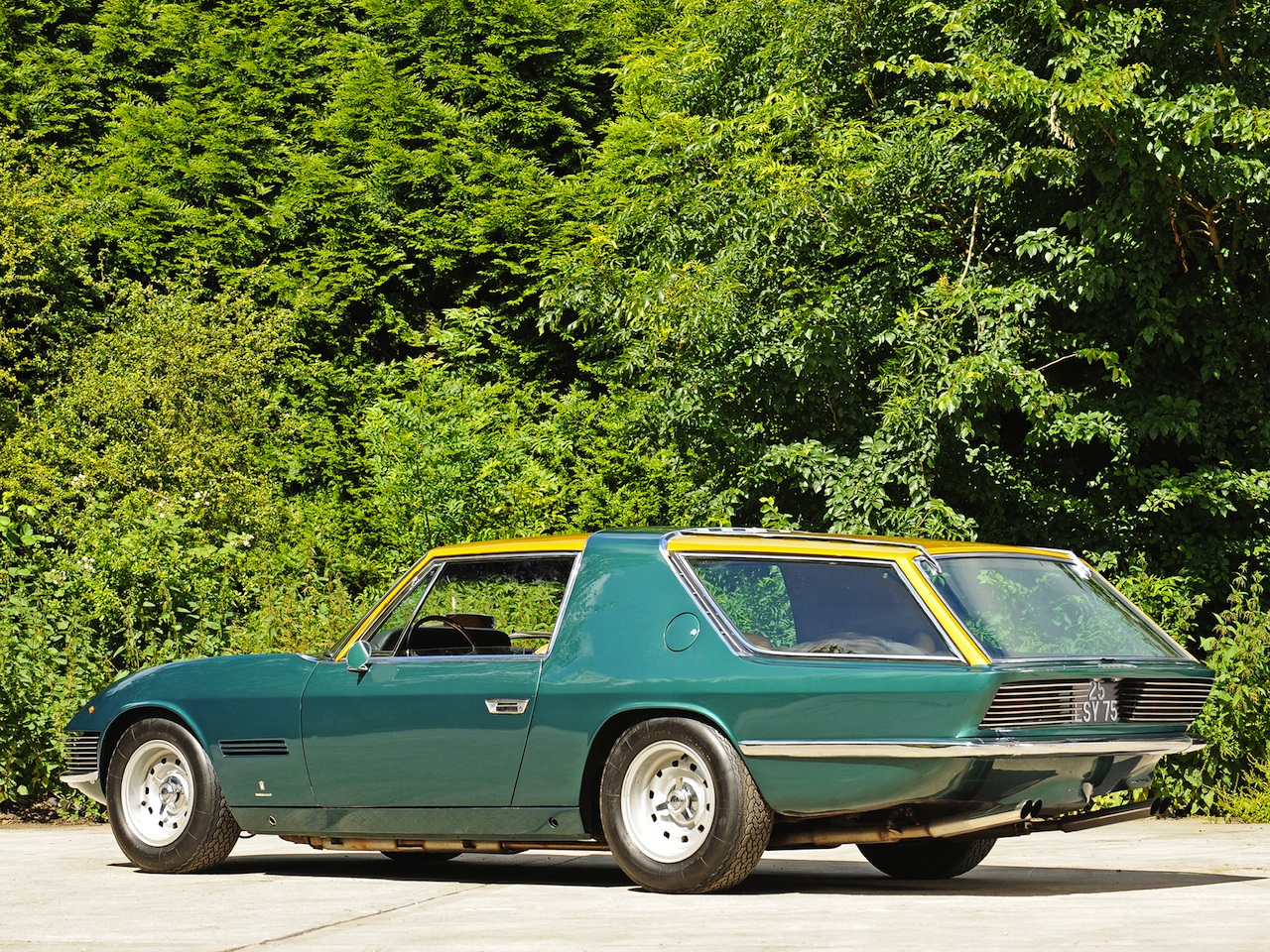 The first Ferrari shooting brake, the 250 GTO SWB "Breadvan", was built in 1962 by Gioto Bizzarini. It was actually a humpback version of the infamous race-winning 250 GTO, and was subsequently entered in the 1962 Le Mans 24 Hours. The second shooting brake made out of a Maranello-built car came six years later. Shaped on the 330 GT, the Vignale "wagon" was ordered by renowned US Ferrari importer Luigi Chinetti. It sparkled from "Coco" Chinetti's mind and was 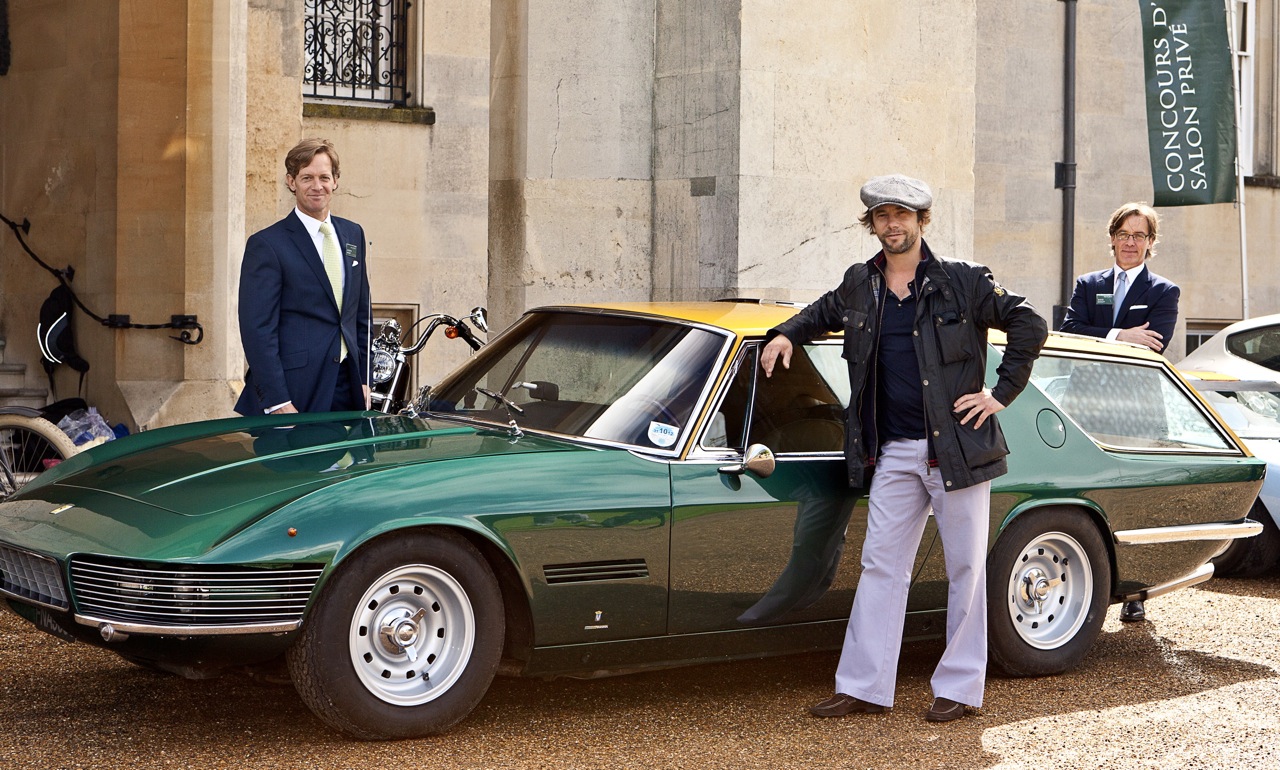 brought to life by Alfredo Vignale, who died shortly after. Unlike other shooting brakes, the 330 GT Vignale was rebodied almost completely, with only the windshield and the doors being kept from the original 330 GT 2+2 that was used as a base car.

Still considered one of the strangest Ferrari to survive to this day, the Vignale was unveiled at the 1968 Turin Show. Since then it has travelled from Philadelphia to Virginia and then to Paris before finding its peace in Jay Kay's garage. The Vignale's specs are still impressive after 45 years: 305 HP coming from a 4.0-liter V12, 0-62 mph (100 km/h) in 6.3 seconds, and top speed rated at 152 mph (245 km/h). You know what I like most about it besides the intriguing design? The yellow over green paint job. Who says a Ferrari has to be red anyway?
The Type K Concept 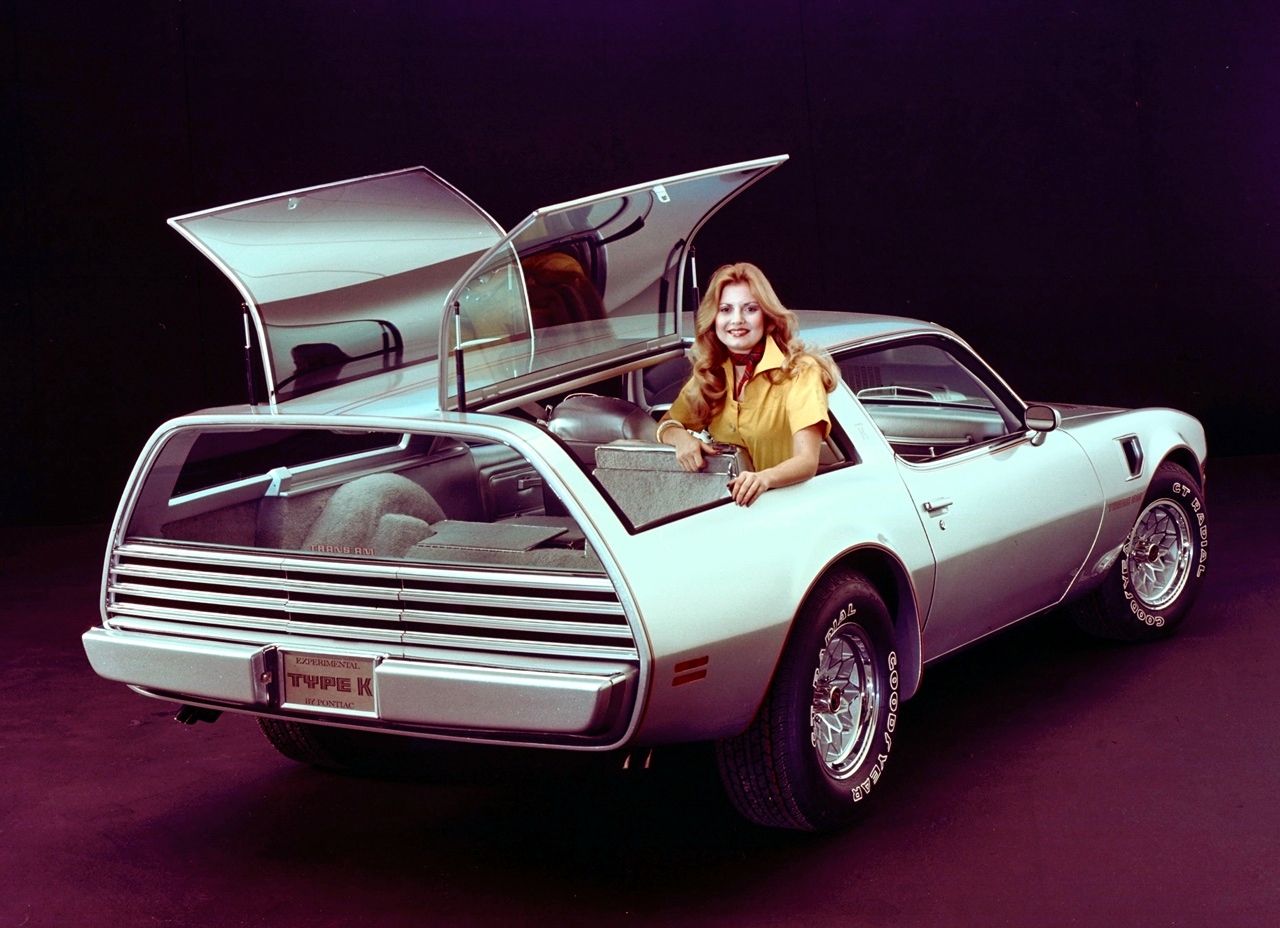 Musclecar-based shooting brakes are often left aside when praising such fine and rare vehicles. OK, there aren't too many of them, but it's unfair to say the least. Why? Because... well, because musclecar. When talking about the 1972 Oldsmobile Hurst Vista Cruiser (google it, it's the Devil's station wagon), a friend of mine said "think about how fast could a mother have gotten her kids to soccer practice if she had a 455 engine (7.5-liter V8!!!) in her wagon?". Some of you might not realize it, but this kind of argument might have worked! Pontiac had dropped the 7.5-liter V8 by the time the first Firebird-based Type K concept was built in 1977 by Pininfarina, but the now defunct company still had the 6.6-liter W72 in 1978, which was big enough.

Did I startle you by mentioning Pontiac and Pininfarina in the same sentence? Not to worry. The initial Type K was designed in 1977 by David Holls and Jerry Brockstein under the direction of General Motors. Italian automotive designer and builder 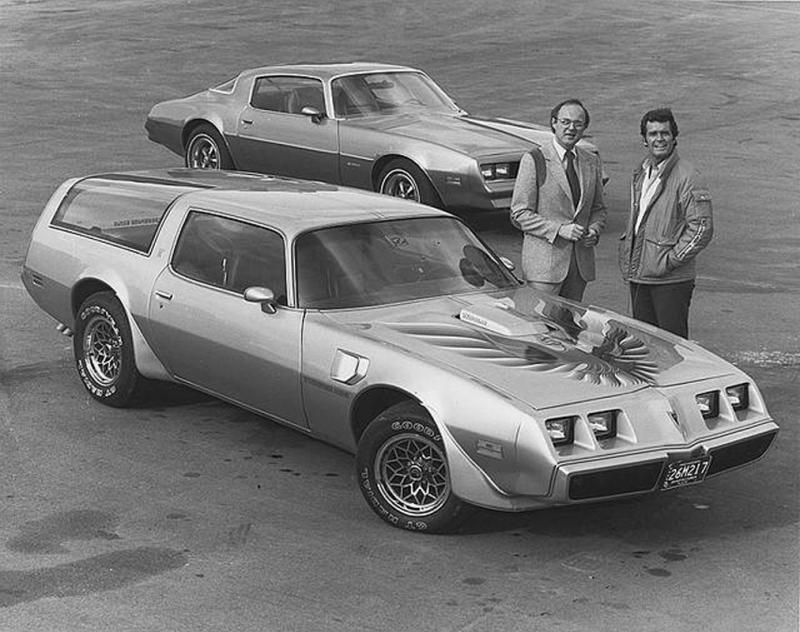 Pininfarina was later commissioned to have two metal-bodied Type Ks (the prototypes were built out of fiberglass) manufactured. Painted silver with red interior and gold with beige upholstery respectively, the twin shooting brakes sported glass gullwings in the back and were received enthusiastically as they were showcased around the US. The reception made GM ponder a limited production series with a price of $16,000 (almost triple than the 1978 Pontiac Trans Am coupe), but it never happened. Word has it that the gold-painted Type K was destroyed, while the silver car is still out there somewhere. To this day, and I'm sure most enthusiasts agree, the Trans-Am shooting brake remains a mind-boggling case of "what if?"...

There's a great deal of cool shootings brakes to be buttered up. Most of them are a rare sight, while others may show up on your daily route. Cars such as the Ferrari FF or the Volvo C30 have managed to keep the shooting brake flame alive to this day. I'm sure each and everyone of you has grown to like at least one specific sleek two-door station wagon. Now do tell, what's you favorite shooting brake?