The CLS Shooting Brake Facelift Will Not Reach US Shores

Unfortunately, we will have to present you with a mea culpa for the speculative article about the Mercedes-Benz CLS Shooting Brake we wrote earlier.
1 photo
As it happens, the facelifted CLS Shooting Brake (X218) is actually not heading for the United States market, despite what we though after watching such a model driving around what appeared to be New York and sporting US-specific amber lights and/or Michigan license plates.

Right after breaking the rather speculative story, we reached out to the CEO of Mercedes-Benz USA, Steve Cannon, who quickly dismissed it by simply saying “no shooting brake for the US.”

There is obviously a good reason for why the Mercedes-Benz CLS Shooting Brake in either facelift or pre-facelift variant hasn't been available in the United States, as the American market has reached a time where station wagons are considered niche models, with consumers straying away from them in order to buy crossovers and SUVs.

The costs associated with retooling and fitting an European car with US-specific appointments is obviously a bit much when talking about a model which occupies a small niche in other parts of the world as well.

This why the only Mercedes-Benz station wagon currently available in the US is the E 63 AMG S-Model Wagon, which was probably brought over just to show Cadillac how a stupid-fast wagon should be like.

There are probably US-based Mercedes-Benz aficionados who would have enjoyed a CLS Shooting Brake, but according to MB USA's strategy you can probably count them using your fingers, so getting one in the land of the free doesn't represent a good business case. That is too bad, if you as us.

Meanwhile, our American readers can check out the following video with the facelifted CLS Shooting Brake and see what they are missing: 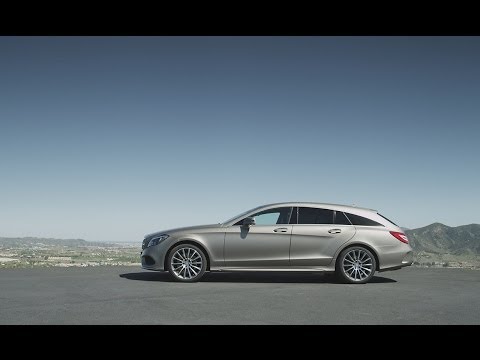