4 Get Married in Space, on Board the Neptune One Space Balloon

5 You Can Now Book a $125K Seat to Fly With a Space Balloon Into the Stratosphere
Car video reviews:
Coverstory

Space tourism is a budding niche of space exploration that’s been getting a bad rap. Critics say it’s bad for the environment and, at the end of the day, just another way for big companies to get even more money from rich people looking for their next big thrill. But at least it will be entertaining.
26 photos

World View, a relatively new startup that plans on launching people to the edge of space in a capsule tethered to a space balloon, has announced a new partnership and, this time, it’s one for the history books. The Chainsmokers, one of the most lucrative musical acts of recent years (beating even Taylor Swift), will become the first artists to perform in space. At the edge of it, to be more accurate.

The Strato-Balloons with Explorer pods will launch with private customers (six guests and two crew members) in early 2024, with a ticket currently selling for $50,000 and a $500 reservation fee. On one of these inaugural flights, the space tourists onboard will be treated to live music by The Chainsmokers.

Drew Taggart and Alex Pall will perform live for the guests, but they will also record the performance for later use. Along the way, they will become the first musical act to ever perform at such an altitude: the space balloon ride goes all the way to 100,000+ feet (30 km) and lasts between six to eight hours.

World View CEO Ryan Hartman says that the idea for the live performance, by The Chainsmokers nonetheless, came to him after he saw his son singing along to their songs and thought a live performance would inspire “new perspectives” that might “lead to a radically improved future for our Earth.”

Like other space tourism initiatives, this one too claims to ultimately benefit our planet, if only for the fact that seeing the Earth from up above will inspire and motivate people to do something about saving it once they get back on solid ground. Entourage actor Adrian Grenier, officially Chief Earth Advocate for World View as of April this year, will make sure that they push forward with their good intentions by welcoming them on the ground and directing them to organizations and non-profits that can help.

Here’s a video of The Chainsmokers’ live set at Lollapalooza Chicago 2019. For those of us who can’t afford a $50,000 space balloon ride to see them in person. 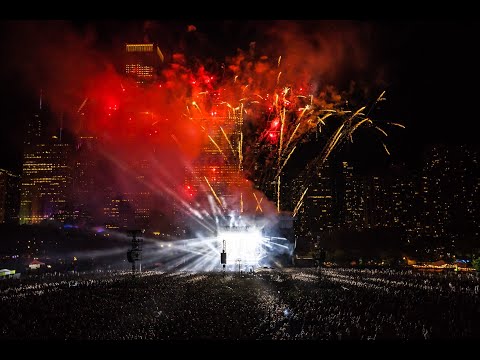